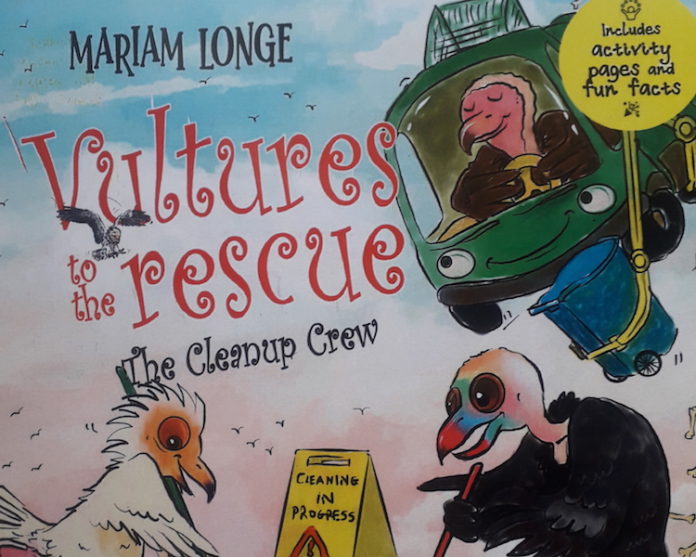 In step with her advocacy work in environmental conservation and sustainability, Your View Co-Host, Mariam Longe has taken her campaign into a literary platform with the release of the children literature titled ‘Vultures to the Rescue: The Cleanup Crew.’ Illustrated by Oluwaseyi Alade, the book fills the void in formal education in the area of environmental studies.

Through the delightful illustrations of the characters, Longe tells the stories of the misconceptions around vultures and the economic value of vultures to man. Dogs may be called man’s best friend but vultures are indeed man’s protector.

Alongside the epic plot of the story, Longe provides a glossary for the book to deepen the understanding of its vulture vocabulary rendered in both English and Hausa languages. Other fun aspects of the book include crossword puzzles, trace, draw and painting exercises.

In a foreword written by the Director General, Nigerian Conservation Foundation, Dr. Muhtari Aminu-Kano, it was revealed that the vulture population in Africa had declined by over 90per cent.

“Without vultures, diseases like anthrax, rabies and tuberculosis would spread as vultures feed on dead animals,’’ he said.

Longe, in the past two years, has supported the Nigerian Conservation Foundation’s campaign to address vulture conservation in Nigeria with the #SaveVulture Campaign. As an ambassador of the foundation, she has been very vocal about vulture preservation.