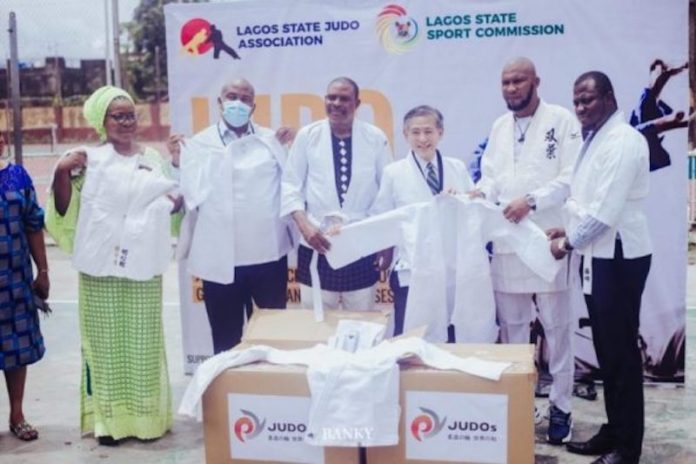 In fulfillment of the promise made in 2021, the government of Japan has donated judo equipment to Lagos State.

Speaking during the presentation of the first set of equipment to the Lagos State Judo Association (LSJA), the Japanese ambassador to Nigeria, Matsunaga Kazuyoshi said they are ready to improve the profile of judo in Nigeria and Lagos being a sports loving state would continue to benefit from the gesture of Japanese government.

He specifically hailed the efforts of the Chairman of LSJA Sheriff Hammed whose vision and passion for the sport has brought vibrancy to judo in the state.

He said the donation would not be a one-off gesture but a continuous one that would help to improve the fortune of the sport in the state.

“I am so happy to be here today because what we are doing here today is to fulfill the promise I made on September 2021 where I promised to support the state with some equipment. Fortunately, when I went back to Japan, I was able to talk to an NGO in Japan who are eager to give judo equipment and this is just the first set of equipment and we believe this will be a continuous partnership that will help to teach the athletes the virtues of judo like respect, rule of law, discipline and diligent which are part of democracy and economic development. Some of the things I know now were what I got from doing judo. So, judo goes beyond sporting activity but an art that can help to shape someone’s life,” he said.

He said the donation is also part of the sports diplomacy between Nigeria and Japan, while assuring the state of more support to other sports in the state.

For the chairman of LSJA Hammed, the gesture of the Japanese government would help to increase the popularity of the sport as well as encourage more people to take up the sport.

He however appealed to the Japanese government to help rehabilitate their judo hall at the Mobolaji Johnson Sports Complex in Rowe Part in order to inspire more athletes and create an enabling environment for the sport to thrive in the state.

The Director General, Lagos State Sports Commission (LSSC) Oluwatoyin Gafar who was represented at the event by Director of Sports Development in LSSC Moses Kolawole, thanked the Japanese government for their generosity toward the state while promising that the equipment would be well utilized to groom world beaters in the sport.

Demonstration was performed by the judokas to the admiration of the ambassador. 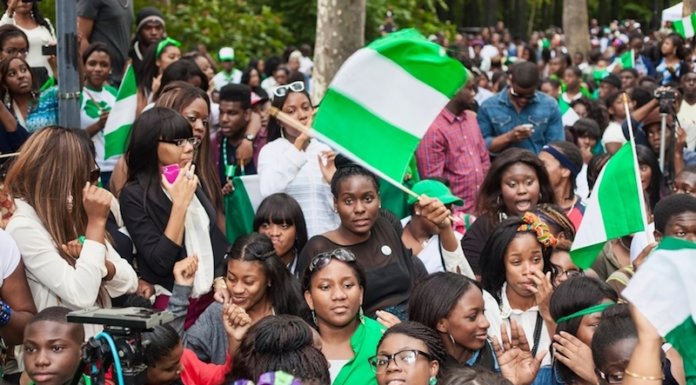