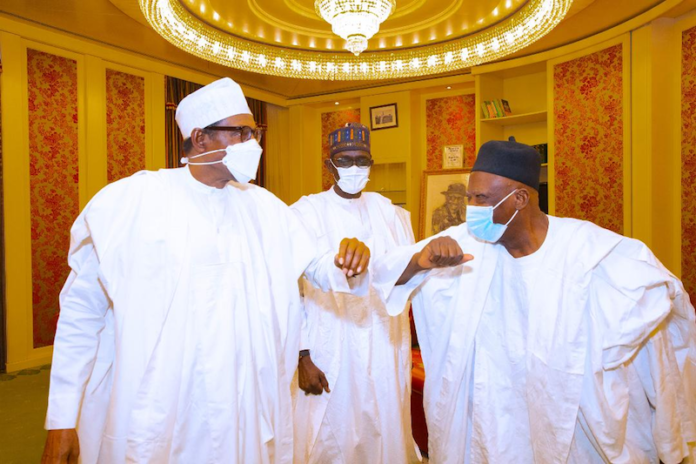 *Adamu: I am now in charge
Deji Elumoye in Abuja
President Muhammadu Buhari yesterday formally received in audience the new National Chairman of the ruling All Progressives Congress (APC), Senator Abdullahi Adamu, at the State House, Abuja, with a call on the party chairman to be firm and fair in his dealings with officers and members of the APC.

The president urged the new party chairman to be fair and firm as he was known to be, in all his dealings.He also gave assurance to the party and the nation that he would continue the struggle to entrench democratic principles in politics and the affairs of governance.

According to him: “Today, we should all be happy that the party has nursed its wounds and healed itself sufficiently to march forward to face the challenges of the coming state and general elections. “The president expressed confidence that the APC would continue to enjoy the confidence of the people by winning future polls based on the performance of his government in the last seven years.

“When I reflect on policies of the administration on the economy and specifically in the development of agriculture, infrastructure, ICT and innovation and the welfare measures we have put in place for women, the youth and the less privileged members of the society, I get fresh confidence that our citizens will continue supporting the APC in our electoral battles,’’ he added.Buhari further said: “Our government is working for the betterment of the country. Our policies and programmes aim at nothing but the betterment of the country and its people.

Essentially, the party should take the programmes of the government to the people to infuse confidence into them.”The president who is also the party’s national leader also commended the Mai Mala Buni-led Caretaker and Extraordinary Convention Planning Committee for the conduct of the congresses and convention leading to the emergence of the Adamu-led National Executive Committee (NEC) saying “we cannot thank you enough for all that you did.

”Speaking to newsmen after meeting with the president, Senator Adamu said he was in the State House to inform the president that he has been handed over the leadership of the APC and now in charge, adding that he would be honest and would take the trust on him with every seriousness and patriotism.

He said: “I am in charge of this party, and by the grace of God, we will be honest, we will take the trust they entrust on us with seriousness and every sense of patriotism.”According to him, it was his first official visit to the President since the party concluded its national convention on March 26, 2022.“We all need our father, the president of the Federal Republic of Nigeria, President Muhammadu Buhari.

Since the end of the convention that took place on 26th of March, we have not come to meet him to thank him for providing leadership for the party to have a successful convention.“The opportunity came today, so I am here with the immediate past chairman of our great party in the person of the governor of Yobe States, who headed the special Caretaker committee that organised a very, very historic national convention, since the history of democracy in this country, First Republic, Second Republic, up to where we are today.

“I don’t remember any convention that there were misgivings about the possibility of its success than this one. We came out clean and we thought the leadership that Mr. President provided to the party has made all this possible. So I came with my predecessor to touch base with the President,” he added. 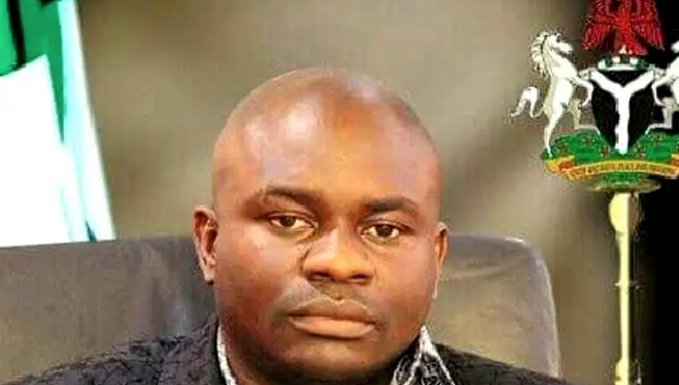