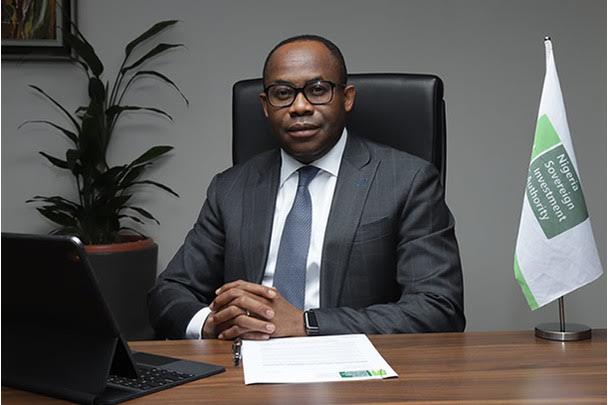 Dike Onwuamaeze writes that the Second Niger Bridge under construction by the Nigerian Sovereign Investment Authority will help fill a major infrastructure need in the country, especially the South-eastern region

Indeed, the country’s infrastructure deficit has over the years stymied its economic growth as the challenges of the absence of critical infrastructure continue to impact negatively on the cost of doing business, investment, and capital inflow into the country.

In Nigeria, sectors that require huge investments but have continued to suffer due to paucity of funds and lack of political will include housing and highways, ports, airports, dams, bridges and tunnels, water and telecommunication.

That was why when President Muhammadu Buhari on October 8, 2020 made a promise to Nigerians that his administration would complete and commission the Second Niger Bridge before the end of his tenure in 2023, not many people took his promise seriously.

And the reason why many people took the promise made by the President with a pinch of salt was because several administrations had also made similar promises over the years, but failed to execute it.

The Second Niger Bridge was first proposed during the 1968/69 political campaign by the National Party of Nigeria. It was stalled by the General Ibrahim Babangida’s administration in 1993 and subsequent military governments also gave little attention to the project. The neglect continued under the People’s Democratic Party’s 16 years rule and nothing was achieved on the bridge.

However, today, following the leadership shown by the Nigeria Sovereign Investment Authority (NSIA) and the support of the President Muhammadu Buhari-led administration, the total infrastructure of the bridge, which includes road, bridge and interchange and others, is at 84 per cent completion, but the bridge alone is at 91 per cent completion rate.

The completion date for the project has been fixed for October this year.

The second Niger bridge is one of the three projects being funded from the Presidential Infrastructure Development Fund (PIDF). The other two projects are the Abuja-Kaduna-Kano Road project and the Lagos-Ibadan express road project.

The PIDF is a special fund set up by Buhari and managed by the NSIA. The NSIA brought some of its own capital, the capital provided by the federal government and the fund return to Nigeria as Abacha loot.

One of the objectives of the bridge is to minimise traffic congestion on the old Niger bridge and to strengthen connectivity in the entire South-East region.

The project also involves the construction of 3.3km Approach road on the Asaba side and 7.0km approach road on the Onitsha side of the main bridge, scheduled for completion in October 2022, toll plaza at CH25+700 which consists of eight lanes in each direction, scheduled for completion in October 2022, and site clearing of the Right of Way (RoW) including the removal of all bush, trees and shrubs.

The Approach Roads will drive traffic to the bridge via two 17.5km Approach roads on either side of the bridge and enhance the project’s viability.

To demonstrate the commitment of the federal government to the timely delivery of the project before the end of this year, the project has within the last one month, experienced two major inspections from two high-powered delegations of government.

The first visit to the project site within the last two months was by Buhari who was represented by his Chief of Staff, Prof Ibrahim Gambari.

He was accompanied on the inspection by the Minister of Works, Babatunde Fashola; Minister of Labour and Employment, Dr Chris Ngige; the Managing Director of the Nigerian Sovereign Investment Authority, Uche Orji; and other top officials of government.

During that visit, Fashola had stated that contrary to what people claimed two years ago that there was no bridge, the fast pace of work on the site against all odds had shown otherwise.

“What I said was the bridge link will be completed around February or at the latest the end of the first quarter.

True to Fashola’s prediction, the linking of the Second Niger bridge was done on April 2 in the presence of the Minister of Finance, Budget and National Planning, Mrs Zainab Ahmed; the Chairman, Board of Directors of the NSIA, Mr Farouk Gumel, the NSIA Managing Director, Uche Orji; and the Deputy Governor of Anambra State Gilbert Ibezim during a tour of the project site.

Ahmed, who was visibly excited when she saw the architectural masterpiece of the bridge commended the NSIA and Julius Berger on the pace, and quality of job so far done on the project.

The bridge has been linked, all engineering works completed and the only thing that is left for the project is just the finishing.

The Minister said, “Today is a very significant day in the construction cycle of the second Niger bridge. This is one of the most iconic projects in the country costed at an initial contract cost of N206 billion.

“Today, we have been able to fund this project with N157 billion and I’m here to see where all this money is going to. And also, the significance of today is that the two ends of the bridge are being put together and this is the final phase of the work in truly competing the project and the finishing work of the bridge.

“So technically, I can report to Mr. President that I have seen where all the N157 billion has gone to. This is a project that is very dear to the President and it is designed to uplift the lives and livelihood of the people of the South-East and other parts of the country.

“And we do hope that when this project comes on stream, it will ease traffic, will enhance commercial activities and improve the lives of the people of the state.

Even without it being commissioned, the developmental impact of the project is being felt as over 20,000 jobs have so far been created for Nigerians living in the states within the bridge.

Ahmed alluded to this fact when she said, “I am happy to see the ladies I am seeing at the construction site, not all men. Julius Berger has brough some very unique innovations in the construction of this project and I want to on behalf of the government and people of Nigeria applaud the skills of the construction workers that have been working on this site.”

Speaking on the project, the Chairman, Board of Directors, NSIA, Mr. Farouk Gumel said: “The Board is pleased with the quality and pace of work. Undoubtedly, the 2nd Niger Bridge is a vital piece of national infrastructure.

“With the construction now over 84 per cent done, it will soon begin to confer on this axis, reduced travel time and minimal traffic which will in turn increase economic activities and enhance the connection between northern and southern parts of the country. A Nigeria that is suitably connected with world class infrastructure is the Nigeria of our dreams and this road will help in achieving that.”

One thing that was also a source of concern during the initial stage of the implementation of the project was the issue of compensation.

But this is no longer a challenge as significant number of the settlements that were affected by the project had been adequately compensated.

But the NSIA’s Managing Director, Mr. Uche Orji, during the inspection tour explained, “Regarding compensation, this is an ongoing affair, we ‘ve paid significant sums earlier and there are still some more compensations to be made to some areas as we continue work.

“As you can see, the bridge itself is 11.9 kilometers, there is still 17 kilometers of road on this side and the Asaba end of the road that will be paid.

“Assessment is still being made for compensation but I can assure you is that the directive we have from the president and from the minister and our board is that adequate compensation is paid to everyone who is affected.”

Orji also confirmed that out of the total project cost of about N206 billion, only N157 billion had been spent on the infrastructure, which is central to the south-eastern Nigeria and the nation as a whole.

“The total project cost is estimated at N206 billion. So far, about N157 billion has been expended on the project. It doesn’t mean that the outstanding sums won’t be utilised. This is just the expenditure to date.

“As it stands, the entire stretch of infrastructure i.e. road, bridge and interchange etc is about 84 per cent done at this point while the bridge alone is over 91 per cent done,” he said.

According to Orji, while in terms of percentage, the major works have been done, the finishing works are quite extensive and would take a few months, stretching into October this year.

Clearly, this all-important project when completed would help in filling a major infrastructure gap in the country.

“And we do hope that when this project comes on stream, it will ease traffic, will enhance commercial activities and improve the lives of the people of the state”