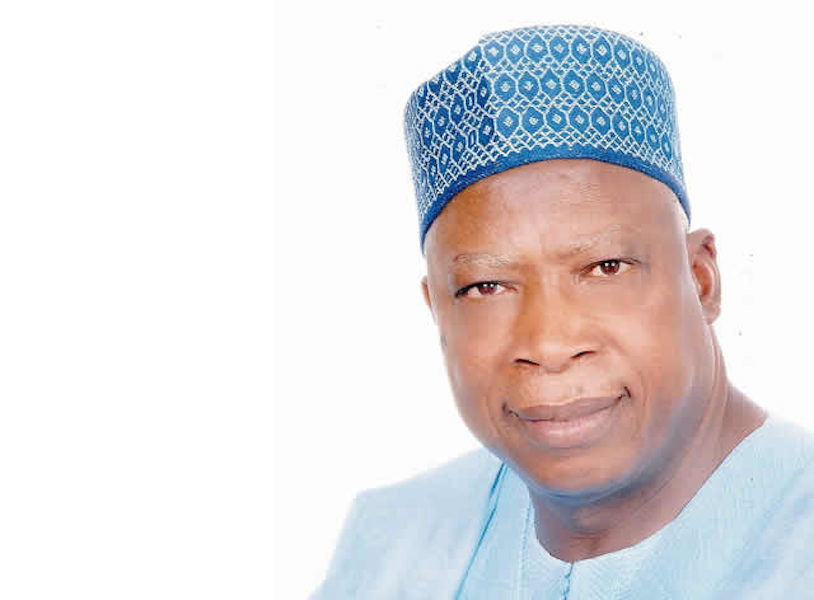 Suffice to maintain that Senator Umaru Tanko Al-Makura had declared his intention to contest  the  National Championship position of the All Progressives Congress (APC) quite early enough and had been all over the place selling his candidature across the length and breadth of the country in order to convince the  delegates to the national convention of the party.

Instead, when Senator Adamu was made to chair the reconciliatory committee of the APC to settle lingering crises among party members in various states of the federation, many people did not get the hint  that he had his eyes fixed in that seat. He did not make his interest known. As it has been stated in some quarters, Adamu used the contacts he was making for the reconciliation to canvass support for his ambition to be the national chairman of the party.

Nevertheless, the governor of Nasarawa State, Abdullahi Sule, had repeatedly stated, during the build up to the APC national convention, that Al-Makura remained the candidate the state was putting forward and campaigning for.

As soon as Adamu made public his ambition, tongues had wagged in, especially in Nasarawa State, thereby re-igniting the feud between the two political gladiators in the state. Whereas the Al-Makura camp is striving to teach Abdullahi Adamu the political lesson of his life, Abdullahi Adamu, on the other side, has proven that he is the master of the game. Consequently, supporters of the two political gladiators have been spoiling for war as they are issuing threats to each other.

Matching words with actions, some youths belonging to the APC had, prior to the APC national convention, booed Abdullahi Adamu in public when the lawmaker was invited to speak as chairman of an occasion marking the 20th anniversary of the Emir of Azara, in Awe Local Government Area of the state. The incident occurred shortly after Adamu was invited to address the gathering comprising top dignitaries that included the Nasarawa State governor, Abdullahi Sule, as well as the Sultan of Sokoto, HRH Abubakar Sa’ad III.

As soon as Senator Adamu was invited to the podium to speak, the youths, in their numbers, dared the security men on ground to boo the octogenarian. They chanted their disagreement with Senator Adamu’s alleged interest to contest the position of the national chairman of the APC, even after stakeholders of the party in the state adopted Senator Al-Makura to fly the party’s flag for the state.

“You will be put to shame. It’s Al-Makura that we want as national chairman!,” the youths shouted as they booed Senator Adamu.

Also in attendance at the event was the Minister at the Ministry of Niger Delta Affairs, Senator Godswill Akpabio, who was conferred with the title of the Dan Amanan Azara by the Emir of Azara, Dr Kabiru Musa Ibrahim.
The youths, however, said that they hoped it will not get to a showdown and that common sense will prevail on Senator Adamu to make him jettison his quest to become national chairman of the APC. They expressed dissentience in Adamu’s failure to make his intention to contest the position of the national chairman known, but was reaching out to prominent politicians across parts of the country seeking to be imposed as national chairman of the party.

The angry youths posited that Adamu’s quest for the national chairmanship position came after critical stakeholders of the APC, including His Excellency, Abdullahi Sule, publicly adopted Senator Al-Makura as the candidate of the party. Whereas Senator Adamu was seeking to go against the collective decision of the party in the state. They, however, warned that if Senator Adamu was eventually imposed as the national chairman of the APC, the youths will be left with no option than to leave the party in droves.

In a counter reaction, a group in Nasarawa State; Council of All Progressives Congress Stakeholders (CAPCS), said it was planning a mass protest in the state if Senator Umaru Tanko Al-Makura did not withdraw himself from the APC chairmanship contest. CAPCS, however, lamented that Al-Makura’s plans to go ahead and participate in the contest was in disobedience to President Muhammadu Buhari’s decision on Senator Abdulallahi Adamu as the consensus candidate for APC national chairman.

Chairman of the CAPCS in the state, Dr. Kassim Muh’d Kassim, disclosed the planned protest of the group against Al-Makura to journalists in Lafia, on behalf of the group. The group, therefore, thanked President Buhari and other party leaders across the country for choosing a prominent son and political father of the State, Senator Abdullahi Adamu, to lead the party as its national chairman.

The group said: “We urge Senator Al-Makura to support his elder brother and desist from challenging the President Buhari’s decision or else face mass protest against his decision to go ahead with the contest against Adamu. The activities of Senator Al-Makura are bringing shame and disgrace to the obedient character which Nasarawa State is well known with. You cannot be a winner at all times. It must not be you always. When it is you, everything is right. But when it is not you, it is wrong and undemocratic, that is not democracy. It must not be you all times,” the group insisted.

The stakeholders, who commended President Buhari for recognising the North-central zone, and Nasarawa State in particular, described Senator Adamu’s emergence as the product of God’s grace. They assured the president and other APC stakeholders across the country that Adamu will administer the party with all sense of maturity and will give all party members equal opportunities to participate in the activities of the party.

CAPCS continued that Senator Adamu, being an experienced politician who has been in the trenches since the 80s, will use his wealth of experience to sustain the unity in the party. Hence in Nasarawa State, there is humility with the support and solidarity of President Mohammadu Buhari and gratitude to God for finding the father of the state and an elder statesman worthy to lead the party at this crucial time.

The stakeholders maintained that today, they are standing on a threshold of history as North Central and indeed Nasarawa State has been chosen to lead a ruling party into another transition period. They thanked God who found them worthy through President Buhari, as acccording to them, “the job ahead is crucial.”

The stakeholders concluded that APC at this crucial time needed a matured and experience national chairman that can be advised, will listen to views of party members and who will respect such views; which Senator Adamu can provide that service.

However, the outcome of the APC national convention left behind unsavory outbursts, bickerings, bitter exchanges and uses of foul and unprintable language LL between supporters of both Adamu and Sule in Nasarawa State. In a swift move to nip the ugly development in the bud, Governor Abdullahi Sule had to intervene in the deepening feud between supporters of the national chairman of the All Progressives Congress (APC), Senator Abdulallahi Adamu and Senator Umaru Tanko Al-Makura from degenerating.

In a statement issued by the Chief Press Secretary (CPS) to the governor, Ibrahim Addra, said Governor Sule has intervened to prevent  the feud from degenerating. The statement, therefore, added that the governor observed with concern the recent unsavory outbursts, bickerings, bitter exchanges and use of foul and unprintable languages between supporters of the prominent sons and political gladiators in the state following the outcome of the just concluded APC national convention.

“This development is not only detestable but signifies retrogressive politicking; the kind that divides and retards progress. The outpour of emotions at such moments is understandable but must be tamed in order to ensure harmony, peaceful coexistence and growth of our party, the APC and the state in particular,” Sule cautioned in the statement.

He, therefore, noted in the statement that praiseworthy and instructive was that as politicians and devout Muslims, their Excellencies Abdullahi Adamu and Umaru Tanko Al-Makura had since accepted the outcome of the election as the will of Allah.

“It is on record that Senator Al-Makura has gone to the residence of Senator Adamu to congratulate him on his victory, promising to support him to achieve victory for the party in the forthcoming general election. In view of the foregoing therefore, I wish to appeal for calm, especially if we profess true love and support for these two elder statesmen; by emulating them by way of making peace, instead of bitter rivalry which is an ill wind that blows no one any good,” the statement quoted the governor.

Acccording to the statement, the governor advised that all must not forget that both senators Adamu and Al-Makura are illustrious sons of the state and highly respected statesmen who preach and practice peaceful coexistence. Adding that the governor has urged citizens of the state to do everything within their powers to remain peaceful and avoid actions that would portray Nasarawa State to the rest of the country as being unable to manage its victory.

Sule concluded in the statement that in spite of the outcome, all well meaning citizens share the believe that it was better that the national chairmanship position still came to Nasarawa State; hence citizens of the state should, therefore, be seen to be grateful to Allah for that and other blessings to their dear state. The governor, therefore, called for sober reflection and restraints as the victory is for all.