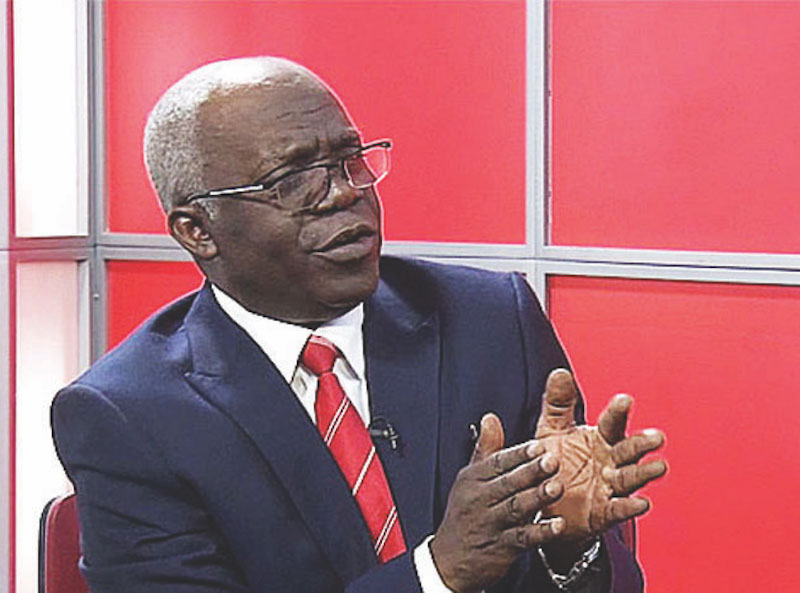 President Muhammadu Buhari has been asked to direct the Inspector General of Police to prosecute all indicted terror suspects and their sponsors in the country since the Attorney General of the Federation and Minister of Justice, Mr. Abubakar Malami, SAN, had failed even after promising to make them face the law.

He was further urged to order an investigation into claims of negligence by the intelligence community and as well as refusal to approve monies for the installation of electronic monitors and drones which made it possible for the terrorists to succeed in their latest attack on the railway.

Interim Chair, Alliance on Surviving COVID-19 and Beyond (ASCAB), Mr. Femi Falana, SAN, made the call in a statement where he lamented the escalating terror attacks on Nigerians and regretted that lack of decisive actions against the insurgents was to be blamed for the worsening situation.

He also while commiserating with victims of terror attacks, advocated for payment of aggravated compensation to victims by the federal government especially those victims of the Abuja-Kaduna train attack which claimed eight lives and injured nearly 30 persons while a yet to be determined number said to be in their hundreds were kidnapped.

“No doubt, the deliberate refusal to prosecute arrested sponsors of terrorism and terror suspects has continued to exacerbate terrorism in the country.  However, as we join the people of Nigeria in condemning the dastardly attack on the Kaduna-Abuja train leading to the barbaric murder of several persons, we are compelled to call on President Buhari to direct the Inspector-General of Police to prosecute all indicted terror suspects. Furthermore, we urge the President to order an investigation into the claims   of the wanton negligence that led to the terrorist attacks,” he pointed out.

The Senior Advocate recalled instances where the Attorney General deliberately failed to take legal actions or stopped ongoing ones which if they were conclusively handled would have helped to check the terror rate in the country.

“Sometime in August 2019, a gang of 10 soldiers led by an Army Captain ambushed and killed the three police officers who had arrested an alleged kidnap suspect, Bala Hamisu (a.k.a.Wadume) in Jalingo, Taraba State. The cold murder of the police officers was designed to cover up the involvement of the soldiers in the several killings and illegal collection of hundreds of millions of Naira as ransom by the kidnappers who had terrorised the people of Taraba State for about three years.

“The suspected killer soldiers were charged with terrorism in the Federal High Court by the Nigeria Police Force. But in  a complete abuse of his powers under Section 174 of the Constitution,  the Attorney- General of the Federation (AGF) and Minister of Justice, Mr. Abubakar Malami SAN filed a nolle prosequi and withdrew the charges pending against the soldiers at the Federal High Court. They have since been shielded from prosecution without any legal or moral justification. Our demand for the arrest and prosecution of the suspects has been ignored by the Federal Government.

“In another development,  the Attorney-General of the Federation announced, between April and May 2021, that the investigation of the cases of sponsors of terrorism and 800 terror suspects by security forces had been concluded. The minister assured the nation that charges of terrorism would be filed at the Federal High Court against the 1,200 suspects once the industrial action of the striking staff of the Judiciary was called off.

“Even though the industrial action was called off in June last year, the Attorney-General of the Federation has not adduced any reason why the 400 sponsors of terrorism and 800 terror suspects have not been arraigned at the Federal High Court. Thus, the suspects have been shielded from prosecution and exculpated by the Chief Law Officer of the Federation in spite of the overwhelming evidence already assembled against them by the team of investigators.

“Our attention has also been drawn to the claim of Mr. Rotimi Amaechi, the Minister of Transport to the effect that the terrorist attack on the train in Kaduna would have been prevented if the federal government had acquired and installed security sensors. The minister said that ‘If those items were here, drones alone will tell you that there are people around the rail tracks because there are drones, there are equipment that pick sensors if you touch the track. But unfortunately, the process has not been able to get us that approval for us to import those items.’

“However, the minister did not explain why the trains were not grounded until the security gadgets were acquired and installed. Thus, it is clear from the admission of the Minister of Transport that the federal government knew that the tragedy was waiting to happen. Having accepted full responsibility for the terrorist attacks the federal government should apologise to the nation and pay aggravated compensation to the survivors and family members of the deceased while efforts are intensified to secure the release of abducted t passengers.”