Banditry, Implications on the Societal Economy and Prevention Strategies (2) 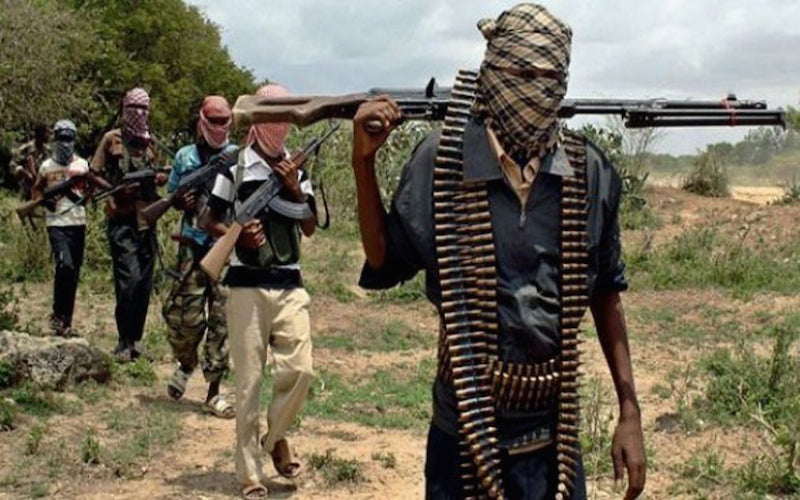 Conceptually, banditry is a derivative of the term bandit, meaning an unlawful armed group terrorizing people and confiscating their properties. It is synonymous with the establishment of gang groups who use small and light weapons to carry out attacks against people. In this regard, banditry could mean a set-up criminal activity deliberately designed and carried out for personal gains. Due to the complex nature of bandits’ activities, Egwu (2016) described banditry as a practice of stealing cattle and animals from herders or raiding of cattle from their ranches. In the same vein, banditry is reflected in criminal escapades like cattle rustling, kidnapping, armed robbery, drug abuse, arson, rape and the brazen and gruesome massacre of people of agrarian communities with sophisticated weapons by suspected herdsmen and reprisal attacks from surviving victims, a development that has been brought to the front burner of national security (Uche & Iwuamadi, 2019).

However, where the term banditry is connected to rural community, it implies a group of rural outlawed involved in illicit activities such as raiding of villages, kidnappings and cattle rustling for primitive accumulation of wealth. Thus, bandits are gang groups terrorizing and dispossessing local people or travelers of their valuable items or properties such as merchandise, money, cattle, camel, and sheep, among others. They operate within and along rural borders with the assistance of their local collaborators including in some cases, state agents deployed to work for the safety and security of the people (Abdullahi, 2019).

Nigeria’s current general insecurity challenge has been compromised by avoidable conflicts that have become a common issue in recent times. This has become more worrisome especially when the impoverished segments of the Nigerian masses are finding it increasingly hard to avoid starving to death. Resources that could have been used to modernize the agricultural sector, build industries and infrastructure to create employment, have been consumed by budget for a fight against insecurity and in the rehabilitation of displaced and injured citizens.

It will not be out of place to say that the current wave of general insecurity is fueled by poverty which has made national security threat a more complex issue for the government and has prompted huge allocation of the national budget to security (Achumba, Ighomereho & Akpor- Robaro, 2019). No region has been spared the vicious scourge of conflict though their prevalence and intensity have not been the same in occurrences across the length and breadth of the nation. The current situation is further intensified by elements of globalization, natural disasters, proliferation of weapons and light arms, corruption, executive lawlessness and so on.

The activities of bandits directly affect the seven states of north-western Nigeria – Jigawa, Kaduna, Kano, Katsina, Kebbi, Sokoto and Zamfara – and is fast spreading to states in the north-central region, particularly Niger State. Emerging evidence alludes to the increasing nexus between bandits and terrorists in Nigeria’s northwest through recruitment tactics and the mutual deployment of logistics and arms, combined with the region’s geographical advantage for carrying out attacks and a similar mastery of the political economy of ‘kidnap for ransom’, used to fund criminal enterprises. Estimates put the number of bandits at about 50,000, spread across scores of gangs ranging in size from 10 fighters to over a thousand.

Mass kidnappings and brutal raids on civilians in vulnerable villages by bandits are driving a humanitarian crisis. In September 2021, bandits placed a levy of twenty million naira (about US$50,000) on five villages to avoid their attacks. At least 1,126 villagers were killed as a result of these tactics from January to June 2020. In early January 2022, at least 200 villagers were reportedly killed by bandits in Zamfara state, in one of the region’s worst recorded atrocities. While these attacks pose threats to food security in rural areas, failures to bring killers to justice also fuels feelings of impunity, according to reports by Amnesty International.

In what appears lately as a shifting geography of violence, attacks have been concentrated in villages and semi-urban areas of major towns and cities in Sokoto State. In less than a week, over 40 persons were kidnapped in December 2021 in Wurno, a small local government area in the state. The vicious attack on villages is becoming overwhelming for the vulnerable residents and spreading like a wild fire’. On 6 December 2021, 23 persons died after bandits shot at a bus carrying travellers from Sokoto to Kaduna in an attack at Gidan Bawa village in Isa local government area of Sokoto State.

Insecurity in Nigeria has reached an alarming proportion showing its ugly head in various facets of our national life. Lives are lost on daily basis, population depleted, businesses in comatose, investments are nose-diving, multinationals closing shops and vacating the country, unemployment soaring and the populace in fears. Clearly, it poses a threat to governance and economic growth in troubled nations. Banditry in Nigeria can be largely attributed to ineffective law enforcement in Southern Nigeria and ungoverned spaces in Northern Nigeria.

According to Stewart (2019), the economic costs of insecurity are enormous. People who joined the fighting forces, who are killed or flee, can no longer work productively; schools, power stations, and roads that are destroyed reduced the productive capacity of the economy. Further, displacement of people reduces the production of exports, thereby reducing foreign exchange earnings, import potentials and consequently further constraining output, leading to a decline in employment and earnings.

The menace remains a threat to governance and economic growth in Nigeria. Despite government’s burgeoning recurrent expenditure on internal security both at the National and State levels, individuals in their various rights, work places and houses spend heavily to provide security for their personal lives and properties. Despite these efforts, the menace keeps exacerbating. Thus in almost all parts of the country, there exist some levels of insecurity.

We have seen instances of ethnic conflicts in some parts of the North, kidnapping in almost all parts of the country, but prominent in South-South and south-West, militancy and pipeline vandalisation activities in the Niger delta, terrorism and religious extremism by Boko Haram in North East, agitations for self-determination by IPOB (Indigenous People of Biafra) and MASSOB (Movement for the Actualisation of the Sovereign State of Biafra) in South East, herdsmen disturbances in the North and Central, ritual killings in the South West and East and other political and economic disturbances. These disturbances and insecurities in its various forms affect economic growth.*Moronfolu  is a seasoned security consultant with many years of security and policing experience. FELLOW,  Fourth Estate Professional Society (FFPS), he has also partaken in peace keeping operations within and outside the  country and has flair for general security education.