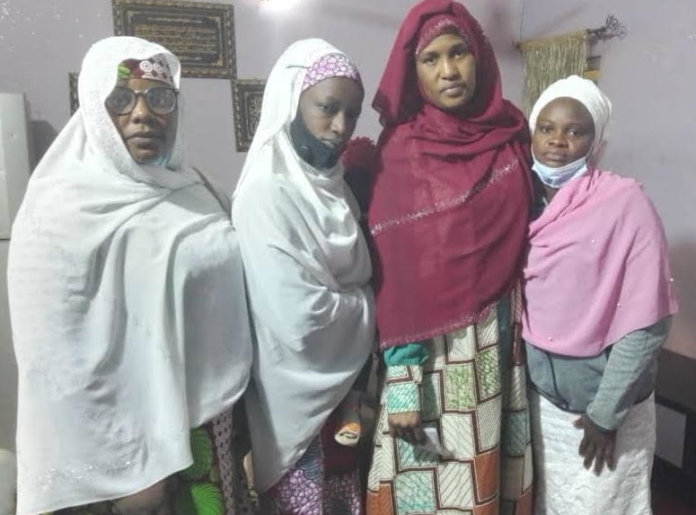 A pro-Osinbajo support group, The Democratic Reformers, has paid a condolence visit to the family of Hanifa Abubakar, the five-year-old girl who was murdered in Kano by a school proprietor and other accomplices.

A delegation of the group arrived the family’s residence in Kano on Friday where they offered condolences and words of support to the grieving mother of the deceased and other family members.

Among those who made the visit were Mrs Tawakalitu Yunusa, Mrs. Aisha Ismail and Mrs Joy Ekundayo.

In the condolence letter it presented to the family, the group expressed its outrage over the demise of Hanifa, but encouraged the family to draw strength from the memories she left behind and be rest assured that the unfortunate incident will prove an inflection point on the implementation of needed reforms to protect children in schools and avert the repeat of such a tragedy.

Explaining the motive for the visit, the group said it was only following the empathetic leadership demonstrated by its mentor and preferred candidate in 2023, Vice President Prof. Yemi Osinbajo, who, according to them, “has led with thoughtful consideration for all and shown us that our collective survival is only assured when we look out for one another in genuine love and concern.”

Primaries: Ekweremadu Warns PDP against a Repeat of Zamfara Scenerio