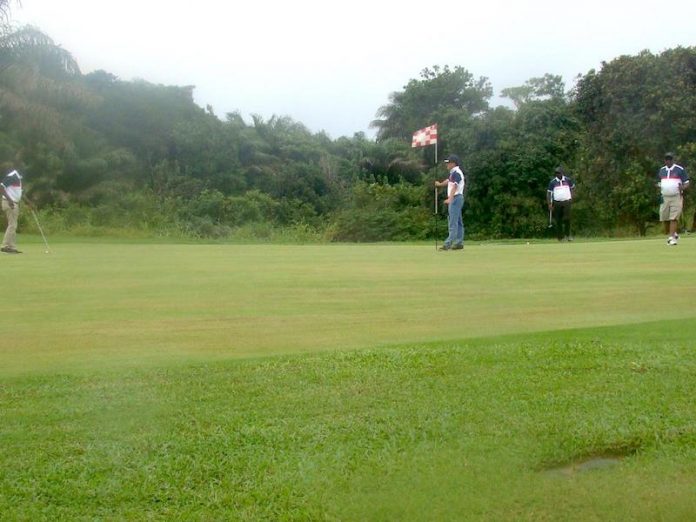 The Commandant of the Infantry Corps of the Nigerian Army, Major General VO Ezugwu, is indeed thrilled that the Ola Saad Ibrahim Golf Club situated inside the vast complex of the Armed Forces Staff College in Jaji, near Kaduna, would be hosting its first ever Pro-Am Golf Tournament in its over 50 years in existence.

The event which is expected to be teed off by Governor of Kaduna State, Mallam Nasir El-Rufai, is already scheduled to hold between February 1 and 6 and would involve some 150 professional golfers and 350 amateurs.

Ezugwu who was equally the Captain of the club in the year 2011 disclosed that he was pleased with the hosting of the Pro-Am since the event would expose the Jaji Club to a larger golfing community in Nigeria.

“We are an old club and yet most golfers in Nigeria don’t realize this”, explained Ezugwu who indeed transformed the club during his captaincy since 12 years ago by involving youths around Military barracks in the golf game . “We have great facilities and about the best Green Putting surface in Nigeria. We have equally hosted great amateur events and yet we hardly get our due respect. “This event would showcase what a great golf course we have in Jaji,” he stressed with excitement.

Ezugwu equally mentioned that hosting over 500 golfers from across Nigeria would surely indicate the amount of peace the Armed Forces have restored in Kaduna State.

“We are confident we shall be having a peaceful event”, the General noted. “Those visiting would see the level of peace we have restored in synergy with the Kaduna Government”.

General Ezugwu however applauded the bold move of Captain of the Club, Navy Commander JO Shaibu for picking up the gauntlet and presenting the club with its first ever Pro-Am tournament.