The House of Representatives, has summoned the Minister of Foreign Affairs, Godfrey Onyema and the Permanent Secretary of the ministry, Aduda Gabriel for allegedly circumventing the law.

Consequently, it directed the ministry to rescind contents of the letter countering an earlier one written by the House Committee on Foreign Affairs to the minister and the Embassies/High Commissions to request compliance with the provisions of Section 11 of the 2022 Appropriations Act.

The above resolution was sequel to the adoption of motion under matters of urgent national importance on the need for the federal government to mandatorily compel the ministry to implement the provisions of the 2022 Appropriation Act (S.11), which empowers Nigeria Embassies/High Commissions across the world to spend the capital components of their budget without recourse to the headquarters of the ministry.

The motion, which generated heated debate from lawmakers during plenary was sponsored by Hon. Maigari Bello Kasımu representing Jalingo/yorro and zing federal constituency of Taraba (APC).

According to a letter sighted by THISDAY, which was purportedly written and signed by Ambassador Gabriel Aduda, Permanent Secretary, Ministry of Foreign Affairs, it urged the foreign missions to stop spending from the funds allocated to them till consultation was sorted from other government agencies.

According to the letter, “Attention of the Ministry has been drawn to a memo circulating on the social media on the above subject RefNASS/HRFAC/9th/070/936 dated on the 9th January 2022 conveying the provision of the 2022 Appropriation Act empowering missions to spend their capital allocation without henceforth, seeking approval from the headquarters.

“The Ministry will need to seek clarification from the presidency and the Senate. Consequently, given the need for a unified position on the subject. All missions are directed to stay action on the memo under reference. While thanking you for your understanding. The headquarters will convey further directives accordingly,” the letter read.

Kasımu while presenting the motion stressed that, “for a very long time, the Ministry of Foreign Affairs headquarters has been steeped in various practices, actions and inactions that have negatively affected quality of service-delivery in the ministry and, especially, at post, where the nation’s image has been largely impugned by untoward media reports and other negative realities in the public domain that reveal the inability of Ambassadors/High Commissioners, who are representatives of Mr. President, to settle ground rents, pay utility bills, purchase vehicles or rehabilitate dilapidated infrastructure in chancery buildings and quarters occupied by Foreign Service Officers across the globe.

“Nigerian Foreign Missions and Service Officers have been at the receiving end of the negative effects of the actions and inactions of the Ministry of Foreign Affairs headquarters, which have sometimes resulted in hiring taxis for diplomats on official duties and in forceful ejection of Ambassadors/High Commissions and other Foreign Service Officers from rented apartments with their personal effects and other property thrown into the streets of capital cities of the world even when such Embassies/High Commissions have budgeted capital funds lying unutilised in various bank accounts.

Reacting to the motion, Chairman, House Committee on Foreign Affairs, Mr. Yakubu Buba, said, “This is already a law and has been added into the 2022 Appropriation act and it has been assented to but as we speak, it is a law that must be obeyed.

“Mr. Speaker, I want to commend the leadership of the National Assembly and its members of the House for that invention. Our Embassies have become laughing stock all over the world; they are so dilapidated that our Ambassadors cannot invite their fellow Ambassadors to the residences or to the Nigerian Houses.”

The Speaker, House of Representatives, Femi Gbajabiamila, said it was against the procurement act but that the law says the embassy should not go through the public procurement and what does the constitution say about monies appropriated by the national assembly?

“İ have seen personal experience of Embassies abroad and it is shameful that the National Assembly is trying to make things better for those we send out to represent us and some people are resisting. Minister Foreign Affairs should see me on Tuesday and I would like to have you as well” 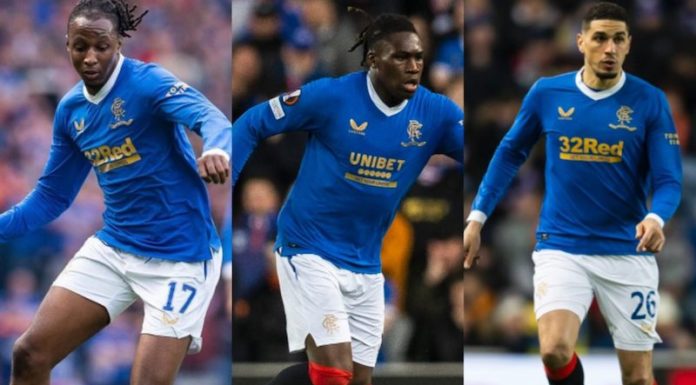