The Bayelsa State Government yesterday reiterated its resolve to wield the big stick on any paramount ruler and community leader who fails to accept responsibility for communal actions that threaten peaceful coexistence in his domain.

This is coming two days after the state Governor, Senator Douye Diri, deposed a traditional ruler and two other community leaders for their alleged complicity in the kidnap of the state Commissioner of Trade and Investment, Federal Otokito.

The Deputy Governor, Senator Lawrence Ewhrudjakpo, gave the latest warning while receiving a report from the Ad-hoc Committee on the Investigation and Resolution of the dispute between Korokorosei and Ondewari communities in Southern Ijaw Local Government Area in his office in Yenagoa.

Ewhrudjakpo insisted that the government would not hesitate to take disciplinary action against community leaders and rulers that refuse to live above board, citing the recent case of the deposed paramount ruler of Otuokpoti community in Ogbia area.

He made it clear that the government would not tolerate any instance of community leaders making themselves canon-fodder to exacerbate inter-communal crisis.

The deputy governor specifically called on the Amananaowei of Ondewari community and his Korokorosei counterpart to demonstrate sincerity by upholding the truth to enable the government resolve their differences amicably for the sake of peace.

Commenting on the seized chainsaw and missing pieces of timber, which are the immediate causes of the crisis, he, however, declared that the government would not pay a dime to either of the two communities to avoid setting a bad precedent.

Noting that there is always a price to pay for not doing what is right, Ewhrudjakpo directed that the Korokorosei community should replace the chain saw, while Ondewari should pay for the planks.

Submitting the report on behalf of the Ad hoc Committee, its Chairman, Chief Macdonald Igbadiwe, observed that the alleged acts were carried out by people from both communities as reprisals over a disputed land.

Igbadiwe, who is the member representing Southern Ijaw constituency 4 in the state House of Assembly, disclosed that the committee, among other things, had recommended the signing of a peace pact between Korokorosei and Ondewari communities to restore lasting peace in the area.

According to him, the committee submitted that the government should take very drastic action against any person or group of persons from any of the two communities who uses weapons to threaten the other over the disputed land. 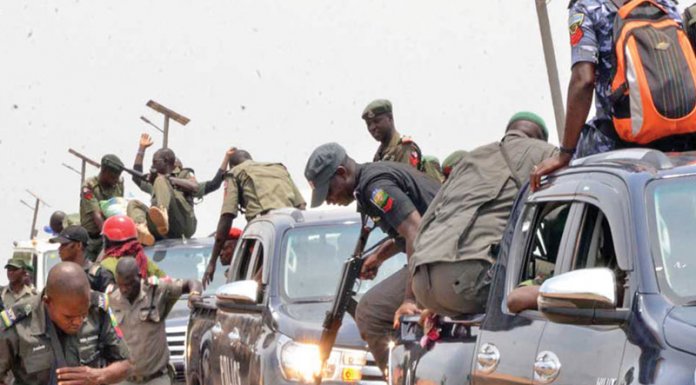