Towards Reforming Civil Service Reforms in Nigeria:  A Research Agenda  13 mins ago

A New Nigeria Story: Kwankwaso the Outlier 46 mins ago

Violence under Any Guise against Children is Evil, Says UNICEF 8 hours ago 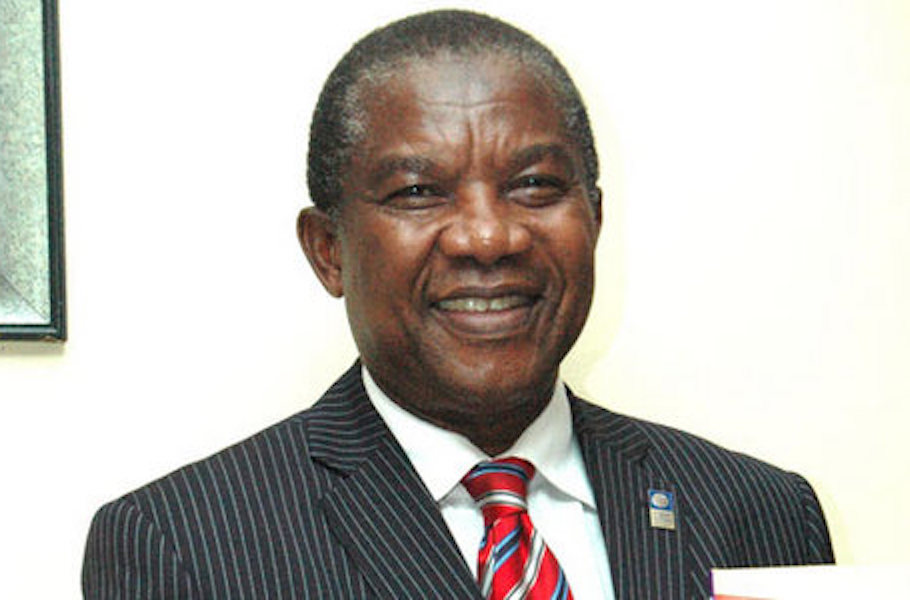 A Peoples Democratic Party (PDP) presidential aspirant and former President of the Pharmaceutical Society of Nigeria, Chief Sam Ohabunwa has said that he is contesting the presidency to help refocus leadership agenda of the country and to enable the country to realize the goal of a peaceful and prosperous nation.

Speaking on the ARISE News Channel Programme, Morning Show yesterday, Ohabunwa said that did not join the presidential race just because of the clamour to have the South-east produce Nigeria’s next president but that he believed he is competent and capable to lift the country from it’s current challenges.

“I believe that our country has been in a corodrum, moving round in a circle and not attaining the kind of economic growth that is expected. Therefore, I believe I will make a difference. I think the country needs a leader that understands how we can propel our country to unleash all the potentials for creative a accomplishment to make the country to become a productive nation where we can deal with lingering issues of poverty, joblessness and sometimes getting to hopelessness,” he said..

Ohabunwa said that as blessed as Nigeria is, the country is expected to be a true leader in global affairs in terms of economy but has failed to realize that.

According to him, the country has not made much progress in direction of economic growth, rather it has become a nation where insecurity and poverty are ravaging the land.

“I cannot continue to watch and I think I need to make a difference by bringing all that I have recieved in life, all the training, all the experiences I have had in wealth creation, in building diversity to be able to unite our country and be able to promote a high level of economic transformation,” he said.

Ohabunwa said that he will also address other issues of injustice, inequity, corruption and insecurity.

In addition, Ohabunwa said that the main focus of his administration will be how to make Nigeria a producing nation and a wealth creation nation that can feed it’s people and be able to provide for the rest of the world and to warn foreign exchange.

He said that he is ready to work to make the country an investment heaven where foreign investors can feel safe and comfortable to deploy their resources for mutual economic benefits.

The presidential aspirant said that he believed that education is very critical and frontal to the country to the achievement of our national aspirations.

On whether he decided to join the race due the clamour for a president from the South-east part of the country, Ohabunwa said that though he appreciated the need for equity, justice and fair play as well as the issue of power rotation and observance of the federal character principle, he is contesting for presidency because he is competent

Accordingly, he said that there is no doubt there is a preponderance of opinion that presidency should go to the South-east zone.

Speaking on how he intends to go about the challenging business of uniting the country with diverse ethnic, cultural and religious biases, Ohabunwa said:”First of all in been in this country for some time and I have run organisations that are multi-faceted. I have been involved in the Nigeria Economic Summit Group, I have been President of Manufacturing Association of Nigeria (MAN) and President of the Nigerian Employers Consultative Association (NECA) and many other bodies. I have also served my state and the country in several capacities. I was involved in designing the Vision 2020 economic agenda and also participated in the Nigerian Political Reform Conference. So I understand how this country is run and I know the history and how the founding fathers of the country formatted the country,” he said.

When asked how he hopes to challenge some of those deeply entrenched and influential contestants within the PDP, like former Vice President, Atiku Abubakar and Senator Anyim Pius Anyim, the Abia state-born presidential aspirant said that he is experienced enough both as an old member of the party and in the affairs of the country to be able compete for the ticket.

“I ready to compete with the best in the country. I have been in the PDP since 1999 and joined the party with my younger brother who went to the House of Representatives twice and to the Senate. I have served in several boards both at the federal and state levels. I have been involved in the government affairs in various capacities and today I am still Chairman of Abia Public-Private Sector Investment Promotion Council. Those jobs don’t come if you are not political and if you arsaide not supportive. What I have not done is competitive politics. People know me nationally and I am not a new comer to the PDP,” he said.