Critical stakeholders of the ruling All Progressives Congress (APC) in Nasarawa State yesterday officially endorsed the candidature of Senator Umaru Tanko Al-Makura for the contest of the national chairmanship of the party in the forth coming national convention .

The endorsement took place in the Government House, Lafia were the presence of Governor Abdullahi Sule, APC serving members in both the National and State Assembly, party executives as well as critical stakeholders of the APC in the state were in attendance.

Addressing the critical stakeholders, Governor Sule made it abundantly clear that there was nobody who came out and declared for the national championship race in the state with the exception of Senator Al-Makura.

The governor said: “You can use what you have. In this state, it is only Umaru Tanko Al-Makura that has indicated interest in the race of the national championship of our great party, the APC.

Sule continued that it was for the above reason that the state APC stakeholders had all gathered to give him an assignment to take to the national headquarters.

“Because you do know the selection of a national chairman is beyond one state, no matter how big that state is. It is something that has to be done in relationship with so many states.

“It is something that requires a lot of diplomacy, a lot of patience, a lot of loyalty that we have to continue to do.

“By the grace of God, you have given the right person the assignment. I will take the assignment and continued from where I stopped. In fact, I am on my way right now to Abuja. That’s where the politicking is taking place,” he said.

However, the Nasarawa State governor said that in life, it is only God who gives power and decides who would be who.

“Our own is to do the best we can. And we keep praying that it shall come to pass, and we will sit down and you will begin to see the benefit of us having a national chairman. We cannot all be on the same page,” Sule insisted.

Also speaking, the Nasarawa State Chairman of the APC, Dr. John Mamman, said the leadership of the APC in the state has come in clear terms to endorse the candidature of Senator Al-Makura for the race of the national championship of the party in the forth coming national convention.

Mamman said: “I want to appeal that we have come in clear terms to endorse Senator Umaru Tanko Al-Makura’s candidature for the race of the national chairman of our party.

“We can’t doubt the capacity of Umaru Tanko Al-Makura because as a youth leader of NPN in the then Plateau State, as a Senator and as a governor, his capacity has been tested and we can trust him.”

The APC National Assembly caucus of the state commended the state party chairman, John Mamman, for moving a motion for the endorsement of Senator Al-Makura as the candidate of the party in the state for the national championship race which was seconded by the party’s women leader, Esi Monde.

The APC National Assembly caucus of the state, who spoke through Senator Godiya Akwashiki, said it has believed with the endorsement, adding that the caucus can now move to the APC national championship battle line.

The Speaker of the Nasarawa State House of Assembly, Ibrahim Balarabe Abdullahi, who also spoke at the Senator Al-Makura’s endorsement ceremony through Deputy Speaker Nahemiah Tsentse Dandaura, said all the 20 APC members in the state assembly have endorsed the aspiration of Al-Makura for the position of the national chairmanship race of the APC. 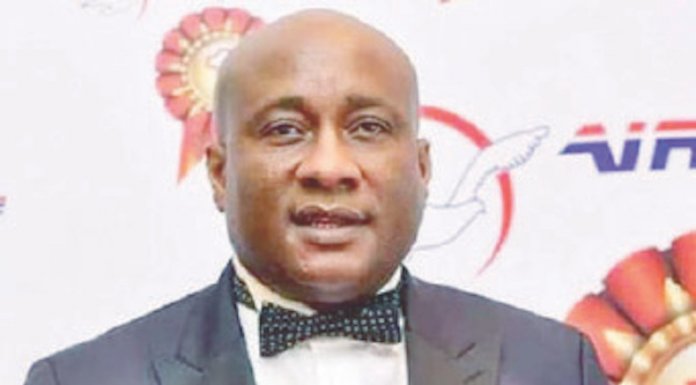