Fireworks have continued to play out in the trial of Mr. Nnamdi Kanu the leader of the Indigenous People of Biafra who is facing charges bordering on terrorism at the Federal High Court.

There have been many adjournments, many avoidable incidents involving the men of the Department of State Services, lawyers, supporters of Mr. Nnamdi Kanu and spectators angling to bear witness to a momentous trial. Everything that has gone into judicial proceedings in the matter bespeaks the high stakes legal battle that many predicted it would be when Mr. Kanu was arrested in Kenya and brough back to Nigeria last year.

The Court recently ordered the Department of State Services which has Mr. Kanu in its custody to allow him a change of clothes. When the defendant returned to court the following day for the continuation of his trial in the same cloth, while the prosecution told the court that he chose to wear the same clothes, the defendant`s lead lawyer told the court that they had not been able to get a fresh set of clothes to Mr. Kanu as it was not yet his visiting day.

Sometime last year, Mr. Mbazulike Amaechi, a contemporary of Mr. Nnamdi Azikiwe and a First Republic parliamentarian in the first republic led a delegation to Mr. Muhammadu Buhari. Their demand was one: that Mr. Nnamdi Kanu be released to them. In response, Mr. Buhari said he was going to consider the request. However, after seemingly giving it due consideration, Mr. Buhari spoke during a recent interview wherein he said that he would allow the law to take its course.

A political solution would envisage that a lot of politics would go into resolving both the continued detention of Mr. Nnamdi Kanu and the bigger question of Biafra. Mr. Kanu fled Nigeria for the UK in 2017 after the Nigerian army invaded his house. He was on bail then. For more than three years, from the safety of the UK, he put the Nigerian government on trial. It was during one of such altercations that Twitter was dragged into the fray. The microblogging platform was dealt a heavy seven-month suspension when it had the temerity to censor the president. Since his incarceration, his loyalists have threatened to rip up the Southeast with punitive measures which include sit-at-home orders. Their activities have caused the Southeast to cascade into insecurity. The federal government knows that to release Mr. Kanu would require some very delicate balancing act. It would appear that such dexterity is beyond it.

The question of Biafra which casts a withering look at the place of the Igbos in Nigeria won`t disappear anytime soon whether Mr. Nnamdi Kanu is released or not. Although he is the face of the agitation for Biafra as things stand, the truth is that it goes beyond him. The questions that demand urgent answers are as old as Nigeria. What ails the country is the uncertainty that its diversity engenders. A country of over 200 million people split between six regions and over 250 groups was always going to struggle even without an internecine Civil War, destructively disruptive military coups and a seemingly insoluble problem of corruption.

Even if Nigeria does not need the birth of another country or a new name, the country stands in critical need of restructuring. Nigeria needs equity and justice which are almost impossible with the way the country is currently set up to benefit the minority and burden the majority.

The Giant of Africa may not need a new country to be carved out of it or a new name but surely it stands in need of new clothes to replace the rags it currently wears. 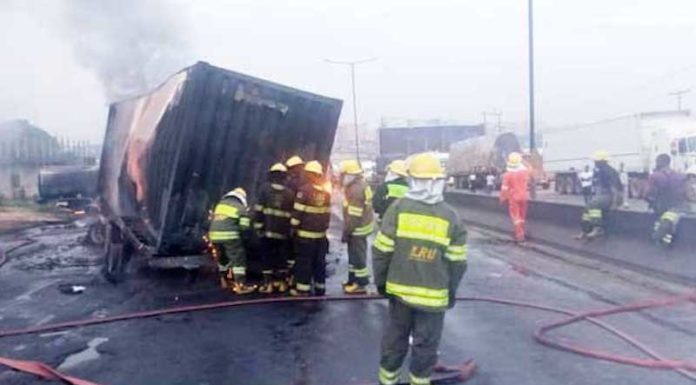 Vengeance Not on Klopp’s Mind as Reds Battle Real Madrid