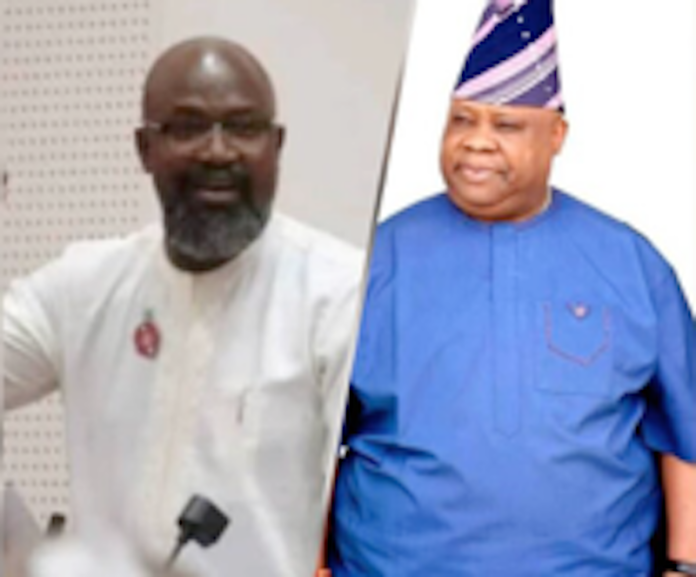 Political office is sweet. The luxury of power is almost heavenly!

Little wonder, brothers, friends and relatives battle each other to a standstill to have power.

This assertion is currently playing out in Osun State, as the two brothers from the same household of the Adelekes are at each other’s jugular for the race to determine the Peoples Democratic Party’s standard bearer for the July 2022 gubernatorial election in the state.

It is no longer news that Senator Ademola Adeleke, otherwise known as ‘Dancing Senator’, has once again thrown his cap in the ring to wrestle power from the incumbent governor of the state, Gboyega Oyetola, who denied him the number one job four years ago. This time, he has worked and vowed to do anything humanly possible to emerge victorious at the polls.

But what the politician from Ede did not bargain for is that his nephew, Dele Adeleke, would serve as an albatross to his governorship ambition. His nephew is also vying for the same job. In fact, he has rejected several peace accords and also vowed to fight to the finish.
This smouldering war has pitted the family members against each other, as they have formed different camps, and have resulted in backbiting, name-calling, mudslinging and throwing of tantrums.

It was also hinted that contrary to rumours in some quarters, Dele is not a novice in politics; he is said to be a grassroots person who has his supporters across the state.

It was gathered that he had attempted to contest for Senate in 2016 shortly after Senator Isiaka Adeleke’s death, but he was shut down by the family who preferred Ademola, despite that fact he supported him and was even his returning officer during the 2017 governorship election. Another source revealed that Ademola and his siblings (Deji and Dupe) have not been fair to the young man who is the son of their stepbrother and first son to their late father, Senator Raji Ayoola Adeleke.

According to a source, “The late Isiaka, Deji and Demola have not been helpful to anyone who does not come directly from their mother’s offspring. Their father, the late Balogun of Ede, had three wives; their mother was the last wife of the man. He had several other children from his other wives.

But have you heard of their names? No! You can’t because they are not that rich and popular in the society like Deji and his other siblings.”

The source also disclosed that Dele’s political influence is growing across the state but his lack of an enormous financial war chest to execute a gigantic project such as this would be his stumbling block.