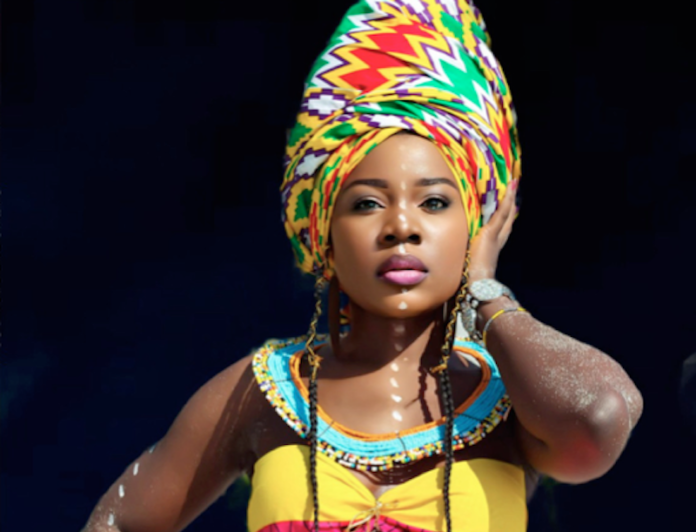 Drawing upon her maternal influence and work history, Jemiriye Adeniji recounts how she weaves fashion into music to promote the African culture in an encounter with Vanessa Obioha

When Jemiriye Adeniji opened the doors of her apartment on that Thursday afternoon, she was neither dressed in an African attire nor was she sporting a headgear (gele) or a head wrap. She was clad in a casual outfit with her lustrous black hair tied in a loose knot. Perhaps, it was intentional to reveal the other side of her away from prying cameras. Over the years, her colourful and towering head wraps have become symbolic of her personality. Sometimes, her hair is wrapped in a gele, other times- covered in a turban.

At home, she was free and hospitable, cracking jokes while recalling her childhood memories. Her love for head wraps travels far into that history which she peeled in layers. When her mother worked in a textile factory.

“I come from a family that appreciates and celebrates the African outlook. We used to have a lot of ankara in my home. My mother worked in a textile factory so she used to experiment with some of the fabrics. Neighbours usually come to my mother to help them wrap their geles, “ she said.
Watching her mother’s skillful and stylish way of tying the head wraps captivated her so much that subconsciously, she began emulating her, filling in for her when she was unavailable to help the neighbours. Also, growing up with her grandmother who donned beautiful head wraps enthralled her the more.

Jemiriye, as she is popularly known, would make good use of her skills when she went to work at Nike Art Centre. The founder of the famed art hub, Nike Davies-Okundaye is a quintessential African artist and textile designer known for her flamboyant and majestic geles. Whenever there was a workshop for head wrapping at the art gallery, Jemiriye was among the facilitators. In the United States where she currently lives, Jemiriye organises head wrapping workshops for different races.

More so, the singer is captivated by the royalty that comes with head wraps. As a child, she was intrigued by the regal appearance of the late South African singer Miriam Makeba.

“I loved how she looked each time she stepped out.” The head wrap means more than fashion to Jemiriye.

“It represents a lot of things. Primarily, it is a symbol of African pride for African women. When a woman loses her husband in some African cultures, she shaves her head and uses a head wrap to cover the baldness. Nowadays, women in America suffering from cancer use head wraps to cover their heads after losing their hair to chemotherapy. Head wrap is something that has come to stay. It’s just that we all think there must be an occasion to wear it. It doesn’t diminish you in any way. It elevates your beauty.”

As a cultural ambassador, Jemiriye is passionate about any form of art that promotes African culture. Like fashion, she uses music to celebrate her African heritage. She was in Lagos to promote her new single, ‘Lagos’. The song, she said, is an ode to the city which formed a major part of her journey.

“Anywhere I find myself in the world, that Lagos hustling spirit shines. I just can’t be in the backseat. Even though I’m from Osun State, that hustle, I can make it and never give up spirit is always in me.”

The accompanying visuals of the music shows iconic locations in Lagos such as Freedom Park in Lagos Island, the National Arts Theatre, Iganmu, Ebute Metta Railway Station among others.
Although she is familiar with many parts of the state, Oshodi remains dear to her for good reasons.

“I spent part of my formative years in Oshodi. I remember as a young girl accompanying my mum to the market to buy stuff and I was always amazed at how she negotiated with the traders. I learnt the power of negotiation from the Oshodi market. You got to be smart. You know what they say about Oshodi then, you may lose your hand and your change in Oshodi market. I picked up the street sense from Oshodi.”

The singer inherited her passion for music from her parents. Her father was an avid collector of music while her sonorous voice is a gift from her mother.

Her musical pursuits have taken her to unexpected places and fetched her fame. For instance, in 2006, she led the theme song at the Pan-African Women Conference in South Africa that had in attendance, South African anti-apartheid activist, Winnie Mandela and other powerful female leaders from the continent. That experience opened her eyes to the plight of the average African woman. Since then, she has made it a mission to preach African women empowerment. It is important to her that women in Africa are financially independent.

“When I went to Europe, I saw that women were calling the shots, they were organising, spending, empowering even men. I have always been that kind of woman. I saw myself through school,” said the artist who graduated from the Nigerian Institute of Journalism. The way she sees it, women can play a vital role in peacebuilding in Africa: they only need to be given a seat at the table.
“We are mothers. We know how to take care of the child.”

Also, in 2014, she became the first African to sing the Baseball anthem at the Citizen’s Bank Park Stadium, Philadelphia, during the Jackie Robinson Day celebration.

Jemiriye’s ‘Knocking on Heaven’s Door’ which conveyed a message of peace in Africa and across the globe was featured in the 2016 Olympics in Rio, Brazil. The talented singer’s music style is rooted in Yoruba folk, Afrobeat and Jazz. One can call it an afro-fusion as it blends different sounds to give it that unique feel. Currently, the former Nigerian Idol contestant is working on an album due on an undisclosed date. Her mission through her music and fashion is to spread the message of hope, love and beauty.

“I’m a messenger. I carry a message for somebody out there and I pray to God not to die with my messages.” 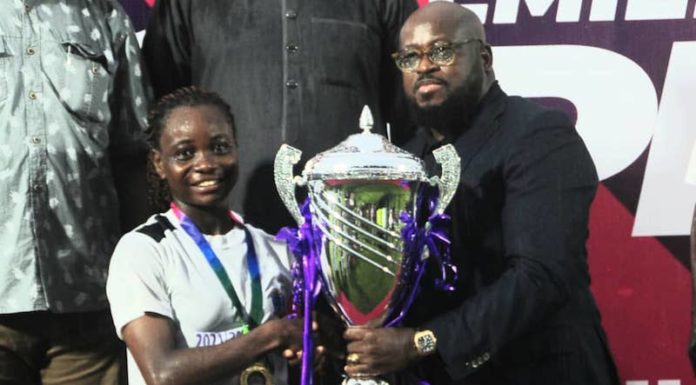