The highest court in Nigeria, the Supreme Court hardly reverses its decisions. But when it did penultimate Friday, it was a huge relief and a lifeline for Guaranty Trust Bank to properly present its case in the lingering legal tussle between it and Innoson Nigeria Limited and its promoter, Innocent Chukwuma, Alex Enumah writes

It was not only a huge relief but a great lifeline penultimate Friday for Guaranty Trust Bank (GTBank) when the Supreme Court took a second look into its lingering legal tussle with a vehicle manufacturing company, Innoson Nigeria Limited. The legal battle, which the bank thought it had lost, was suddenly brought back to life with high hope that the apex court will diligently examine the issues this time around and do justice to the case.

Against all odds and expectations, the court while delivering a judgment in an application by the bank seeking the re-listing of the appeal because it was wrongly dismissed, set aside its earlier decision which dismissed an appeal by the bank against an N2.4billion judgment given in favour of Innoson Motors Nigeria Limited by the Court of Appeal in Ibadan.

A five-member panel of the court led by Justice Olukayode Ariwoola, unanimously held that the apex court erred when, in a ruling on February 27, 2019, it erroneously dismissed the appeal marked: SC/694/2014, filed by the bank.

In the lead judgment written by Justice Tijani Abubakar, and read by Justice Abdu Aboki, the court held that it was misled by its Registry, which failed to promptly bring to the notice of the panel that it sat on the matter on February 27, 2019, and that GTBank had already filed its appellant’s brief of argument.

The court said the panel that sat on the matter on February 27, 2019, upon being notified of the existence of the appellant’s brief of argument, would not have given the ruling which dismissed GTBank’s appeal on grounds of lack of diligent prosecution.

Relying on Order 8 Rules 16 of its Rules, Justice Abubakar, in the lead judgment, held that the apex court has the power to set aside its decision in certain circumstances, like any other court. He added that such circumstances include where there is any reason to do so, such as where any of the parties obtained judgment by fraud, default or deceit; where such a decision is a nullity or where it is obvious that the court was misled into giving a decision.

Justice Tijani held that the circumstances of the GTBank case fall into the category of the rare cases where the court could amend or alter its order because the said order or judgment did not present what it intended to record.

“I am convinced that at the material time that the appellant’s appeal was inadvertently dismissed by this court, there was in place, a valid and subsisting brief of argument filed by the applicant.

“It will be unjust to visit the sin of the court’s Registry on an innocent, vigilant, proactive and diligent litigant.

“It is obvious from the material before us that there were errors committed by the Registry of this court, having failed to bring to the notice of the panel of Justices that sat in chambers on the 27th of February 2019 that the appellant had indeed filed its brief of argument.

“This is a case deserving of positive consideration by this court. Having gone through all the materials in this application, therefore, I am satisfied that the appellant/applicant’s brief of argument was filed before the order of this court made on the 27th of February 2019 dismissing the applicant’s appeal.

“The order dismissing the appeal was therefore made in error. It ought not to have been made if all materials were disclosed. The application is, therefore, meritorious and hereby succeeds,” Justice Abubakar said.

He proceeded to set aside the court’s ruling of February 27, 2019, dismissing GTBank’s appeal and ordered that the appeal marked 694/2014 “be relisted to constitute an integral part of the business of the court until its hearing and determination on the merit.”

The two businesses have been in a long business dispute, claiming wrongdoing against each other.

The founder, Innoson Motors, Mr Innocent Chukwuma, in 2011 dragged GTBank to court, alleging arbitrary charges levelled against him and a string of bank accounts he held at the bank. But GTBank later countersued, claiming it was Chukwuma who allegedly falsified bank and shipping documents to obtain tax waivers from the Nigerian government.

The bank subsequently referred the matter to the Economic and Financial Crimes Commission (EFCC). The anti-graft office filed criminal charges against Chukwuma at a Lagos court. He has subsequently declared wanted for failing to appear for arraignment in the matter, which is still proceeding separately from the N14 billion arbitrary charges lawsuit currently at appellate levels.

Chukwuma denied the allegations of doctoring shipping documents, saying the matter had previously been investigated by the EFCC and the police, both of whom cleared him of any wrongdoing.

He accused GTBank of using law enforcement agencies to hound him and cripple his business; a claim the bank also denied.

This prompted the company to approach the Ibadan Division of the Federal High Court with a garnishee application. On May 18, 2010, the court by way of Garnishee order absolute ordered GTBank to pay Innoson N2.4 billion with a 22% interest, per annum, on the judgment sum until the final liquidation of the judgment debt.

The bank rejected the order and swiftly proceeded to the Court of Appeal with an appeal which was dismissed on February 6, 2014.

When Innoson Nigeria Limited tried to execute the judgment, GTBank went to court to file a motion on notice seeking orders to suspend the execution. It also sought orders to set aside the orders made by the court granting Innoson leave to enforce the judgment and to issue the processes of executing the same.

The court, however, declined to accede to the prayers of the bank. Instead, it affirmed the order it granted Innoson and approved the process of enforcing the judgment.

The bank then went to the Supreme Court. The apex court led by Justice Olabode Rhodes-Favour on February 27, 2019, dismissed the appeal which in the estimation of the auto-manufacturing company, affirmed the concurrent judgment of both the Court of Appeal and the Federal High Court, Ibadan Division.

The vehicle manufacturing company had five years ago claimed that the judgment debt of N2.4bn had an accrued interest of about N6,717,909,849.96 which resulted in about N8.8 billion.

Based on the purported Supreme Court decision, the automobile company issued a statement claiming that it had obtained a nod to take over the bank.

It took a response from the bank to fault and deny the claim. The statement signed by the Company Secretary of the bank, Erhi Obebeduo, read: “The attention of Guaranty Trust Bank has been drawn to statements circulating in the news and social media in respect of purported enforcement of a judgment of the Federal High Court, Ibadan, Oyo State at one of its branches in Anambra State.

“The bank as a law-abiding corporate citizen is taking all necessary legal steps to address this situation and ensure that no illegal or fraudulent execution is carried out.

“It is important to state that the judgment alleged in the issue is in respect of garnishee proceedings against the account of the Nigerian Customs Service Board domiciled with the bank and not against the bank as an entity.

“The bank remains committed to providing best-in-class customer experience to all its valued customers.”

The latest decision by the apex court is therefore a huge relief and great lifeline for the bank which has been seeking all legal means to resolve the protracted tussle. It is hoped that the court will diligently examine the issues and reach a sound judgment that would be pleasing to both parties.

As expected, the ruling has elicited reactions from a cross section of Nigerians who are surprised to see the apex court reversing itself after it had vowed not to so and even reprimanded and sanctioned many lawyers and appellants for daring to come up with applications seeking a review of the court’s earlier decisions concerning them.

“So, the Supreme Court can reconsider an earlier decision in the face of a compelling evidence? Didn’t the court say it was infallible? That was the question that came to my mind when the news broke that Nigeria’s apex court had reversed its earlier dismissal of an appeal by GTBank against a N2.4 billion judgment given in favour of Innoson Motors Nigeria Limited by the Court of Appeal in Ibadan.

I am just wondering if it is because it is a bank? Anyway, going forward, we don’t want to hear the justices of the Supreme Court telling Nigerians that it is infallible or that its decision is final or that applicants should take their applications to God because there is nothing more they can do. We have now seen that there is something they can do,” said one public affairs analyst who pleaded anonymity. 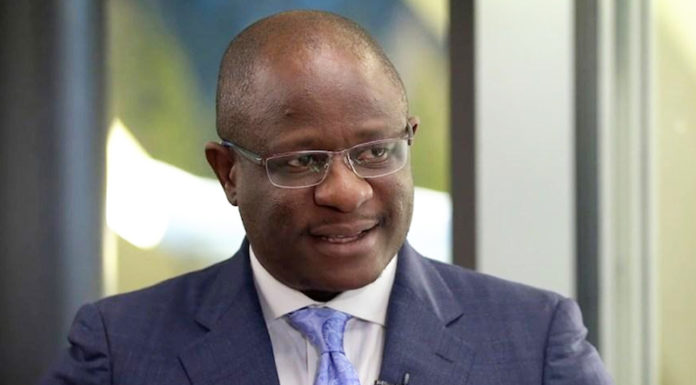