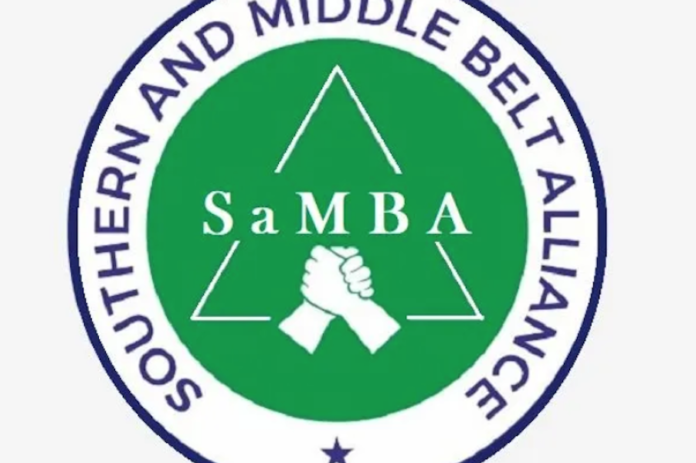 The Southern and Middle Belt Alliance (SaMBA) has demanded for the immediate release of the Spokesman of Southern Kaduna Peoples Union (SOKAPU), Luka Biniyat, detained by Kaduna State Government.

The group condemned the continuous detention of Southern Kaduna-born journalist and warned that if anything happens to Biniyat, the state governor would be held responsible.

It wondered how a Nigerian citizen could be detained for two months in a civil matter.

In a statement issued yesterday by its Spokesman, Prince Rwang Pam Jnr, the group stated that while the illegal detention at the Maximum Correctional Centre in Kaduna was at the instance of the Kaduna State Commissioner for Internal Security, Samuel Aruwan, facts allegedly showed that the illegal detention enjoyed the approval of Governor Nasir el-Rufai.

The group vowed to ensure that Aruwan’s dream to hold any public office in the future never comes to pass.

The statement read in part: “Our attention has been drawn to the continuous detention of the Spokesman of the Southern Kaduna Peoples Union (SOKAPU), Luka Biniyat for the past two months on the orders of a Magistrate Court in Kaduna on the trumped-up charges filed by the Governor El-Rufai-led administration using the Kaduna State Commissioner for Internal Security, Mr. Samuel Aruwan.

“It is shocking and alien to democratic traditions that a matter that ought to be civil in nature is twisted into a high-profile criminal case traceable to terrorism and therefore brought under the Terrorism Prevention Act. There is no doubt that the Kaduna State Government is using its DPP to haunt and use the Judiciary in persecuting its perceived enemies.

“This move was clearly targeted at keeping Luka Binnyat in prison until his application for bail is heard by a superior Court.

SaMBA is appalled by this crude and inhuman use of institutions of state to harass, humiliate and persecute citizens by a so-called democratic government.”

SaMBA called on the Kaduna State Government, the Federal Government of Nigeria and the international community to take note of the following: Luka Binnyat is a Nigerian citizen who is entitled to a fair and unbiased trial before the Courts if he has committed any offence; That while in custody of the Kaduna State Correctional Centre, Luka Binnyat is reported to have fallen ill and his health has deteriorated to the point that he is now unable to walk; and Luka Binnyat is under our laws assumed to be innocent until proven guilty by a Court. Therefore, he should not be serving a prison sentence before the commencement of trial.

“SaMBA calls on the government of Kaduna State to quickly refrain from the current persecution of Luka Binnyat and allow him to enjoy his liberty as provided by the Nigerian constitution until such a time that such liberty is taken away at the conclusion of his trial if any.”

The group further stated that if anything untoward happens to Luka while under this persecution, the Kaduna State Government should be held responsible.