Arguably the forthcoming presidential election in February 2023 is the most consequential election Nigeria is ever going to have.The circumstances leading to and surrounding the election are too grave and nation threatening that it can be safely concluded that Nigeria cannot live to survive a similar stress test. For that matter it is a moot point whether Nigeria will even survive the present ordeal. As the saying goes there is a limit to human endurance. The election has become disproportionately significant for reasons that are larger than the conventional role of elections. First is that it will bring an end to a dispensation that has severally crossed what we used to regard as red lines with reckless impunity. Making the point, for instance, was former President Ibrahim Babangida “I sacked a governor for misappropriating N300,000. Now there are people we read in the papers who steal N2 billion, N3 billion, if you compare somebody who is accused of stealing N3 billion compare him against somebody with N300,000 then I think we are saints”. In the estimation of Abimbola Adelakun, Buhari is “a crassly incompetent leader, in whom Nigeria has been plagued with possibly the most incompetent and the most sociopathic leader in national history. Sonala Olumehse added “Buhari did not fight four electoral contests so he could drive Nigeria deeper into jungle. But that is exactly what he has achieved through his leadership or lack of it, through acts of commission or omission, through terrible policy or lack of policy..The charges against Buhari are on the front pages of every newspaper in the land—including Daily Trust’s—murder, arson, mayhem, death, destruction,kidnapping, ambushing, beheadings, abductions, easy violence, cheapened life, tears. Each in increasing measure”. Second is the arrival of Nigeria at the tipping point of constitutional breakdown precipitated by the radical escalation of power politics and the cynical exploitation of a dysfunctional constitution from which, barring the promise of a mitigating major constitutional review, the country may not recover. Third is the test of the nation-building imperative of instrumentalising the election to contrive the ideal of a presidential power rotation to the South East. Cumulatively, these three contingencies is what has cast the presidential election in a make or break dimensions. Answered correctly, the third contingency is the cheapest available response and portends the utility of buying time for Nigeria in the quest for enduring political stability and development. Yet I will not place a bet on Nigeria getting this right if contemporary political signals are any indication to go by.

One way to interpret the potential disregard of the suggestion of the contrivance of an Igbo becoming the next president of Nigeria is that we are way too invested in power politics at the expense of the ideal of national unity and integration. Never mind hypocritical protestations to the contrary especially the absurdity of selling the perpetration of the status-quo, no matter how iniquitous, as tantamount to nation-building. We have been schooled to prioritise self, sect, clan and ethnicity far above any notion of Nigerian nationhood. Regardless of this inherent ideal however, the power rotation amelioration can only be a short term/tactical response to the challenge of national unity and its utility amounts to no more than kicking the can down the road-until we come to terms with the strategic imperative of constitutional review towards the restoration of federalism. If Nigeria sustains the present course and momentum of presidential power rotation, this short term response should terminate in twenty eight years once the outstanding four zones of South East, North East, South/South (four years) have taken their turn. The caveat is that the turn by turn rotation can self terminate at any point by a consensual national resolve to substantially decentralise and devolve powers to the coordinate states/ regions.

Ironically, the prevailing regional covetousness of the Nigerian presidency is itself a significant indication for decentralisation and devolution of powers. In the original design of Nigerian federalism, acquisition of power at the centre is not expected to arouse and attract a do or die disposition as it is presently the case. It is the reason Ahmadu Bello stayed back in Kaduna as Premier of the Northern region rather than come to Lagos to assume the position of the Prime Minister, as he was entitled as leader of the majority party. On the other hand, Chief Obafemi Awolowo, who nursed the utmost desire to become the Prime Minister of Nigeria was motivated, without a doubt, by a missionary zeal, to replicate the peerless stewardship he had rendered in the Western region as Premier. However the unintended consequence of his unique prioritisation of the centre was the imputation of a larger than life relevance to the federal government. And by omission, it resulted in the generation of the Western regional crisis which in turn provoked the magnification of the federal government power and its arbitrary deployment ever since.

Nigeria is a specific product of its history and so is the age-old mutual antagonism between the Igbo and the Yoruba. The tragedy is that bereft of Nigeria’s dysfunction, the two were poised to hoist the African continent into competitive global reckoning. You only need to take note of the feats and records their numerous prodigies are reputed for in the Black diaspora. How the negativity started is not as important as the self-destructive role it has played in subverting one another’s aspirations. And it has become cyclical and the cycle is about to be renewed. On account of the unmitigated tragedy visited on the Igbo from 1966 to 1970, I confess to a sympathetic understanding of this subset of Nigerians. But such sentiment is equally tempered by a political science educational background which imbued in us the capacity to be dispassionate in making political prescriptions. If the Yoruba and the Igbo are looking for one million and one reasons why they do not deserve one another’s sympathy or solidarity they will find it. I have an Igbo friend who casually and with no shred of evidence whatsoever assailed me with the news that the population ratio of Lagos is 40% (Igbo); 30% (Yoruba) and 30% (others). I had to counsel him to ensure that no other Yoruba ears are subjected to such warrant for casus belli. Genocidal brawls are sometimes provoked by less loose tongues. If there is any quality that has defined the Igbo, within the context of Nigeria, it is hubris. And they have more than pay for it. What, for God’s sake, was Ikemba Emeka Odumegwu Ojukwu thinking when he was boasting that no force in black Africa can defeat Biafra? Why, for the sake of humanity, did he not abandon the war once it was clear that the civil war had become an abattoir daily washed with Igbo blood?

I have said it before and I will say it again, that, barring the incriminating January 1966 coup, the only crime the Igbo committed was not to have won the war. It was a war of might is right. In 1966 and even now, if the dissolution of Nigeria was put to referendum, there can be no doubt on its potential outcome. What were the Igbo supposed to do after the relentless pogroms? Was the Northern faction of the Nigerian army and virtually the entire Northern region not in open rebellion against the Nigerian state for months in 1966? Would the West have remained in the federation if they were militarily in a position to enforce their exit in 1966? On the Igbo penchant for hubris, we need not look farther for evidence than the contemporary folk hero, Nnamdi Kanu. He commenced his well advertised agenda for Igbo self-determination with a declaration of hostilities against the Fulani and Yoruba in one and the same breadth. Pray, how did the civil war become a futile exercise for the Igbo if not the provocation of the North/South West alliance in the first place? Neither does this extenuation exonerate the Yoruba from being complicit in the unjust imposition of Nigeria on a hapless victim. And by the design of providence, it was the preponderantly Yoruba dominated third marine commando army division that dealt the first death blow to the Biafra army. Not to talk of the enabling competence of Chief Obafemi Awolowo in the efficient management of the Nigerian war economy including his insensitive pronouncement to the effect that starvation is a legitimate weapon of war.

Yet the argument for Igbo presidency is less about the Igbo and more about Nigerian nationhood. Does Nigeria need to take deliberate steps to make the notion of Nigerian nationhood a realistic prospect? If, as I assume, the answer is yes, the question then follows, what are the options? The one option that has been put to practice is the presidential power rotation between the North and the South. If therefore, power rotation holds valid between the North and the South, why should the same principle of equity and fairness not hold valid among the zones comprising the South (and the North)? Given the political history of Nigeria especially the segment that constitutes the Fourth Republic, what interpretation of equity and justice can we adduce to support the proposition that the South West should contest for the Southern slot against the only zone that has not produced the President? Confronted with this kind of challenge, it is good to stake positions with a view to the judgement of posterity. By the way, is it not curious that a President noted for indisposition to engage with Nigerians suddenly let loose and reveal he has a favourite potential successor?. He even went so far as indicating that the unidentified protege is relatively vulnerable and perhaps unreckoned with. Given that Buhari would practically determine who becomes his party’s candidate, this may not be good news for aspirants who already loom large in the popular imagination. There has been talks of the wild card candidacy of the likes of the Central Bank governor, Godwin Emefiele; and Tony Elumelu and Akinwumi Adesina (according to the Africa insider magazine). The one I have not heard of but could well turn out the dark horse is the Minister of transportation, Rotimi Amaechi. Go figure it out! 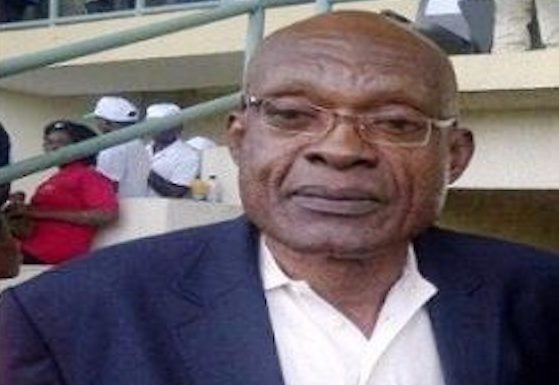