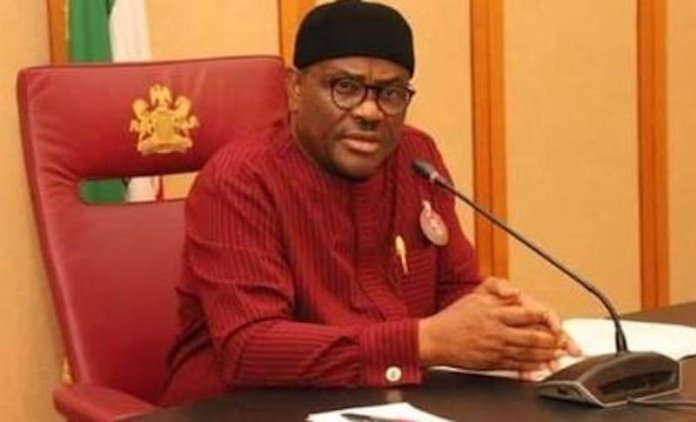 Rivers State Governor, Nyesom Wike has regretted the failure of the federal government to take any action to end the incidence of soot in the oil producing states.

Soot is a deep black powdery or flaky substance consisting largely of amorphous carbon, produced by the incomplete burning of organic matter.

It constitutes health hazard and pollutes the environment. It’s caused by the prevalence of illegal refineries in the state.

The governor said his administration cannot fold its arms and watch deviant persons destroy the environment and health of the citizens.

This as the governor has ordered all the 23 Local Government Area chairmen to hire bulldozers and destroy every identified illegal crude oil bunkering and artisanal refinery sites in Rivers State.

Wike gave the order yesterday, during a meeting with the 23 Local Government Area (LGA) chairmen, the State Commissioner of Police and the Commandant of the Nigeria Security and Civil Defence Corps (NSCDC) at the Government House, Port Harcourt.

He also asked the Rivers State Commissioner of Police, Mr. Eboka Friday, to provide adequate security for the LGA chairmen as they embark on the mass destruction of illegal refinery sites across the state.

Wike recently issued a 48-hour ultimatum to the LGA chairmen to provide him a comprehensive list of all illegal refinery sites and their operators within their respective jurisdictions.

Wike said with the receipt of the list of identified illegal refinery sites, the state government would provide financial support to the LGA chairmen to hire bulldozers and swamp buggies for the purpose of destroying all the sites.

“I will not relent in this fight. And all of you should hire bulldozers. All those areas where the illegal refinery sites are in the bush, in the creek, clear the place. Government will give you some money to go and hire bulldozers to go and clear the sites so that they will know we are serious,” he said.

He urged the Commissioner of Police to give the LGA chairmen adequate security personnel to destroy all illegal refineries.

According to the governor, the government would not allow those engaged in illegitimate business to operate in Rivers State.

“One thing I want to say and which is very clear, and like everybody knows, I am not against anybody making money. But, we cannot allow people to make money, while others are dying,” he insisted.

The governor, however, warned that he would personally visit the Inspector General of Police, the Commandant General of the NSCDC and the Chief of Army Staff in Abuja, to report any of their personnel implicated in illegal crude oil bunkering and artisanal refinery activities in Rivers State.

Meanwhile, the Environmental Rights Action/Friends of the Earth Nigeria (ERA/FoEN) has applauded the current action of Wike towards addressing the vexed issues of oil theft and refining of stolen crude oil and the consequent release of soot into the environment.

The ERA/FoEN which stated this in a statement in Benin City, by its Executive Director, Dr. Godwin Uti Ojo, noted that it was gratifying that four years after protests on the streets of Port Harcourt to Government House and the NNPC office by local communities, civic groups, and youths against government’s refusal to act, the government of Rivers State finally decided to take the first tentative steps on the road to dealing with this hydra-headed monster called illegal refinery.

The group noted that hospitals across Rivers state were reporting a marked uptick in patients presenting with respiratory illnesses especially young children whose lungs were unable to withstand the constant poisoning from air pollution.

The body also said there had been reports of increase in patients suffering severe burns from explosions resulting from utilising improperly refined kerosene from artisanal refining processes.

According to Uyi Ojo said: “Although the current action of Governor Wike is a welcomed respite for the people of the state, more still needed to be done,” adding that governments of other Niger Delta states need to take similar actions by identifying and properly decommission all artisanal stolen crude oil refining sites in their states to halt this self-inflicted destruction of the environment and unnecessary loss of lives.

He also called for the development of a holistic framework to address both the supply of artisanal products and the high demands for these products in the Niger Delta communities which included rising cost of living, unemployment, and severe impact from hydrocarbon pollution on rural livelihoods.

“There is the need to provide alternative income generation sources for these youths to discourage them from the illegal act, hence government at all levels must as a matter of necessity diversify our economy from oil and gas dependence and towards a transition to renewable energy sources such as solar mini-grid and off-grid systems.

“Recent report by the federal government confirms that over 200 million barrels of crude oil worth about $3.5 billion was stolen in 2021.

“Considering the heavy reliance on borrowings to fund government activities, the federal government and its regulatory institutions should be at the forefront of the fight against oil theft and artisanal oil refining,” he declared.

Meanwhile, ERA/FoEN Director of Programmes, Mike Karikpo, has alleged the involvement of security agencies in the Niger Delta region of aiding, influencing and providing protection for oil thieves and artisanal oil refining activities, describing the matter as a national security concerns which President Muhammadu Buhari needs to wield the big stick and cleanse the Augean stables that had become the security architecture in the Niger Delta region.

ERA/FoEN further called on the federal government and state governments in the Niger Delta region to as a matter of urgency convene a national dialogue to discuss and agree on practical steps to take in the short, medium, and long term to holistically deal with the menace of oil theft and artisanal oil refining as well as the supply and demand for these dangerous products.

In the short-term, ERA/Form called on all state governments in the Niger Delta region to immediately identify and properly decommission all artisanal refining sites in their states, ensuring that the process of decommissioning does not contribute to further release of soot into the atmosphere.

It further noted that, “a 2016 World Health Organisation (WHO) fact sheet on ambient air pollution, states that air pollution around the world is responsible for 4.2 million premature deaths globally every year. 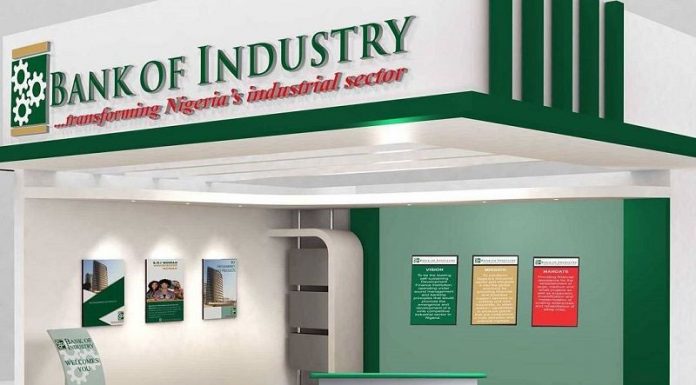