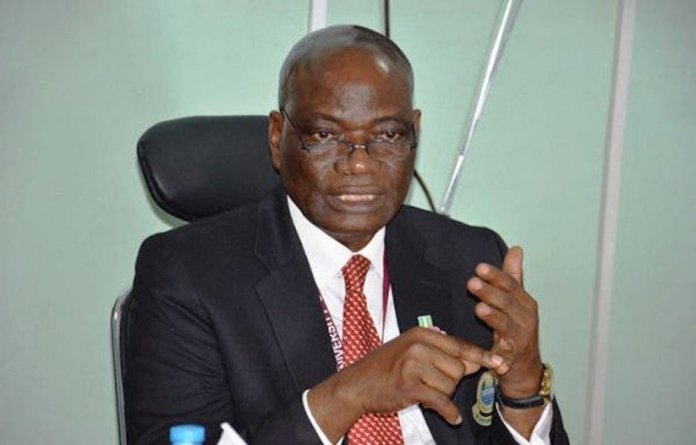 With about 10 months to the end of his five-year tenure as Vice-Chancellor of the University of Lagos, Prof. Oluwatoyin Ogundipe highlighted his administration’s achievements. He explained how his focus on research yielded positive results. Uchechukwu Nnaike reports

At the inception of his administration in November 2017, Prof. Oluwatoyin Ogundipe had promised that the focus on research would change at the University of Lagos. Training and workshops were organised to build capacity and pave the way for cutting-edge multidisciplinary research, resulting in 267 research grants received by the university, worth over N17 billion.

According to him, one of the research outcomes was the development of the portable and easily deployable ventilator during the COVID-19 pandemic in 2020. He announced that the Lagos State Science Research and Innovation Council (LASRIC) provided additional funds for the clinical trials of the ventilators.

“Also, in 2020, 16 of our staff received N419,400,000 as a total grant from the 2020 TETFund NRF. We believe that this steady growth in research activities is precipitated by the approaches we are adopting to encourage our staff to showcase their talents,” the VC explained. “It is, therefore, no surprise that the University of Lagos was adjudged as the best tertiary institution in the South-West on TETFund research grant utilisation.”​

For the first time in its history, the university was granted 18 patents in four years. The VC stated that the university’s membership of the ARUA Network helped to attract two Centres of Excellence in Housing and Entrepreneurship, providing empirical evidence of issues relating to housing and entrepreneurship.

To give researchers optimum service, he said, “The Research and Innovation Office recently received support from AGIP to renovate its office to a more befitting state. We would continue to train and retrain our staff and come up with policies that will support demand-driven research across the country.”

Under his administration, UNILAG hosted several national and international conferences, colloquia, and workshops to raise awareness about topical issues, ideas and disseminate knowledge.

He expressed delight that the institution’s Distance Learning Institute is delivering on its mandate to increase access to higher education, with enrolment reaching up to 23,000 students from 10,000.​

He also announced that the senate’s approval and necessary NUC resource verification led to the establishment of the University of Lagos Business School (ULBS) to provide the much-needed expertise in the business world. The school will graduate its first set this year.

The VC also announced that the much-awaited Doctor of Business Administration (DBA) programme would commence this session.

He said the university has set up partnerships and collaborations with institutions in Europe, America, Asia, and Africa to boost its international ranking. It also commenced the UNILAG International Week, which focused on the internationalization of higher education.

He also mentioned that the university partnered Stellenbosch University, South Africa, to co-found the African Student Leaders Network (UMOJA), to support young leaders at the university level to work collectively towards helping to solve the complex challenges Africa faces.

“Our students took advantage of this internationalisation drive, and a student at the Chemical Engineering Department won the fully funded prestigious DOW Chemicals Dow Innovators Invention Programme- a nine months fully funded internship programme in Switzerland,” stressed the UNILAG vice-chancellor. “Also, five students from the university won the three months African Leadership Internship programme with the Bank of America in 2021.”

Ogundipe recalled that UNILAG’s international ranking was not favourable when he assumed office. In the last four years, it has moved up considerably on the ranking ladder, from not being recognised to the 501-600 bracket in universities global ranking.

“This is indeed a reflection of the hard work and tenacity of our academic and non-academic staff,” he stated.

Reflecting on the impact of COVID-19, he disclosed that the university developed an e-learning platform for students and supported them with data during the examinations.​

He commended Chief Kessington Adebutu, who donated N200 million to support the ICT and e-learning drive, and Dr. Jim Ovia for donating 3,500 tablets to indigent university students to ease e-learning.

In terms of staff welfare, Ogundipe noted that the institution laterally converted staff who had improved themselves by obtaining the additional qualification to roles where they can use their new qualifications.

On infrastructure, he said the P3P initiative, Pick a Person, Pick a Project, Pick a Programme, introduced by his administration, has been a huge success, pointing out that “the infrastructural base of the university has recorded a quantum leap between 2018 and now. During every convocation, we go around campuses commissioning different infrastructural projects achieved through the P3P programme.”

The projects include the remodelling of the main foyer of the Senate House; the upgrade of the Lagoon front fountain and donation of a National History Museum; the NITDA Innovation Hub Building; TETFund APC Building; vertical extension of Faculty of Law; remodelling of the HRDC Building; the Social Science 500-seater lecture theatre; the ongoing international students’ hostel, etc.

“We are mindful of our location within the slums and the implication of this for our staff and students. We, therefore, took proactive measures to ensure our campus is safe and secure from intruders and miscreants,” said Ogundipe regarding security measures.

TETFund approved and funded the building of a new marine police post to protect the university’s coastline. He added that the university collaborated with the Nigeria Police to train security personnel to improve investigative and surveillance skills.

“Furthermore, we partnered Bionomics Nigeria Limited to provide full CCTV coverage of our entire campus to ensure security of our environment and safety,” stated the VC.

The VC further mentioned that graduating students benefitted from a master class training offered by Nigeria’s top employment organisations such as Jobberman.

While applauding the Ministry of Education’s support, he called for more help for the university and the vice-chancellors that would succeed him.