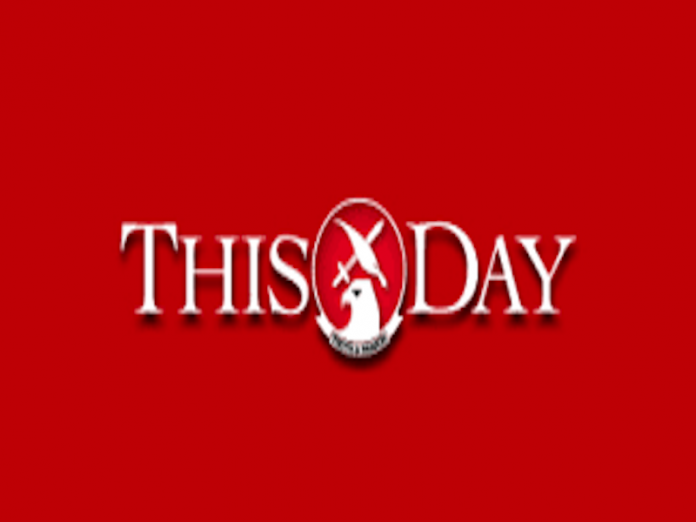 In a statement signed by THISDAY Managing Director, Mr Eniola Bello, rejuvenating the Editorial Board is an ongoing process that will bring onboard respected professionals with requisite experience and exposure in different fields. “The new members, with fresh ideas and energy, are to bring robust engagements to discussions of the Board on issues that would shape the 2023 elections,” Bello said.

Prior to his assignment at NEITI, Adio had held senior positions in different organizations, ranging from editor and columnist at THISDAY Newspapers, special adviser to the senate president, communication specialist at UNDP etc. Adio obtained his first degree in Mass Communication from the University of Lagos, a Masters in Journalism from Columbia University and another Masters in Public Administration from Harvard University, where he was, at different times, a Fellow of the Neiman Foundation for Journalism and an Edward S. Mason Fellow in public policy and management. He is also a Fellow of the fifth class of the Africa Leadership Initiative-West Africa and a member of the Aspen Global Leadership Network.

Following his stint as a lecturer in Biological Sciences at his alma mater, the Usman Danfodio University, Sokoto, Jega has practiced journalism non-stop for more than three decades. For a total 13 years, he was Managing Editor, Editor, Deputy Editor-in-Chief and Editorial Board Chairman of Daily Trust Newspapers. Prior to that, Jega was Editor, New Nigerian Newspapers, Editor of The Sentinel magazine, Kaduna and Assistant Editor, Citizen magazine.

A pioneer THISDAY Editorial Board member, Paul Nwabuiku, who has also served on The Guardian’s Editorial Board, is a respected public intellectual with decades of experience in journalism, advertising and public communication. A winner of the DAME Awards for Informed Commentary, Nwabuiku served twice as Special Adviser to former Finance Minister and current DG, World Trade Organisation (WTO), Dr Ngozi Okonjo-Iweala and played a key role in communicating the Obasanjo reforms as well as the economic initiatives of the Jonathan years. Nwabuiku holds a fist degree in Mass Communication from the University of Nigeria, Nsukka and MBA from the University of Jos.

Sonny Aragba-Akpore has a cognate practice in the media spanning more than three decades. In July 2010, he was appointed Assistant General Manager/Head, Corporate Communications at the Nigerian Communications Satellite (NIGCOMSAT) Ltd with a mandate to turn around the media fortunes of this government agency after a failed satellite in the orbit. Following his success on that assignment, the Nigerian Communications Commission (NCC) invited Sonny to rejig the media profile of the telecommunications regulator. In November 2014, he became the NCC Assistant Director/Head, Media & Public Relations, a position he held until retirement in July 2020. Sonny attended the University of Lagos and holds B.A and M.A. in English. He is also a member of Nigerian Institute of Public Relations (NIPR).

Currently the Executive Director of Enough is Enough Nigeria (EiE), a non-partisan network of individuals and organizations committed to building a culture of good governance & public accountability in the country, Adamolekun has a 23-year diverse career spanning the public and private sectors. She started her working career in the United States as a management consultant in Navigant Consulting, before moving back to Nigeria to work at Alder Consulting. In 2018, she was named as one of the Most Influential People of African Descent (MIPAD), endorsed by the United Nations in the Humanitarian & Religious category. In 2019, Adamolekun joined the Africa Program of the Center for Strategic & International Studies (CSIS) in the US as a non-resident Senior Associate.Adamolekun has a first degree in Mathematics & Economics from the University of Virginia; an MSc in Development Studies from The London School of Economics (LSE) and an MBA from Oxford University’s Said Business School.

Founder of DMC, an Abuja-based communication and strategy consulting firm, Gimba Kakanda is a notable public affairs analyst, media and foreign policy consultant and author. He is a regular contributor for Aljazeera and several Nigerian publications, including Daily Trust. Kakanda holds a master’s degree in International Relations from the London School of Economics (LSE) and is an alumnus of the University of Iowa’s International Writing Program. With a huge following on social media, Kakanda is a notable voice in the inter-generational conversations in the Nigerian polity.

A business consultant with a decade of experience in brand and strategic management, Ms Aisha Shuaibu is Managing Director of Waffle Way in Abuja, and President of SWA Sports, an initiative that is promoting local talents in kickboxing, wrestling, and Taekwondo. Ms Shuaibu obtained her B Sc in Business Studies from the University of Bedfordshire, Luton in the United Kingdom and her Masters in Entrepreneurship and Innovation from Bahcesehir University, Istanbul