2023 Elections: INEC Receives 216 Requests for Particulars of Candidates  21 mins ago

Defend Yourselves against Attackers, Adeboye Tells Followers 41 mins ago 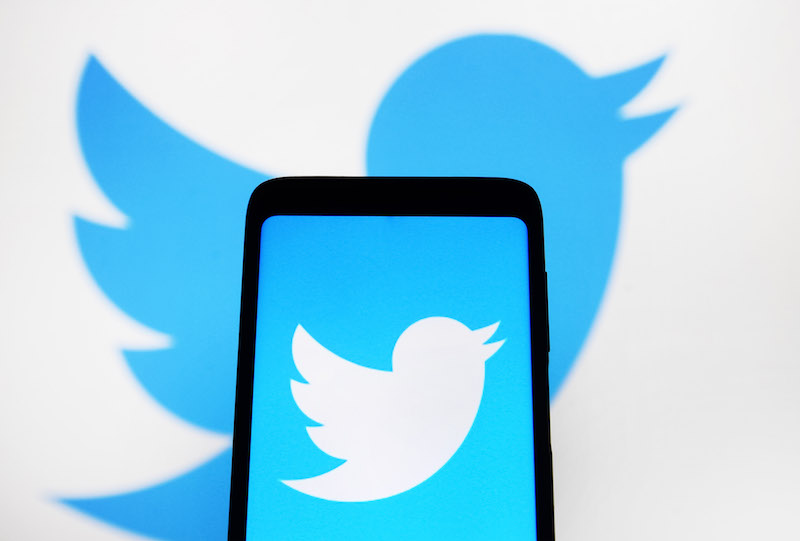 After seven months, and economic losses put at about N546.5 billion, and incalculable losses in democratic gains, the federal government finally lifted the ban after the microblogging platform, Twitter, supposedly complied with conditions imposed on it.

The ban on Twitter descended when Mazi Nnamdi Kanu, the leader of the proscribed Southeast secessionist group, the Indigenous People of Biafra (IPOB), sparred with the federal government. When citing a contravention of its policies Twitter censored a tweet from President Muhammadu Buhari which was a reply to one of the then frequent outbursts of Mr. Nnamdi Kanu; the presidency alleged double standard on the part of Twitter before banning its operations within the country.

While the ban, supported by the Nigerian legislature, lasted, some government officials in an exhibition of the dizzying hypocrisy that feeds the highlight reels of Nigeria`s halls of power could still not get their hands off their twitter handles.

The federal government in building its case for the ban on Twitter had alluded to how the platform was used to destabilize the country during the EndSars protests of 2020 when the platform gave millions of young Nigerians and their supporters within and outside the country a voice.

It would seem there is pattern of repression and oppression here with the ultimate aim of encouraging a fear-driven silence. The pattern, delicately woven by state actors, has been building for some time now in a country where the frustrations of citizens spike with each government misstep or terrorist attack.

Agents of the Nigerian state, citing sleaze or national security, have been known to swoop on select citizens at odd hours of the day in carefully orchestrated attacks ostensibly designed to enforce Nigeria`s version of the omerta. Since 2015, an unremitting campaign of intimidation has been mounted against Nigerians in the Legislature, by various security agencies, and even on social media by paranoid megaphones of state.

Two events seem to inform the logic behind the lifting the ban. One is the 2023 general elections, the buildup of which is seeing a cast of presidential pretenders parade themselves before Nigerians. The other is the continued detention and prosecution of Mr. Nnamdi Kanu by the Nigerian state.

Politicians need Twitter to get to their supporters and with the Tiger of Afara Ukwu now caged in Abuja from where his pacing is threatening to rip the Southeast apart, the federal government can now rest easy, with one more thorn having been pulled out of its side.

What happened with the Twitter ban was ritual humiliation and intimidation – a classic case of the fate of the grass when two elephants tangle. A turf war Nigerians had no hand in was used as an opportunity to silence the citizens of the Giant of Africa.

Like every other human venture, social media (described by author Sinan Aral as ‘the hype machine’ in his book of the same name) perfectly mirrors the flaws of those who own and use it including the worst of those flaws. It amplifies their pettiness and predation and starkly reveals their psychopathy and sociopathy. In the wild freedoms of social media, even those who would kill others and disrupt democratically elected governments find an outlet.

Yet, for all its flaws, social media has revolutionized communication, especially citizen communication, enabling citizens to aggregate their views in relations with their government.

The archaeology of communication which social media symbolizes becomes more invaluable when cast into stark relief by the fact that traditional media is mostly operated by the centrifugal and centripetal forces of capitalism and state power which find common ground in the censorship of citizen.

The patent power of social media in this wise has predictably proven a nightmare for many authoritarian governments around the world especially for those who hide dictatorship in the white sepulchre of democracy. Twitter especially has proven an iron thorn in the side of dictators. History tells a luminous tale here: during the 2011 Egyptian revolution, the defiant chants that evicted long-time president Hosni Mubarak from the presidential palace did not just ring out from Tahrir Square. He was dragged hither and thither on Twitter until he was deposed.

It is no coincidence that Twitter is banned in countries like China, North Korea and Iran where hapless citizens have to lick the bootheels of dictators. Thus, in Nigeria, over a presidential tantrum, the baby was cast away with the bath water and for seven months, Nigerians could not get on twitter without virtual private networks. Countless livelihoods were lost.

Does one wonder why many Nigerians in Nigeria live on the edge, their frustrations impregnated by hunger and privation? The chilling pattern which inspires repression in Nigeria would also tell of how Twitter became such a weapon when anti- government protests convulsed the country in October 2020.It is only a government that has become offensive to its citizens that finds every slight or slur unforgivably offensive.

With Twitter now available to Nigerians and the politics of 2023 gathering steam, Nigerians must be under no illusions about those who would gag them.