According to the National Chairman, Boma Ebiakpo, “this was apparently to attempt to embark upon another cycle of illegality preparatory to consider an NDDC 2021 budget (which is yet to be transmitted to the National Assembly by President Buhari) to be defended by an illegal sole administrator contraption that is alien to the NDDC Act, the law governing the operations of the Commission.”

Niger Delta Peoples Forum drew attention to a story in an online news platform, Premium Times, on January 11, 2022, with the headline “National Assembly panel meets with NDDC over 2021 budget.”

According to Ebiakpo, this is “certain to cause outrage in the Niger Delta region that is already agitated over the delay in inaugurating a substantive board, in compliance with the law to ensure proper corporate governance, and fair representation of the nine constituent states.”

It also noted that this “latest gambit, seen as a ploy to test the waters of patience of the region, and pliability of the Buhari Presidency, is a gamble taken too far.”

NDPF stated that the NDDC Act which explicitly states how the Commission is to be governed is clear on the process for the approval of NDDC annual Budget by the National Assembly. In Part V, 18(1) it states that “the Board shall, in each year, submit to the National Assembly through the President, Commander-in-Chief of the Armed Forces an estimate of the expenditure and income of the Commission during the next succeeding year for approval.”

The group further noted that the NDDC Act also stipulates that the Board and management (comprising the MD and two EDs) shall be appointed by the President, Commander-in-Chief of the Armed Forces, subject to the confirmation of the Senate.

Ebiakpo regretted that in the past two years, “the Commission has been administered in breach of the law through illegal interim managements/sole administrator contraptions administering a total of N799 Billion approved budgets by the National Assembly for the 2019 and 2020 financial years,” observing that the 2020 Financial year for NDDC’s budget as approved by the National Assembly expired on December 31, 2021.

NDPF stated that “rather than continue the illegality of administering NDDC with a sole administrator contraption that is not known to the NDDC Act, we urge President Buhari to halt the ongoing charade at NDDC, abide by the law and inaugurate a substantive governing board for NDDC to ensure proper corporate governance, checks and balances, probity, accountability, and equitable representation of the nine constituent states that have endured two years of the Commission being run like a personal fiefdom.”

NDPF also drew the attention of President Buhari to a scathing editorial by THISDAY on Wednesday, January 12, 2022, titled “THE MERRY-GO-ROUND IN NDDC.” According to the paper, “The Niger Delta Development Commission (NDDC) is becoming an object of jokes among critical stakeholders. Almost six months after the submission of the report of its much-touted forensic report, the federal government has not been able to implement any of the recommendations or appoint a substantive board to allow the commission function effectively as stipulated by law. All that Nigerians are regaled with are tales and empty presidential threats while the Minister of Niger Delta, Godswill Akpabio continues to run the commission with some nebulous interim management committees that are unknown to law.”

Ebiakpo urged President Buhari to “resist attempts by certain officials in his government to goad him into further acts of illegality in administering NDDC by not transmitting the 2021 Budget of NDDC to the National Assembly before the inauguration of a substantive NDDC Board because doing otherwise is further breach of the law governing NDDC.”

The group re-affirmed its support for the legitimate aspirations of a wide spectrum of Niger Delta stakeholders, and in compliance with the law, the NDDC Act, that President Buhari should “inaugurate the substantive Board of the Commission before transmitting the 2021 budget of NDDC to the National Assembly.”

According to them, the President will also be keeping to his promise to inaugurate the board after the forensic audit.

The group.said President Buhari had promised the nation on June 24, 2021, while receiving the Ijaw National Congress (INC) at the State House in Abuja that the NDDC Board would be inaugurated as soon as the forensic audit report is submitted.

The President said: ‘‘Based on the mismanagement that had previously bedeviled the NDDC, a forensic audit was set up and the result is expected by the end of July, 2021. I want to assure you that as soon as the forensic audit report is submitted and accepted, the NDDC Board will be inaugurated.”

Regrettably, NDPF observed that the report of the forensic audit of NDDC has since been submitted by Minister of Niger Delta Affairs, Senator Godswill Akpabio, to President Buhari on September 2, 2021, but almost six months after submission of the forensic audit report, the President is yet to fulfill his own promise. The Ijaw National Congress (INC) has described the delay in inaugurating the NDDC Board as “a clear betrayal of trust and display of State insensitivity on ljaw nation and Niger Delta region.”

NDPF also noted that “it is in breach of the NDDC Act for the current Sole Administrator or anyone else to administer the NDDC and utilise the huge funds accruing to it on a monthly basis without passing through the legal requirement of appointment as stipulated in the NDDC Act. We therefore align with other Niger Delta authentic stakeholders to reject in its entirety the reported surreptitious engagement between the joint Committees of the National Assembly on Niger Delta and the Sole Administrator of NDDC, Effiong Akwa, to seek to appear before them to defend the yet to be transmitted 2021 budget, and thereby continue to illegally administer the funds that accrue monthly to NDDC when the sole administrator position is unknown to the law setting up NDDC.”

According to Ebiakpo, “presently, the illegal NDDC Sole Administrator singularly acts as the Managing Director, the Executive Director of Finance and Administration, and Executive Director of Projects, with no checks and balances, proper corporate governance, and probity in administering the Commission” and observed that “to the detriment of the entire region, these illegal interim contraptions/sole administrator contraptions have been fleecing the NDDC of its funds in the last two years.”

According to NDPF, as pointed out by no less a person than the President of Ijaw National Congress (INC), Professor Benjamin Okaba, in an interview with a national daily on October 17, 2021, there has been “unceasing irregularities and lack of due process in NDDC since October 2019 when the illegal interim management/sole administrator contraptions have been in place, administering a combined two-year budget of N799 Billion for 2019 and 2020, as approved by the National Assembly.”

Prof. Okaba pointed out that “we are not particularly happy about the silence on the over N600bn payments made for emergency contracts; the over 1,000 persons who were allegedly employed in the NDDC between January and July, 2020 without due process. We are also aware that the 2020 budget was passed in December 2020 and N400bn was voted for the NDDC but the commission had spent over N190bn before the budget was passed. So, what happened to the Procurement Act?”

Niger Delta Peoples Forum therefore urged President Buhari to “halt the ongoing breach of the law governing the operation of the commission, the unfortunate disregard for the rule of law, and hearken to the unending calls, demands and peaceful agitations of youths, men and women, political and traditional leaders and civil society organisations for the inauguration of the board of NDDC. This will ensure compliance with the NDDC Act, promote and sustain peace, equity and fairness, transparency and accountability, good governance and rapid development and transformation of the Niger Delta Region.” 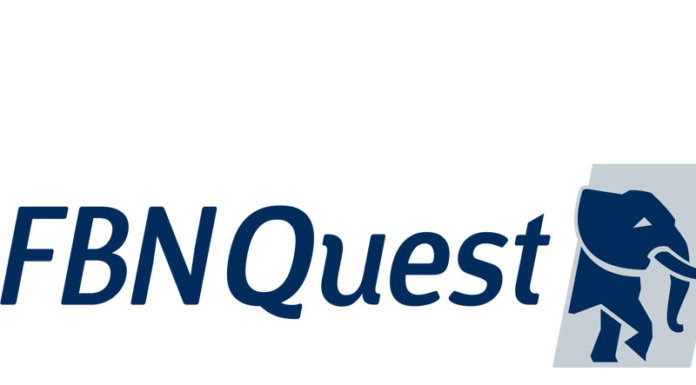 FBNQuest Discusses the Importance of Investing Towards Your Children’s Future