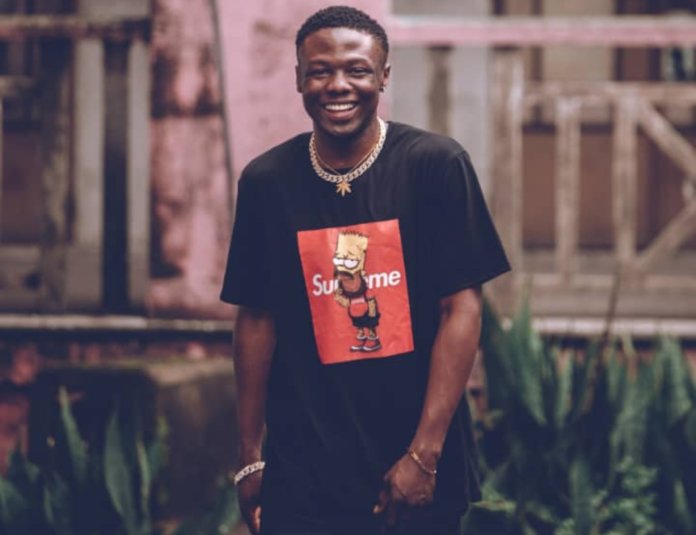 OG Tega joins Nollywood comic characters such as Buchi, Nedu Wazobia, Ekwutousi Maleke, Jemima Osunde, Romeo_WJ, Broda Shaggi, Real Warri Pikin, Sound Sultan, Senator and Basketmouth himself,
The comedy series follows the life of its eponymous character, Papa Benji, an industrious Igbo man who took a loan to start his pepper soup joint, which attends to many other interesting characters that come into the joint.

OG Tega plays the character of Benjamin; son of Benjamin Engwuowun, the only person who knows the recipes of his father’s successful pepper soup joint but he wants to become a rapper/musician and invest in the business.

OG Tega’s journey into content creation and film came nine years ago when he was in school in Ukriane studying medicine. He and his friends called the House of Craze team made use of their time in Ukraine while under some kind of insurgency and many people flew out of the counyry but they decided to stay – also just to maximise the use of the Instagram platform to showcase their jokes and talents.

As his craft progressed in the comic acting industry, he created the popular comedy character called Professor Lawal for his series on Instagram. The motivated for this character came through his experiences when he visited Nigeria and started listening to what people said about their time in school and the things he observed from a teacher-friend that visited.