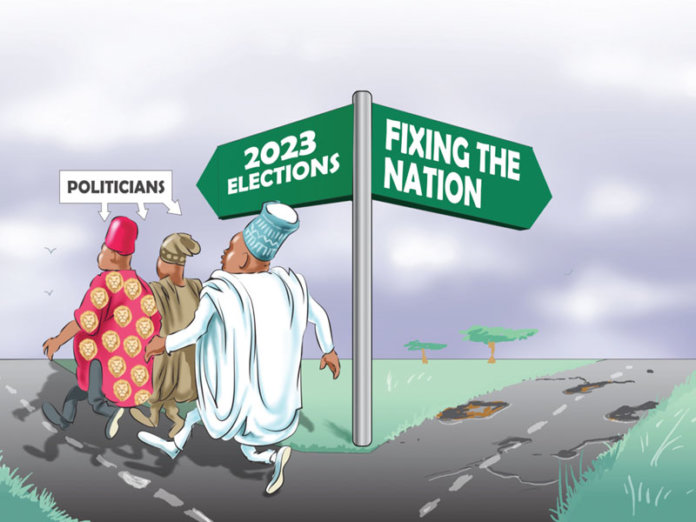 I have to state categorically that many methods will be used to lie and deceive people in 2023 general elections. Among these methods used will be the power of computation that deepfakes afford anyone with the skill and design prowess.

Deepfakes are the most prominent form of what’s being called “synthetic media”: images, sound and video that appear to have been created through traditional means but that have, in fact, been constructed by complex software. Deepfakes have been around for years and, even though their most common use to date has been transplanting the heads of celebrities onto the bodies of actors in pornographic videos, they have the potential to create convincing footage of any person doing anything, anywhere. What this means is that I can create a video of you telling a lie and put your face on it and share it on social media.

This is a disastrous thing, as it would accelerate falsehoods in the political space. I must confess all parties will use methods like this to spread division.

How to spot a deepfake. It has to be said that there is no hard and fast rule to spot a deep fake, and that is why you should rely more on traditional news sources for your news and also compare them across media before you make up your decision. There are some ways like:

Pay attention to the eyes and eyebrows. Do shadows appear in places that you would expect? Deepfakes often fail to fully represent the natural physics of a scene.

Pay attention to the glasses. Is there any glare? Is there too much glare? Does the angle of the glare change when the person moves? Once again, Deepfakes often fail to fully represent the natural physics of lighting.

Pay attention to the facial hair or lack thereof. Does this facial hair look real? Deepfakes might add or remove a mustache, sideburns, or beard. But, Deepfakes often fail to make facial hair transformations fully natural.

Pay attention to facial moles. Does the mole look real?

Pay attention to blinking. Does the person blink enough or too much?

Pay attention to the size and color of the lips. Does the size and color match the rest of the person’s face? Despite all of this, I must confirm that people will still fall for deep fakes, but most importantly we must be careful and support healthy conversations.

NIGERIA AND THE GIRLS LEFT BEHIND