AbdulRazaq: Kwara ‘ll Collaborate with Nigerian Army, Others to Ensure Security 5 mins ago

Atiku Flags Off Campaign, Says We Have a Duty to Arrest the Drift 2 hours ago 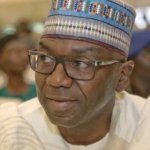 Atiku Flags Off Campaign, Says We Have a Duty to Arrest the Drift

Medical experts have advised that more time should be given for evaluation of the research study which identified cannabis compounds as a therapeutic agent to prevent COVID-19.

The new study published in the peer-reviewed Journal of Natural Products by researchers from Oregon State University and Oregon Health & Sciences University, stated that the use of cannabis compounds as a therapeutic agent could prevent COVID-19 by blocking the virus from entering human cells.

But when THISDAY contacted the Chairman/Chief Executive Officer of the National Drug Law Enforcement Agency (NDLEA), Gen. Muhammad Buba Marwa, for his reaction on the development, he described it as, “false,” saying “they should go to New England Journal of Medicine.”

The new report quoted a statement by Oregon State University in the United States as having revealed that the findings pointed to the cannabis compounds as, “virus neutralising” capable of blocking the entry of coronavirus in high concentrations that the researchers note are, “high but might be clinically achievable.”

Just like Marwa, some medical experts have advised on the need to trade with caution over the outcome of the study, saying that it requires further cross checking.

A former President of the National Association of Resident Doctors (NARD), Dr. Uyilawa Okhuaihesuyi said it was too early to celebrate the breakthrough.
“Sincerely I am just hearing of this for the first time. But I am quite sure many studies are presently going on. I do advice we wait for a universally acceptable study than jump into this for the side effects also,” he said.

Similarly, a Medical Consultant at the National Hospital, Abuja, Dr. Akanimo Ebong said that the research study would need to be subjected to further scientific processes before it can be universally accepted.
Ebong who spoke to THISDAY, said that apart from subjecting the study to global scrutiny, the research product must be reproducible in various parts of the world.

Reacting to the new study on cannabis the physician said: “Like everything that has scientific basis, other people will have to go through it and what the result of study is and it has to be reproducible in various parts of the world.

Ebong said what was left now was for other people to cross check what had been done and how it would be used.
“We are always when new research findings come out but we are only concern that it will not result in any adverse effects to the patient,” he said.

According to the study report, the scientists were looking for a biological compound that could bind with the spike protein of the SARS-COV-2 virus, which causes COVID-19.

The study’s authors stated that widespread use of the compounds from pot plants and a vaccination regime could help to fight the virus’s spread and the disease it causes in people who get infected. The researchers from Oregon State University and Oregon Health & Sciences University used a technique called affinity-selection mass spectrometry (used to quickly assess a large volume of compounds) on cannabis, which they honed in on three compounds: cannabigerolic acid, or CBG-A; tetrahydrocannabinolic acid, or THC-A; and cannabidiolic acid, or CBD-A.

However, the report stated that the researchers could not get a controlled substance, they needed to assess its effects and focused on the others.

The research team had incubated the live virus with cannabis compounds as well as a control and, after 24 hours, injected them into human epithelial cells; they found that cells that had been treated with CBD-A and CBG-A lacked SARS-COV-2 RNA.
The report stated that they performed the same procedure on live alpha and beta variants, first detected in the UK and South Africa, respectively, and found that the compounds had the same effect in both cases.

They expressed optimism that these compounds can be effective against other variants, too.
“Our data show minimal impact of the variant lineages on the effectiveness of CBDA and CBGA, a trend that will hopefully extends to other existing and future variants,” the authors wrote.

On the method of use of cannabis, the researchers recommended oral administration of the compounds, meaning that adequate use of cannabis for COVID-19 prevention would likely come in the form of a pill or liquid.

“These compounds can be taken orally and have a long history of safe use in humans,” said Richard Van Breemen, first author on the study and Professor of Medicinal Chemistry at the Linus Pauling Institute at Oregon University.