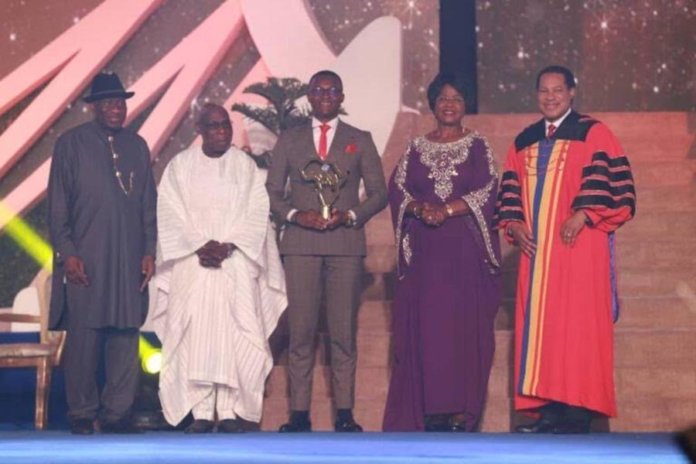 At the recently held Future Africa Leaders Awards (FALA 2021), 10 nominees across the continent were awarded with 115,000 dollars for their contributions to humanity in their respective fields.

While the star prize award winner carted away 25,000 dollars, the remaining nine were also given 10,000 dollars each.

Prior to the award day, 30 individuals from 20 African countries were nominated for the highly-coveted global recognition awards before it was narrowed down to 10 persons.

The event was part of the December 31st New Year’s Eve Service with Pastor Chris which was broadcast across over 2,000 Satellite and terrestrial stations worldwide, including the Loveworld Networks, Internet and all available Social Platforms and Networks, and watched by billions of viewers.

The winner of the award was
Camerounian Nervis Nzometiah Tetsop, who bagged the Star Award with a sum of $25,000.

According to the organisers, Tetsop is an exceptional innovator and community builder with great enthusiasm for youth leadership development.

By motivating others to aspire for relevance through several workshops and seminars on career orientation, leadership, and impact opportunities, he is leading positive change in his nation with the use of technology.

The winners said they were grateful for the opportunity and promised to keep supporting their community in other to have a greater Africa.

Also, former President‌ ‌Goodluck‌ ‌Jonathan who was the Special Guest of Honour, praised African Youths as one of the continent’s most valuable asset.

He said: “Africa’s youthful population is one of the continent’s most valuable asset in the emerging 4th and 5th industrial eras.

“Our youths have demonstrated commitment and dedication to making Africa proud across the globe.

“On the African continent, the youths have not failed, but they can do better to end contemporary problems in the continent. I believe that African youths are critical stakeholders in our quest for socio-economic transformation as a continent.

“They have the strength and possess the creativity to spur innovation for production, manufacturing and technological advancement.”

In her speech, President, Africa Diaspora Development Initiative (ADDI) and former African Union Permanent Representative to the United Nations Dr. Arikana Chihombori-Quao, lamented on how Africa was being exploited, deceived and manipulated to remain at the position where they would always look up to the Western world for help.

She said: “So to you leaders of tomorrow I say, we are leaving you with Africa that is not as good as it should be, we must all come together, we must unite all members of human race, inhabitants of this beautiful planet called earth.

“Let us tell the world once and for all that as united as African youths that we denounce world with bigotry, racism and hate; we demand a world that is free, fair, equitable and just. Let us stop following well dressed lies and now pick up the naked truth.”

The award was instituted in 2013 by the Chris Oyakhilome Foundation International and was designed to form a community of likes minds who are prepared and determined to produce the Africa of their dream.

So far, the initiative has produced about 90 winners since inception who focused on gender, education, agriculture, entrepreneurship skills, and other sectors. 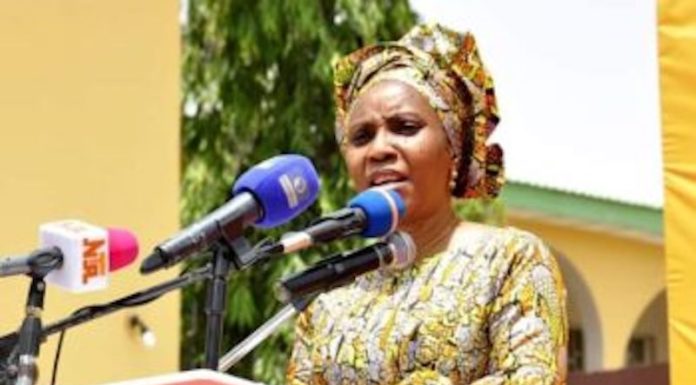