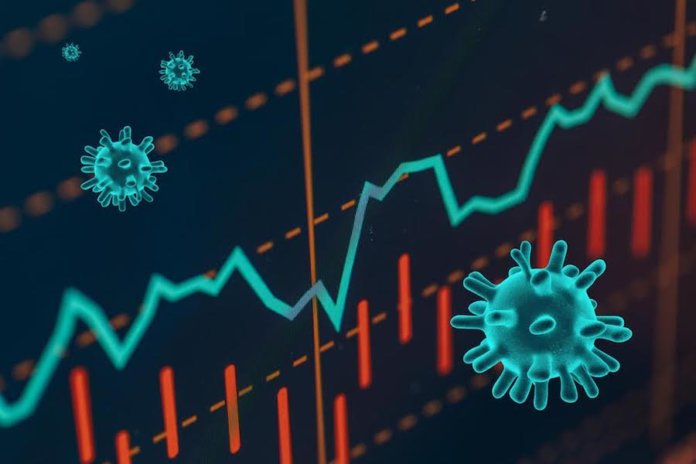 Numeh Ekeghe writes that 2022 will usher in vista of economic development opportunities and recovery despite the negative impact of COVID-19, as she reviews the events that shaped the economy in 2021

Two years into the COVID-19 pandemic it has become evident that the virus is here to stay and economies would have to adapt. While the Nigerian economy has been able to survive the COVID-19 induced recession, analysts say the country may not witness a faster growth than it had last year.

With large vaccine deliveries now in place, Nigeria’s fight against COVID-19 has devolved to one against vaccine hesitancy, and it is expected that vaccine mandates for government agencies would come into force over 2022, which should increase vaccination coverage across the population.

Growth at the end of the third quarter of 2021 stood at 4 per cent, with that, annual year-on-year (YoY) growth expected to be around 3.5 per cent. For 2022, analysts believe that while the country would continue to experience growth, it may remain within the 3.5 per cent band as the country works its way into an election year.

According to analysts at Sigma pensions, Nigeria’s economic growth is expected to stabilise around 3.4 per cent in 2022, reflecting improvements across Telecoms, trade, manufacturing, and oil. “The removal of NIN restrictions should provide some upside to telecoms growth, and we expect improvement in FX supply to bolster manufacturing GDP. We expect the oil sector to exit recession in 2022 as Nigeria’s crude production rebounds from the 1.6mbpd low base in 2021 towards a range of 1.8-1.85mbpd and as most OPEC+ curbs are removed by May 2022.

“Given price and production expectations, it is expected that Nigeria’s external balance to improve as oil export receipts normalize to trend levels amid persisting import demand suppression on account of the CBN’s currency policy. Putting this into consideration, analysts say they are looking towards a combination of limited offshore inflows due to the negative real yield regime and subsisting dollar demand pressure to continue to underpin Naira weakness across FX markets.

“Limited dollar supply within the official IE window will continue to drive the persistence of a wide parallel market premium. Over the year, we expect the CBN to adjust the IE exchange rate towards N450-460/$. On inflation, the recently announced plan to remove fuel subsidies (testament to the large fiscal revenue strain) if carried out will result in higher petrol prices in H2 2022 and by extension a resurgence in inflation towards 16% levels from 14 per cent region in HI 2022, “they said.

Asides these, the analysts believe that fiscal imbalances loom large for the second consecutive year with the federal government proposing another record deficit of N6.2 trillion to be financed via large foreign and domestic borrowings.

“Furthermore, likely stronger dollar demand will convince the CBN of the need to tighten monetary conditions as with the trend across global central banks to manage FX reserve depletion. Against this backdrop, we think the current bearish trends in the fixed income will likely persist over 2022.”

Coming out of its second recession in five years, the Nigerian economy had initially been expected to grow by around 1.1 per cent in 2021 but the economy had surpassed expectation with many international organisations, including the International Monetary Fund (IMF) revising growth projections for the country to 3.5 per cent for the full year.

The revised growth projections is not unconnected with the faster recovery of the economy propelled by a reduction in new cases of COVID-19 infections, improved global oil price as well as a pick-up in economic activities.

The Nigerian economy is expected to return to positive growth, driven by the higher consumer spending relative to 2020, government interventions and the base effect. On a year-on-year basis, the Nigerian economy expanded by 4 per cent in the third quarter of 2021.

Gross Domestic Product (GDP) growth in the third quarter of the year had slightly lower than the five per cent recorded in the second quarter of the year due to the gradual fading out of the base effect, with the economic expansion was driven by the non-oil sector which grew by 5.4 per cent. The oil sector, on the other hand, continued in its negative growth trend, declining by 10.73 per cent in the quarter.

While the services sector expanded by 8.41 per cent, the growth of agriculture slowed further to 1.2 per cent in the quarter and the industrial sector declined by 1.6 per cent due to the contraction in the oil sector.

Inflation figures, which started the year around 16 per cent had risen beyond 18 per cent in May as food prices shot up but had subsided as increase in prices slowed. By November, inflation had declined for eight straight months to 15.40 per cent from 15.99 per cent in October.

Meanwhile the annual core inflation, which excludes the prices of agricultural rose to 13.85 per cent, the highest since April 2017. Food inflation, which had risen beyond 23 per cent had also slowed to 17 per cent by November 2021.

The banking industry also had its own excitements as the Central Bank of Nigeria went back on its policy of selling foreign exchange to bureau de change operators and giving commercial banks the role of meeting all foreign exchange needs.
The apex bank also moved to increase remittance by giving an incentive of N5 for every dollar remitted into the country through its Naira4Dollar scheme. With the policy, the CBN says remittance into the country had improved significantly from around $20 million per week to around $100 million as at October 2021.

One major achievement, which put the country on the global map is the launch of the eNaira which makes the country one of the first three countries in the world to launch a Central Bank Digital Currency (CBDC).

Also in the course of the year, the CBN had taken a major stand against cryptocurrencies directing that banks freeze accounts that are in any way involved in the trading or holding of cryptocurrencies. According to the CBN Governor, the operations of cryptocurrencies are dangerous, opaque and contravenes the existing law. He said given the fact that cryptocurrencies were issued by unregulated and unlicensed entities made it contrary to the mandate of the Bank, as enshrined in the CBN Act (2007) declaring the Bank as the issuer of legal tender in Nigeria.

“Cryptocurrency is not legitimate money because it is not created or backed by any Central Bank. Cryptocurrency has no place in our monetary system at this time and cryptocurrency transactions should not be carried out through the Nigerian banking system,” Emefiele added.

Meanwhile, flagship cryptocurrency, Bitcoin had seen a meltdown in the course of the year after billionaire Elon Musk had rescinded on his decision to accept Bitcoin as payment for Telsa cars citing environmental reasons. The value of the cryptocurrency had crashed from over $50,000 to around $25,000 within a matter of weeks before it began a pickup.

Another major event in the industry is the takeover of Union Bank Plc by Titan Trust Bank, one of Nigeria’s new commercial banks. Subject to regulatory approvals, Titan had reached an agreement with the core investors in Union Bank to buy 89.39 per cent stakeholding. Led by an ex banker and former deputy governor of the CBN, Tunde Lemo, Titan is taking over the majority shareholding of Union Bank from Union Global Partners Limited, Atlas Mara Limited and other shareholders.

The apex bank had also in the year given an approval in principle to two telecommunications giant MTN Nigeria and Airtel Africa to commence operations as Payment Service Banks (PSBs). The AIP will enable both companies to acquire the necessary infrastructure to offer banking services such as acceptance of deposits, remittances, payment processing and mobile wallets.

For analysts at Cordros Research, the broad reach of telco players evidenced by the industry’s active telephony subscribers of 191.95 million as at October 2021 presents them with a significant opportunity to accelerate financial inclusion.

According to the analysts, up until 2018, the country was heavily reliant on a bank-led approach as telcos played the role of a facilitator (since users make use of mobile phones) for financial services delivered by banks.

“The drawback of this framework was low penetration and uptake of mobile money services, which has limited the achievement of Nigeria’s National Financial Inclusion target of 80 per cent financial inclusion by 2020.

“The Central Bank of Nigeria (CBN) has demonstrated its willingness to enable mobile network operators to drive financial inclusion in the country, ”they said.

Buhari Appeals to ASUU, Others to Call Off Strike, University Workers Reject Plea