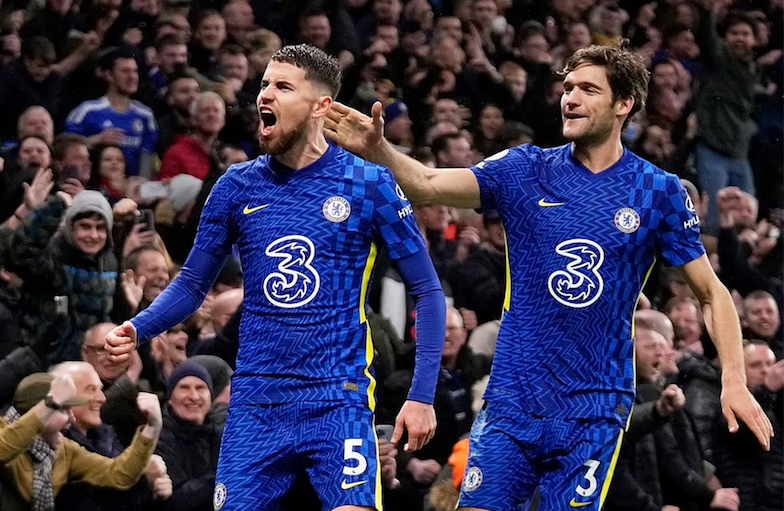 Jorginho scored his second penalty after 94 minutes to decide a hugely entertaining encounter at Stamford Bridge, which featured three converted spot-kicks in all, to keep his side within two points of leaders Manchester City.

Teenage substitute Joe Gelhardt appeared to have earned a late point for Leeds with his first touch, the 19-year-old sliding in to send Tyler Roberts’ low cross past Edouard Mendy with seven minutes remaining.

Raphinha put the visitors ahead with the game’s first penalty after 28 minutes, following Marcos Alonso’s mistimed challenge on Daniel James, but Mason Mount met Alonso’s pass with a first-time finish to restore parity before the interval.

Despite Gelhardt’s heroics, it was Jorginho who had the final say with another confident penalty after Mateusz Klich brought down Rudiger to keep third-placed Chelsea firmly in the title picture.