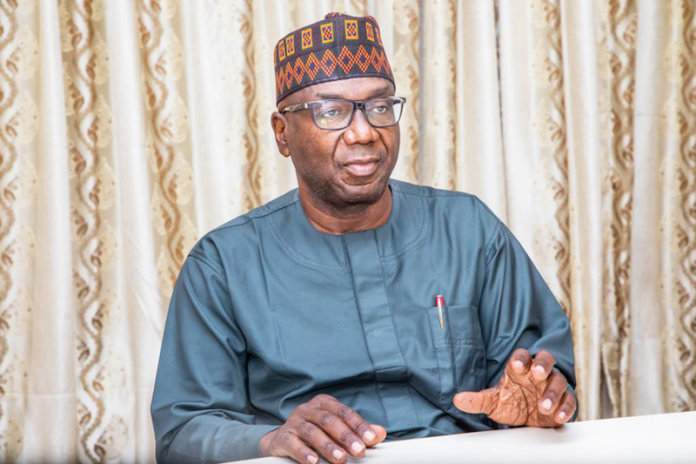 Speaking at a women empowerment programme tagged: ‘Cracking the glass ceiling’, held at Ilorin Township Stadium, the governor said the purpose of signing the bill was to further ensure that the trend of women inclusivity is sustained. The event also commemorated the United Nations 16 days of activism against gender-based violence which started on November 25.

The governor, who said the programme was aimed to bring to the fore the impacts women can make when given a fair competitive chance in all spheres of endeavour, added that the event provided the opportunity to celebrate women, especially Kwara women, who have carved a niche for themselves in their respective callings.

Abdulrazaq also said there should be no limit to the dream and aspirations of every woman and girl irrespective of their religion or socio cultural leanings.

It is recalled that the governor appointed 56.25 percent female when he constituted his cabinet.

Also speaking, the wife of the governor, Olufolake Abdulrazaq, said the governor appointed 50 percent women as permanent secretaries, with a woman as the head of civil service of the state, to also promote women inclusion.

“He equally appointed a woman as the head of Kwara State Internal Revenue Service. We have beautiful stories to tell of Kwara women who have challenged stereotypes and cracked the proverbial glass ceiling to get to the peak of their chosen careers. Madam Sarah Jubril, Justice Raliat Elelu, Dr. Nike Alade, and

Hajia Bola Shagaya are some of Kwara women who have blazed the trail in this regards.”