Properties worth millions of naira were yesterday gutted by fire following electric surge that happened in one of the shops opposite state Arts and Culture center, Ilorin, Kwara state capital.
During the incident, six shops at the centre were seriously affected as the goods already bought by the owners of the affected shops for Christmas selling were destroyed.
It was gathered that the incident which happened at midnight had destroyed all goods in the shops before the operatives of the State Fire Service could get to the scene on a rescue mission.
Speaking with our reporter, one of the victims, Mrs Anifat Adetoro, who sells unisex ready-made clothes, fashion accessories and claimed to have restocked goods two days ago to enable her to sell the December market met her shop totally destroyed.
She said: “I just bought new goods a few days ago to enable me to meet up with December demands, i received a call from one of my neighbours around 5:23 am when I woke up to perform early morning prayer, and I was told that fire have burnt our shops and we met operatives of Fire Service on ground trying to quench the inferno as at the time we got here, if not for them, almost all shops in this building would have destroyed.”

She added that “goods in my shop alone worth three million-plus; because I also sell jewelleries and I just got a jewelleries order to deliver to a client in Saki, Oyo state by Monday and all these were destroyed.

“I want government and well to do people in the society to please come to my assistant because this is all my life, our kindhearted governor should please come to our rescue”.

Another victim, Mr Owolabi Akeem, who sells animals drugs, feed and poultry equipment said “I got a call around 5:30 am and I was devastated with what I met. I don’t even know what’s next in my life, we will be grateful if the government can come to our support in terms of financial aid to pick up ourselves again. Added that my goods in the shop valued four million naira above, and on the cause of the inferno, we cannot say precisely, It’s only God that knows the cause”

“It was DPO ‘B’ Division of the Nigeria police Force Kwara State Command Ilorin, who quickly summoned the Brigade to the scene of occurrence at about 05:35hrs this Morning”

“However, firemen were able to eliminate the ravaging fire on time. And out of 41 shops, only 6 shops in the shopping complex were affected”

He therefore, said: “the inferno was caused as a result of electric surge from one of the shop”. 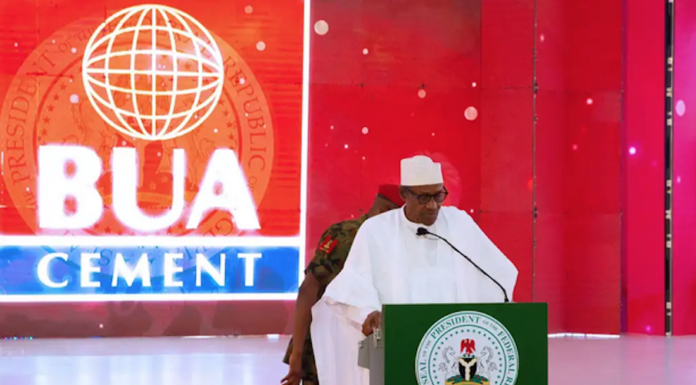