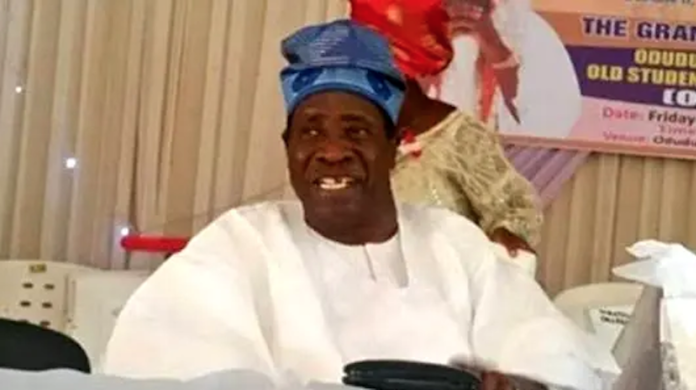 Former President, Chief Olusegun Obasanjo has said the late Justice Bolarinwa Oyegoke Babalakin was until his death and for many years, one of his consultation arrowheads and contact points, describing the deceased as a true senior brother, counsellor, mentor, friend and confidant that would be sorely missed by him.

The late Babalakin, was the father of Dr. Wale Babalakin, and one of the country’s eminent jurists, who died on Saturday at aged 94.

In a condolence letter to Babalakin’s junior, a copy made available to newsmen in Abeokuta by Obasanjo’s Special Assistant on Media, Kehinde Akinyemi, the former president said he so much valued the late Justice, “so very much for his wise and sagacious counsel.”
Obasanjo declared “the Late will be sorely missed by me.”

The former President said that, “although we are deeply saddened to hear of his transition, we are comforted by the knowledge that he lived a full, distinguished and useful life of service and devotion to his community, his State, the nation and to humanity.”

“We commiserate with you and the entire good people of Osun State and pray that Allah, in His mercy, will comfort you and other members of his family.
“Justice Babalakin will for long be remembered for his immense contribution to the building of this great nation, Nigeria.

“In all respects, he was a titan: a good man, an inspiring leader and remarkable statesman whose intellect, integrity, hard work and vision impacted significantly on the legal profession.

“He served the nation in many challenging positions, notably as Justice of the Supreme Court of Nigeria from where he retired in 1992.

“In all of the positions he held, Justice Babalakin earned the respect and confidence of Nigerians and non-Nigerians by dint of hard work, professional excellence, devotion to duty and resourcefulness,” Obasanjo wrote.

He added: “Indeed, throughout his entire career in the public service, he demonstrated rare qualities of commitment and courage, always upholding the cherished tradition of the public service and left behind a name that was thoroughly bathed in honour and dignity.
“Justice Babalakin’s name will live forever in the minds and hearts of those who experienced his warmth, generosity and guidance.

“As a community leader and a prominent patriot, Justice Babalakin earned the respect of his people, not only for the great commitment that he had for the progress of Gbogan, his hometown, and the rest of Osun State but also for his abiding faith in national unity.

“He exhibited very good leadership qualities, wisdom and wealth of experience which indeed he put to use in the discharge of his responsibility to his community and the nation as a whole.

“Until his death and for many years, he was one of my consultation arrowheads and contact points, majorly on the socio-political issues in Nigeria. He was indeed a true senior brother, counsellor, mentor, friend and confidant,” Obasanjo said.

Meanwhile, the President of the Dangote Group, Alhaji Aliko Dangote yesterday paid condolence visit to Dr. Wale Babalakin at Gbongan, Osun state, to commiserate with him over the death of his father.
During the visit, Dangote offered prayers at the burial site of the late Babalakin.