•Pay N7.5bn each as initial deposit

Three telecoms operators, MTN, Airtel, and another company whose identity was not disclosed but simply described as a strategic company by those in the know, have indicated their interest to bid for the 3.5GHz spectrum auction on December 13, in preparation for 5G network rollout by next year.

The operators were able to beat the deadline for the Expression of Interest (EoI) to bid for the country’s 3.5GHz spectrum licence, which closed 5pm yesterday.

According to the conditions for EoI set by the Nigerian Communications Commission (NCC), each interested operator was to pick up the form, fill it and submit on or before 5pm yesterday, accompanied with a non-refundable 10 per cent initial deposit of the reserve bid price, which NCC had fixed at $197.4 million (N75 billion).

There were initial fears that operators might back out of the auction process because of the perceived high reserve bid price of N75 billion. The development was revealed yesterday in Lagos, at a master-class organised by TetConsult for policy makers, regulators, operators and financial institutions, in preparation for a successful auction of the 3.5 GHz spectrum licence.

It was gathered that the second and third operators paid yesterday.

THISDAY gathered that the third operator actually indicated interest with payment of N7.5 billion initial deposit, as at yesterday.
According to the source, MTN had earlier indicated interest and paid the initial 10 per cent deposit, while Airtel and the other new operator paid just before the close of the EoI.

Explaining the need for the master-class on 3.5GHz spectrum auction, CEO of TetConsult, and former Secretary General of Commonwealth Telecommunications Organisation (CTO), Mr. Shola Taylor, who was one of the resource persons at the master-class, said it was designed to introduce the different types of spectrum auctions, and to examine the fundamentals of the auction type that the NCC was adopting for the 3.5GHz.

According to Taylor, “Auctions have become one of the most transparent ways of selling spectrum, because it allows the government, the regulator, and the operators to have level playing field where things are clear in terms of what kind of spectrum is put out for sale, the licensing conditions, and the value of the spectrum licence.”

The five days forum, which commenced yesterday in Lagos, was to look at the reserve auction price and benchmark it with spectrum auctions carried out in other parts of the world. It was also to look at possible bidding strategies for operators, and how the regulator, the operator and the federal government could have a successful auction of the 3.5GHz spectrum that will turn out to be unbiased and free from any kind of litigations.

On the part of the financial institutions, the forum also looked at what strategies the banks could deploy when operators asked for loans to finance the 3.5GHz spectrum rollout.

Taylor warned that government should not use the occasion of the 3.5GHz spectrum sale to make so much money to the detriment of the operators.
One of the resource persons, an expert on spectrum management and a former Director of Spectrum Management at NCC, Stephen Bello, took the participants on spectrum pricing, the value of spectrum, auction and auction designs, the fundamentals of the theory and practice of spectrum auctions, as well as key considerations in setting auction price.

Ahead of preparations for 5G rollout in Nigeria in 2022, the NCC released the draft Information Memorandum (IM) for 3.5GHz spectrum auction last month that will facilitate 5G rollout across the country. 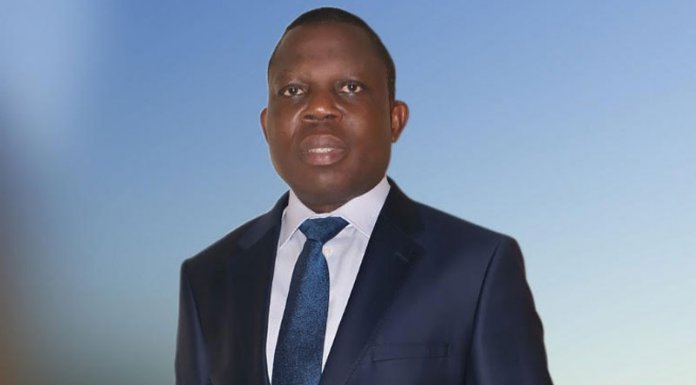