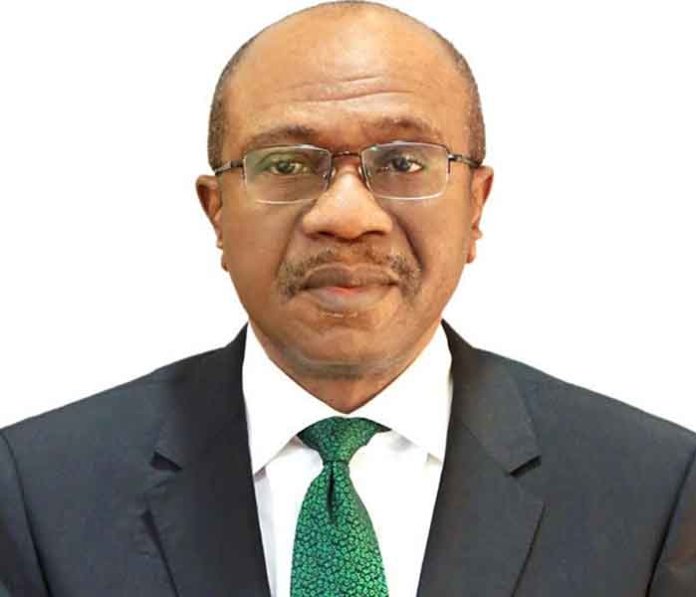 The Central Bank of Nigeria (CBN) Friday   said it would establish an International Financial Centre (IFC) at the Eko Atlantic City by the second quarter of 2022.
The apex bank said the centre would among other things serve investors seeking to invest in critical sectors of the economy.
CBN Governor, Mr. Godwin Emefiele, announced this at the 56th Chartered Institute of Bankers of Nigeria (CIBN) Annual Bankers Dinner in Lagos.
He also said stressed that the proposed centre would serve as a gateway for funds and investments into the country adding that it will be driven by technology and payment system infrastructure.
He identified lack of access to large pools of cheap investment capital as a key constraint to supporting growth in critical sectors of the Nigerian economy, pointing out that the IFC will seek to address this challenge.
Emefiele, in his address to the August gathering said, “Today over $100 trillion is held by institutional investors in the Organisation for Economic Co-operation and Development (OECD) countries, most of it invested in low-yielding assets relative to high-yielding opportunities in Nigeria.
“Working to tap into this pool of funds will require the set-up of an investment framework that offers comfort and security to investors seeking to invest in critical sectors of our economy.”
He said,“In this regard, the Central Bank of Nigeria is working to set up an International Financial Center at the Eko Atlantic City in Lagos that will serve as a hub for attracting domestic and external capital which is needed to strengthen our post-COVID economy.
“The International Finance Center, when fully operational in the 2nd quarter of 2022, will help to position Nigeria as a key destination for investment in Africa.’’
Emefiele had in September hinted that the Nigerian International Financial Centre (NIFC) which will act as an international gateway for capital and investments, driven by technology and payment system infrastructure, would be established within the next 12 months.
The said NIFC, which he termed the new financial hub, would consolidate on the growth and resilience of Nigerian banks and will curate local and international banks to make them global champions.
He further explained that the NIFC will be a 24/7 financial centre that will complement London, New York and Singapore financial centers and enable an acceleration of home grown initiatives including the Infracorp plc.
He added that the NIFC will also complement initiatives on the Nigerian Commodity Exchange and the National Theatre creative hubs for youths as well as the e-naira project which also debuted in October.
According to Emefiele, the NIFC will take advantage of existing laws particularly the BOFIA 2020, Nigerian Export Processing Zone Authority (NEPZA) and other CBN regulations to create a fully global investment and financial hub where monies, ideas, and technology will move freely without hindrance.
Emefiele also said that about $500 million had been invested in indigenous payment systems companies between 2015 and 2020 adding that the platform had continued to evolve towards meeting the needs of households and businesses in the country.
Nevertheless, the apex bank boss said despite the various progress recorded in the banking and financial sector, about 36 per cent of the adult population currently lacked access to financial services in the country.
He said that improving access to finance for individuals and businesses through digital channels could help to improve financial inclusion, lower the cost of transactions, and increase the flow of credit to businesses.
Meanwhile, on the CBN’s policy focus for 2022, Emefiele said the continued implementation of intervention efforts by the bank would sustain the recovery efforts and stimulate further growth of the economy.
He noted that notwithstanding the positive indicators so far recorded as the economy recovers from the impact of COVID-19, growth had remained fragile, as unemployment and inflation rate remained at levels that were not supportive of growth.
He said given population growth at about 2.7 per cent annually, it is important to continue to deploy measures that will enable the economy to attain annual growth rates of over 5 per cent.
The CBN governor said,”Through the pandemic we are aware that our policy responses are often more effective when we work with the private sector.
“For example, the CACOVID alliance played an instrumental role in reducing the negative effects of the pandemic, by providing palliative support to families affected by the virus and in rebuilding our healthcare institutions.”
He said leveraging the strength of the private sector will be critical in mobilising funds that are needed toward building a more resilient and stronger economy.
He said the apex bank would strengthen collaborations with the private sector in order to support investments in critical sectors such as infrastructure, and ICT, in addition to ongoing efforts to build a stronger agriculture and manufacturing base in the country.
Emefiele said:”As a result, all efforts in 2022 must be made to ensure that we maintain our focus on improving access to finance and credit for households and businesses, mobilizing investment to boost domestic productivity, enabling faster growth of non-oil exports, and supporting employment generating activities.”
He said that in an effort to implement policies that would engender growth and employment, the CBN recently unveiled the 100 for 100 policy on production and productivity.
According to him, “Eligible firms must show evidence of their efforts to harness available local raw materials towards the realization of their intended investment.
“Efforts will also be made to support firms that are geared towards producing goods for the export market. The Central Bank of Nigeria is committed to supporting eligible firms with foreign exchange to import machineries and equipment.
” Let me add that routine audits will be conducted on firms that receive funding, to ensure that they are complying with the terms of the program. We believe this programme will significantly help to catalyze growth in critical sectors of our economy, while aiding our efforts to create employment opportunities and reduce our dependence on imported goods.”