This is a familiar story. But it must be told anyway even if it would amount to emphasising the obvious in order to drive home a notorious point. It is the story of how a big power distribution company has been fleecing a small community in the hinterland of the ever bubbling and bustling Lagos. The big company? Ikeja Electric. The small community? Alexander tugged away in a former farm settlement area called Oko-Oba.

Oko-Oba used to be a farm settlement until urbanisation caught up with it. In literal Yoruba, it means the king’s farm. This was one of the areas of Lagos the old Western Region government carved out for farm produce, including cash crops and livestock. Complete with quarters for agriculture extension officers who taught modern farming technics, the settlement was a centre of agricultural activities up to the early 1980s before the encroachment of urbanisation forced the Lagos State government to begin to parcel it out to state officials for residential accommodation development.

Today, Oko-Oba is host to a battery of estate schemes even though vestiges of its original purpose, including the abattoir, markets and livestock feeds stores abound. Perhaps thinking that the new inhabitants are still the uneducated farmers of yore, Ikeja Electric has embarked on its present path of corporate irresponsibility and fraud.

At the onset of the first wave of COVID-19 last year, the transformer of the Alexander community packed up. With the government locking down the state at the rise of the hot season, staying at home without electricity was like being in the famed Hell. And for many members of the community, including the middle and the upper classes, alternative power sources were an expensive endavour. So, they approached officials of the power company to lay their complaints. After a couple of lackadaisical visits to the transformer, they were told what they already knew. The transformer had gone bad. By regulations laid down by Nigerian Electricity Regulatory Commission, the distribution company was to either repair the transformer immediately or replace it with a brand new one. Ikeja Electric did neither of the two. Rather it proposed that the community should sign up for a premium supply agreement. The community replied that it preferred its subsisting arrangement and would want the company to restore power before other issues could be discussed.

For three months, the community waited in vain for a positive response from the power company. Convinced that Ikeja Electricity was up to its habitual game of negligence, the community decided to raise money to replace the transformer. It took about six months to raise the required N7million to purchase a brand new 500KVA transformer and strengthen the weak wires in the community. To add insult to injury, the company insisted on payment of N300,000 testing fee before the transformer could be installed.

With the installation of the new transformer the community was relieved and began to enjoy a regular power supply. Meanwhile, the period coincided with the time Ikeja Electricity began the implementation of its new tariff structure. That was in November last year. The people were to be rudely shocked when the company after it refused to invest in the power supply infrastructure of their community, migrated them from the 24.95kwh to the 51.22kwh premium band, an almost 100% increment. Such effrontery, such a brazen fleecing of customers by a company that has left no one in any doubt of its corporate irresponsibility.

Asked by knowledgeable people within the community to protest this brazen fraud to the regulatory authorities, the majority of the people said it would be a waste of time as nothing would come out of such protestation. Did they not complain to the highest authority of the company when the transformer went bad due to overload? Did it do anything about it for more than 10 months?

For one year, Ikeja Electricity reaped millions of naira from where it did not sow. Three weeks ago, barely one year after the transformer was installed, the community began to witness power outages. Despite the millions of revenues that are collected from the community monthly, the company did not show awareness of the outages until its technicians were pestered to come and do a check. It was found that the digital feeder pillar had not been maintained for one year and had packed up. The company said it did not have a replacement and installed a manual one. The digital equipment is more effective in preventing harm from coming to the transformer in case of a power surge. It had done that a couple of times. The manual feeder pillar installed by the company did not work for two days before it packed up.

Despite the fact that damage was caused by the negligence of its technicians, the company remained lackadaisical about fixing the transformer. When several complaints to its customer service yielded no positive response, as usual, the community leaders decided to write a petition to Folake Soetan, the company’s chief executive officer.

“We demand an immediate repair or replacement of our transformer,” Akin Bashiru, chairman of the residents’ association, told Soetan in the letter that stated the sequence of events, pointing out that the company executive should note that the last three transformers were procured by the community without any compensation whatsoever by the power firm.

It has been one week now since the protest letter was routed to the company’ CEO through its customer relations department. Again, there has been no response. If the ground staff are irresponsible, should the chief executive not be better? With the silence of the CEO, the community has taken its destiny into its own hands and has started collecting levies to repair the transformer.

Not many would express surprise at this story. It is the familiar story of how power companies defraud their customers with the regulatory authorities looking the other way. The point must be made though that there is a limit to which the patience of suffering people could be tasked. Let Ikeja Electricity and its fellow thieving distribution companies beware. 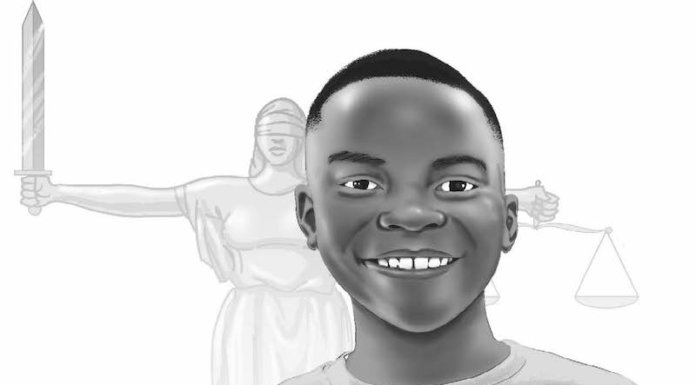