As I watched an interview programme after the Anambra State Gubernatorial election which held last week, I again, saw a negative trend which I have been observing in recent times on such programmes across the different television stations – the Nigerian media seems to be gradually being cowed into submission by a Government that does not tolerate criticism, dissension or hearing the bitter truth. How sad! How unconstitutional and undemocratic. See Sections 22, 38(1) and 39(1) & (2) of the 1999 Constitution of the Federal Republic of Nigeria (as amended in 2018)(the Constitution). The body language of the Television Anchors seems to be that, along with their television stations, they may already have been pre-warned that if they allow their guests to make what Government perceives to be uncomplimentary statements on air, even if they are true, unpalatable consequences may follow. You therefore, see Anchors shutting their guests up ever so often, when they feel that they may be being too verbose or speaking out of turn. Let Government however, remember the famous words of Abraham Lincoln: “You can fool all the people some of the time, and some of the people all the time, but, you cannot fool all the people all the time”. And, more importantly, the words of George Orwell: “If liberty means anything at all, it means the right to tell people what they do not want to hear”!

Do we really think our democracy can thrive and develop under such oppressive circumstances? I think not. Do we even have a democracy? What Nigeria presently has, resembles a semi-autocratic democratic semi-stratocracy to me (stratocracy in that several of those who occupy elective positions, are ex-military)!

During the military regime of Major General Buhari, Journalists, Nduka Irabor and Tunde Thompson, then of the Guardian Newspaper, spent 11 months in prison, not because the information they disseminated was false or hate speech, because it was in fact, the truth, but, because the powers that be detested the fact that the news was circulated. At the time, Decree No. 4 of 1984 had been issued, to further gag the Press. But, today, in a so-called democratic dispensation, what excuse does Government have to shamelessly oppress, harass and gag the media or the public?

Funny enough, my Law School classmate, Jibrin Okutepa, SAN (JSO) was the guest on an interview segment, and the victim of gagging this time around. Part of the discussion, was about the declaration of the Anambra elections as inconclusive by INEC. As I asserted in two of my previous editorials when I discussed the Osun State Gubernatorial election which suffered the same fate as that of Anambra State with regard to the declaration of inconclusivity, JSO was trying to stress the point that Section 179(2)(a) & (b) of the Constitution has set out the parameters for victory in a Gubernatorial election. That, in accordance to the said provisions, once the candidate who secures the highest number of the votes cast in each of at least two-thirds of all the local government areas of the State is determined, such a person is deemed to have been duly elected as Governor. So, that, Ihiala votes outstanding or not, if now Governor-elect, Chukwuma Soludo had already met this threshold, constitutionally he was the winner. The Anchor immediately shut him down as trying to declare the results of the election, without being INEC (which is the only body that is empowered by law to make such a declaration). I was glad that JSO stood his ground, and maintained that he was in no way trying to declare anybody the winner of the election, but simply stating the law.

I have always maintained that INEC is not empowered to declare any election inconclusive, once the constitutional threshold for victory has been met. Some maintain that the Supreme Court decision in Hon. James Abiodun Faleke v INEC SC. 648/2016 is the authority for empowering INEC to declare elections inconclusive. I wonder. Is it that the decision in Faleke’s case can be drawn from the provisions of Section 78 of the Constitution, even though it is at variance with Section 179? Even though the rationale behind the declaration of inconclusivity in this particular instance may be legitimate, since every individual who is eligible to vote and registered so to do, is also empowered by law to exercise this right (see Sections Section 77(2), 132(5) and 178(4) of the Constitution and Section 12(1) of the Electoral Act), a constitutional amendment, a proviso or exception to Section 179 (and the other sections pertaining to the election of candidates) is required; to provide that even in the circumstance that such constitutional threshold has been met, if INEC determines that certain areas have been disenfranchised and they must be given the opportunity to vote, the final results shall not be announced until the results of the outstanding elections are in.

It’s really between a rock and a hard place. On one hand there is disenfranchisement, while on the other there is the clear constitutional provision. Of course, many sceptics believe that the if others are allowed to vote after most of the votes have been cast and counted, some unscrupulous Politicians may seize the opportunity of supplementary elections as a golden opportunity to rig the rest of the election, to get their desired outcome! In fact, many indigenes of Osun State believe that this was the ploy used to deprive Senator Ademola Adeleke of the PDP of his initial victory before the election was declared inconclusive, and Governor Oyetola of the APC emerging as the final winner after the supplementary elections. However, if our electoral process is as transparent and fair as it should be, there should be no reason for this apprehension. Be that as it may, the issue of disenfranchisement is a recurring decimal in our elections, and it is preferable for it to be handled constitutionally within the ambit of the law, instead of how it is being done outside of it.

Granted, Section 78 of the Constitution does give INEC the mandate to register voters and to conduct elections. However, this provision is not superior to Section 179 of the Constitution, which sets out the parameters of how a Gubernatorial candidate is deemed to be duly elected; Section 179 is specific, explicit and unequivocal, while Section 78 is broad and general. The declaration of inconclusive elections, therefore, somehow leads to some type of inter-clause conflict. 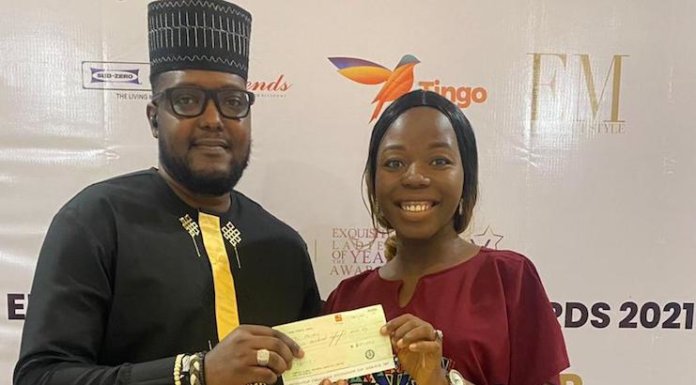