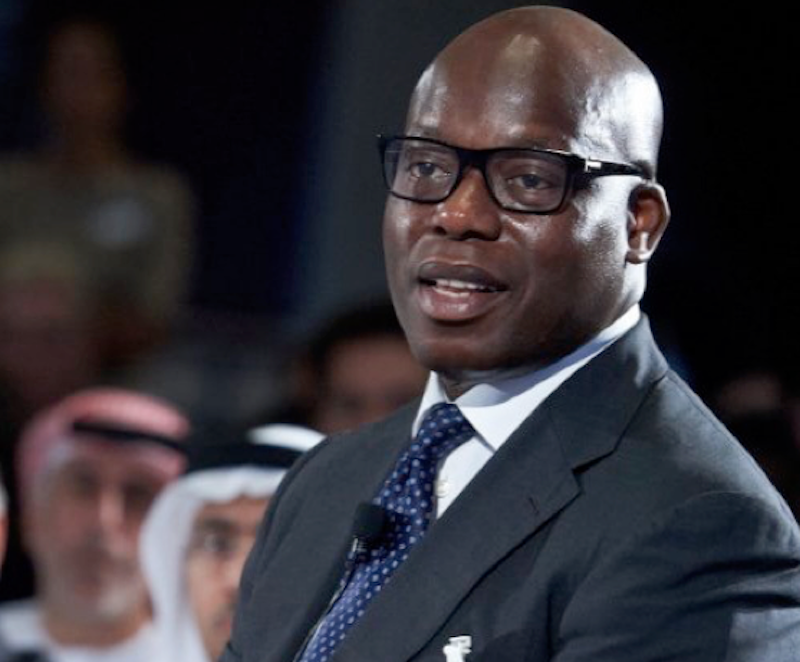 When in November 2011 Forbes Magazine named him King of African Oil, it was only an affirmation of his giant strides and daring exploits in the oil and gas business. The celebration by the international business magazine had come barely eight years after Jubril Adewale Tinubu rebranded Oando.

Though Tinubu, who is the Group Chief Executive, Oando Plc, had ventured into the oil business from the background of legal practice, where his forte was in corporate and petroleum laws, he did not have to grope his way for too long, because he was already armed with a bright torch of academic excellence that illuminated his paths, to the admiration of all.

As a businessman, he has had some bitter-sweet experiences that would take some pages of his memoirs, whenever he chooses to knit them in black and white.

It is not often we see a wealthy man with a good head, a good heart and a literate tongue or pen alongside his wealth.

Interestingly, industry watchers agree that 54-year-old Tinubu must be studied like a book by anyone coming into the industry, as he is acknowledged to know the ABC of the oil and gas business. One of the reasons is that he has always survived even the harshest of attacks and most inclement circumstances in the industry.

Indeed, his stories of triumph have confounded many, leaving even his worst critics to acknowledge the abundance of God’s grace in his life. A good pointer to this was during the peak of the pandemic last year.

While many of his competitors were gnashing their teeth, following the outbreak of the Covid-19, Tinubu seems to be ending the year on a happy note.

Another development that has confirmed his business acumen is that, at the end of his company’s war with the Securities Exchange Commission (SEC), his reputation was not dented in any way. He shamed his critics when the war that many had thought would consume him was settled amicably in July.

His crowning glory was when the shareholders, at the company’s 42nd Annual General Meeting at the Wings Office Complex, Victoria Island, Lagos, passed a vote of confidence in him. The company’s AGM had come in the wake of an out-of-court settlement with the SEC that had suspended the company’s AGM in 2019.

After delivering such a resounding slap to the face of his numerous doubters who insist on remaining blind and deaf to his incontestable greatness, the trained lawyer has already set bigger targets for the current year which he is working harder than ever to achieve, as his primary objective is to keep putting smiles in the face of shareholders.

But one side of Tinubu’s life that is under-reported is his philanthropy. He gives without inviting the cameras, as his life in entirety is guided by the Quranic teachings.