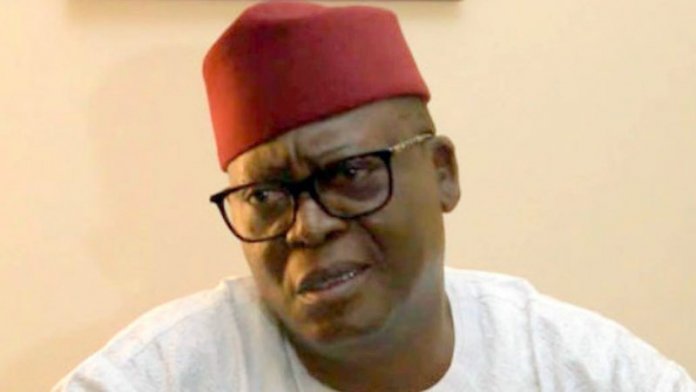 The five-member appeal panel set up by the Governor Mai Mala Buni-led All Progressives Congress (APC) Caretaker and Extra Ordinary Convention Committee for the state congress in Ekiti State has said that no petition was received in respect of the intra-party election in the state.

The former Oyo State Deputy Governor, who is the panel’s Chairman, Chief Iyiola Oladokun, while addressing journalists in Ado Ekiti yesterday, disclosed that no petition was filed by the Southwest Agenda for 2023 presidential aspiration of the former Lagos State Governor, Asiwaju Bola Tinubu (SWAGA) before the panel.

SWAGA had last week inaugurated a factional body in Ado Ekiti, which came few days after the October 16 congress on the strength that the congress was alleged to have been fraught with irregularities.

The National Coordinator of SWAGA, Senator Dayo Adeyeye, had while inaugurating the factional ward and local government executives, alleged that his members were alienated by the faction loyal to the Ekiti State Governor, Kayode Fayemi, called ‘TokanTokan’, prior to the congress.

But while interacting with journalists, the panel chairman said the group didn’t submit any petition before it , querying the conduct of the state congress, where Hon. Paul Omotoso and 35 other executives emerged.

Oladokun said: “We arrived in Ekiti State last Sunday and made our presence known immediately to all members and to whoever that was aggrieved as a result of the October 16 state congress.

According to him, “We commenced operation at the party Secretariat last Monday at 2p.m., we didn’t see anybody to present any petition before us.

“Before we left Abuja, no petition or document of complaints was given to us. We were even here at the secretariat last Tuesday trying to give whoever was not aware of our arrival last Monday the benefit of the doubt, but we didn’t receive anything.

“We leant that all the officials emerged through consensus at the state congress. Despite that, there was still voice affirmation in electing the 36-member executives. Based on this, we are preparing our report to be submitted at the national headquarters of our party.

“No group by the name SWAGA submitted any petition before us. No petition from any group or individual was received in the course of our staying here.”

Oladokun charged members of the executive to unify the party and work hard to win the upcoming local government election slated for December 4, 2021, and the 2022 governorship poll in the state.

In his response, the Chairman of SWAGA in Ekiti State, Senator Tony Adeniyi, said they decided not to file any petition because the body was in court challenging the delegate list used and the outcome of the ward and local government congresses.

He said: “It will be an exercise in futility to be participating in a congress that we are contesting the delegate list used for its conduct. The matter is before the Federal High Court in Ado Ekiti and the matter comes up today (Thursday) for hearing.

“We are awaiting the outcome of the court on the issue.”