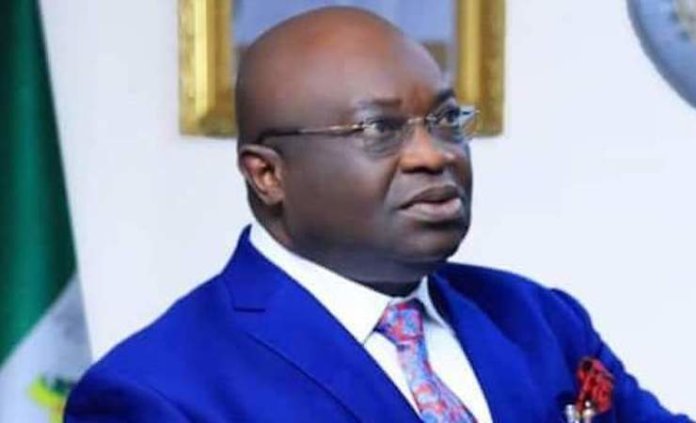 Aba State Governor, Dr Okezie Ikpeazu, yesterday swore in 27 new commissioners to complete his cabinet which has been operating without a full house for over 10 months now.

The governor had retained only five commissioners after he dissolved his cabinet last December but with the addition of 27 others now he is expected to conclude his tenure with 32 member cabinet.

Speaking after the swearing-in ceremony, Ikpeazu said that the new commissioners were “carefully selected” to assist in driving his administration’s vision for a better life for Abia people.

He stated that his administration was on its final lap but assured the people that he would complete ongoing projects and possibly embark on new ones, adding that the new appointees and must be “active players in the socio-political and economic renaissance of the state”.

Ikpeazu sounded a note of warningn, saying that “there is nothng juicy in the appointments”, hence those with the agenda to line their pockets with public funds would be disappointed since they would not see anything to loot.

However, he promised that he would substantially provide the commissioners with the resources tools to do their work, which, according to him, is a call to duty.

While charging the commissioners to maintain their loyalty to the government, Ikpeazu implored them to keep in touch with their localities as government will be relying on them to galvanize support from the grassroots.

A major highlight in the new cabinet compositon is the change of portfolio for the commissioner for information, Chief John Okiyi Kalu, who was moved to take charge of the Ministry of Trade and Commerce. Former Nigeria International, Karibe Ojigwe was placed as sports commissioner.