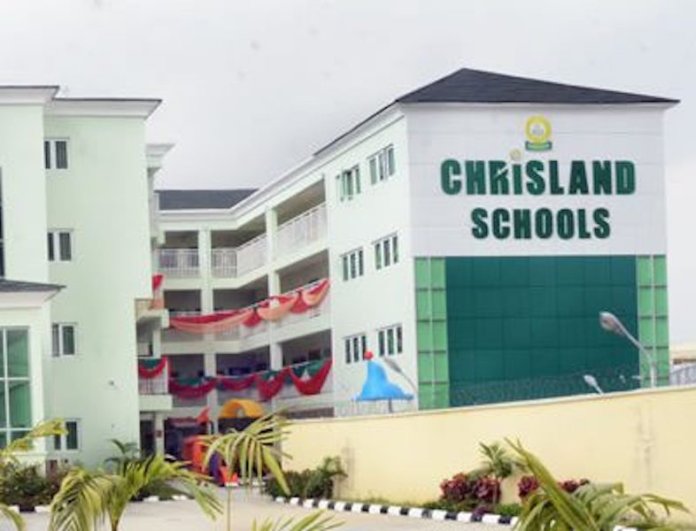 It has been 44 years since Chrisland Schools began making its mark on the Nigerian educational landscape.
From its first school on Ladipo Oluwole street in Ikeja, it has spread its tentacles to establish world-class primary and secondary schools in various parts of Lagos, Abuja, and a university in Abeokuta, Ogun State. Similarly, the school’s alumni network has grown remarkably to include bigwigs in entertainment, sports, politics, education and tech.

However, beyond offering quality education for which it has gained recognition as a top-flight private school, the Executive Assistant to the Managing Director/Head, Academic Support Unit, Mr Oludotun Sotunde, said that Chrisland Schools have also impacted their communities by adopting a culture of giving back to the society.
“Ours is a culture of continuous provision of support and rendering service to humanity especially to the less-privileged through our lofty activities which are not limited to the award of scholarship to indigent candidates but also extended to the provision of food items to low-income earners in our communities,” he added.

As part of continued support to public schools, Mr Sotunde said Chrisland Schools adopted Opebi Primary School in 2011 and constructed a science laboratory for the school. In April of this year, the management of Chrisland schools, staff, parents and pupils again visited Opebi Primary School to hand over the newly refurbished and furnished science laboratory, hand-wash stations among others. He also added that the school’s Interhouse Sports Competition is sponsored by Chrisland Schools Limited every year.

In recognition of the adverse effects of the COVID-19 pandemic on the earning power of its host community in Idimu, where its College is sited, Chrisland visited Olira, Pipeline and OPC Junction suburban communities with food items and provisions for community members on May 31, 2021. Similar gestures were extended to indigent communities in Opebi, Ikeja; Owo in Ondo State and Ikota, Ajah.

Chrisland also supports co-curricular activities among pupils of both public and private schools in Nigeria through its Winifred Awosika Scrabble Tournament for Schools (WASTFS). The tournament, which began in 2010, is aimed at developing the critical thinking, vocabulary and mental alertness of school children.
The six editions so far have groomed quality Scrabble players who have gone on to win both national and international awards.

The last edition of the competition, held at the Molade Okoya-Thomas Hall, Teslim Balogun Stadium, Surulere, had students participate from schools across the country. The top four winners went home with N250,000 (first prize), N150,000 (second prize), N100,000 (third prize) and N50,000 (fourth prize) while the fifth to tenth placed participants got N10,000 as consolation prizes.

As the school continues to deliver cutting-edge educational services to meet modern-day demands, Mr Oludotun Sotunde reaffirms Chrisland Schools’ commitment to touching lives, bringing hopes to homes and contributing to the overall development of education and sports in the country.