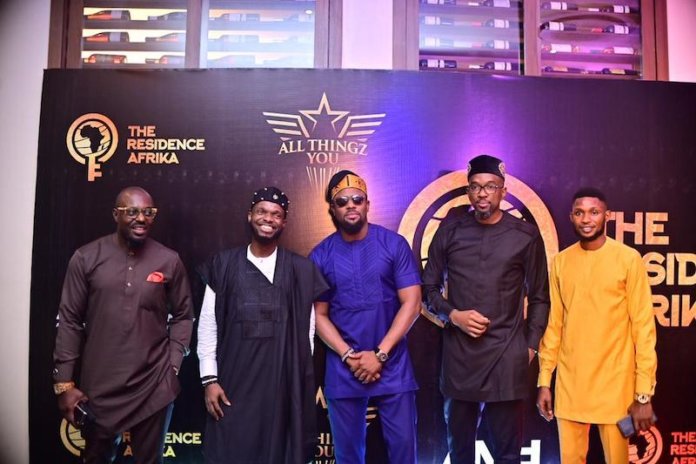 For over two years, Africa Network Entertainment Limited (ANEL) pursued its dream to have a Pan-African reality TV show fervently. The group traversed different cities in the continent such as Kigali, Johannesburg, to find the right partners to share its vision with.

Now, plans are underway to make that dream a reality by March 2022.

‘The Residence Afrika’, is the new reality show that will be birthing on different platforms globally next year. The format is a mixture of adventure, business and culture.

According to the Project Manager, Chuks Anyaduba, ‘The Residence Afrika’ strives to bring the diverse culture of Africa under one umbrella. This, he said, will help curb the ethnic and political divides rocking many countries on the continent.

“We want to create entertainment that is afro-centric and position us as the gateway to Africa,” he said.

Twelve African countries will be featured in the debut season. The countries will have two representatives, a male and a female. Anyaduba said that the show wants to be very inclusive, thus, at the end of the season, two winners will emerge.

The contestants will live in two mansions in undisclosed locations and will participate in a couple of tasks that will determine their fate in the show.

ANEL’s Chairman and Executive Producer of The Residence Afrika; Mr Kelechi Ukadike, hinted that a grand prize of $500,000 will be won at the end of the show.

“There is a possibility for the contestants to win more than $500,000 because they will all have the opportunity to showcase their knowledge, talents and business skills throughout the show especially during brand tasks”.

“We want to see winners emerge as businessmen,” added Anyaduba.

Veteran Nollywood actor and movie producer Jim Iyke who also serves as the ANEL’s Vice Chairman and director of the show announced at the launch party that the debut season tagged ‘The Quest’ will be aired in Africa, the United States and the United Kingdom.

To achieve this, the group disclosed that plans are underway to drive engagement and publicity via digital platforms globally. Organisers are also working on ensuring viewers can vote for their favourite contestants by purchasing credits via digital solutions like Paypal, Flutterwave and Bitcoin. Also, an app is being developed for the show. The Residence Afrika app which will be available on Google Play Store and the App Store will allow viewers to have direct conversations with the contestants and choose their star contestant of the week, every week of the show.

While audition dates are yet to be announced, the group assured that the reality TV show is open to Africans irrespective of status, gender and background.