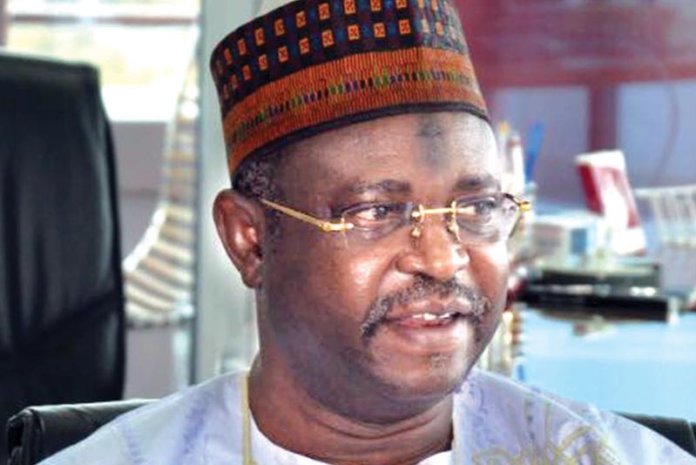 The former Speaker House of Representatives, Hon. Ghali Umar Na’Abba, has said the Nigerian political leaders have destroyed the future of the Nigerian youth as they have refused to allow the political, and socio-economic system to grow.

Na’Abba gave this verdict at The Fixing Nigerian National Youth conference 4.0 held by the Earnest and Ibrahim Foundation with the theme: ‘2023- Engagement strategies for a better Nigeria’.

According to him, the system is wasting the youth which are the future, courtesy of some political leaders for personal gains.

He said: “Soon after the democratic system started, few people, mainly heads of the executive arm of the states and federal government, colluded and ceased the political system.

He alleged that the political leaders “obliterated internal democracy within the political parties, thereby taking away from the people what rightfully belongs to the people.

“Since then it is this set of people that decides who becomes what in this country.Almost no one is allowed to play any important role in the polity unless this people so desire.”

This singular action by these power-hungry people have had disastrous consequences to the polity, amongst them, the denial of the youth to have a voice and space in the polity,” he said.

The former speaker noted that nothing today is more important than to find a way to ensure the relevance of the youth, not just to be politically relevant but to continue to be so, respecting their dignity, as a situation where the youth see themselves as second or third citizens is not acceptable.

He said: “Our effort more importantly is to desire and establish a more viable, inclusive, efficient and effective political system. A return to the era of internal democracy within our political parties is vital.”

Also speaking on the occasion, a member of House of Representatives, Hon. Muntari Dandutse, said the discourse is happening at an apt time as the agitations of the youth is relatable, adding that there is a need for mentorship as the youth has to be brought up to speed on the happenings as it concerns governance.

“In Nigeria the youth is about 65 to 70 per cent constituting the larger populace and can change the polity. The youth is the key and engine of progress. They can be used as a tool to work on landmark progress, they should be ambassadors for peace and desist from violence and activities that create more harm to the society. They should be drivers in moving the country forward.

Ambassador Chibuzo Okereke, Co-Convener of the conference stated, a lot of people are not connected to things going on in government and about governance. He said the strategy is to engage for 2023 to get more youth involved.He said: “This conference has been going on for the last four years and it is based on trying to find a level ground and an avenue for education, conversation like this helps to fix a lot of issues we are experiencing in the country today. And this makes change possible as change is a process and not a one-time action.

Executive Director, Peering Advocacy and Advancement Centre in Africa (PAACA), Ezenwa Nwagwu, while making his presentation titled, ‘Noise or Impact’, stated that all that needs to happen is a mass education that drives people away from noise and that which creates impact.

According to him, there is a need for young people to go into the dimension of solving problems, thereby creating impact rather than noise making.

He said: “We need to educate ourselves, especially documents that have to do with the policies of engagement as most young people are not interested in reading mostly documents that enlighten them on governance.

“Much of the noise is going on, as young people like glamour. Dubious benevolence has created no opportunity for excellence, as aspiration is now criminalised.

“Now the moving trend in primaries is emerging consensus candidate as high economically standing individuals buys all available forms then gift it to whoever they desired, be it a competent or incompetent imdividual. This will continue to create more ‘ass licking’ and not people of impact.

“Knowledge is lacking and ignorance is parading around. What do you know about the polity? Do you know the reason for the naira devaluation? There is a need for education and I am not talking about going to school. Our problem is that we have glorified public office, they are people who should run in office and then others challenge those in office,”he stressed.

Also speaking, Jeanette Washington, an activist stated that the power of the people as being greater than people in power. When at the decision making table an inclusive agenda should be engaged imbibing the beliefs of all also noting the need to make partners with the youth as the future. Adding that Nigeria has an advantage as there is a huge presence of social media influences and influencers.

Mr. Ernest Nwosu, the Convener, explained that the overall goal of the #FixingNigeria 4.0 Conference is for lawmakers, policy makers, CSOs and the media to share ideas on youth engagement as it concerns the active, empowered and intentional partnership with youth, stakeholders, problem solvers and change agents in their communities and to proffer strategies targeted at nation building for a better Nigeria.

He said: “There is a portentous transition looming that will see a generation of patriots and nationalists rise from the brightest and an often ignored percentage of our populace; a great movement of youth that will build upon the foundations set by past and present leaders to create a Nigeria driven by selfless, visionary leadership and strong institutions deeply set in strong democratic doctrine, ethics and values that will promote patriotism.”