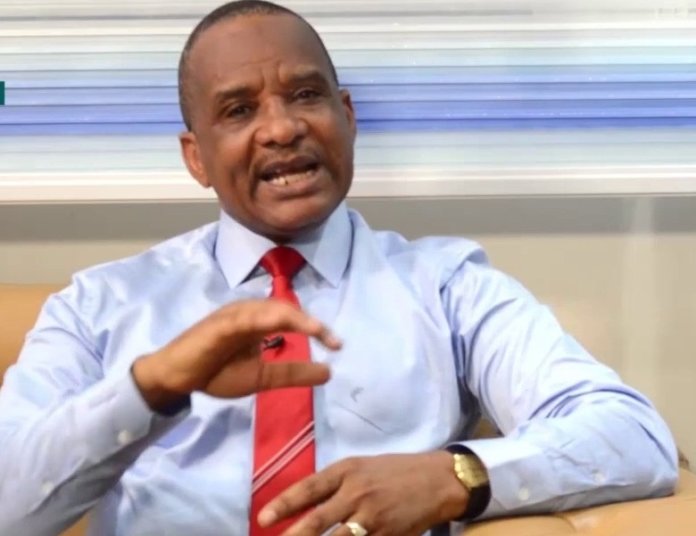 Eromosele Abiodun
A report by the International Maritime Bureau (IMB) has revealed that piracy and armed robbery in Nigerian waters has continued to decline.

The IMB in its third quarter 2021 report stated that piracy and criminality declined by 77 per cent in the first nine months of the year, compared to the same period last year. This is last time Nigeria recorded such achievement was 1994.

This is as the Director General of Nigerian Maritime Administration and Safety Agency (NIMASA), Dr. Bashir Jamoh, has called on the international maritime community to support Nigeria’s bid for reinstatement into Category C.

AJamoh made the appeal ahead of the December International Maritime Organisation (IMO) Council Election.
Meanwhile, according to the IMB, Nigeria reported four incidents in the first nine months of 2021, in comparison to 17 in 2020 and 41 in 2018. This represents 77 per cent decrease in incidents between 2021 and 2020, and 95 per cent reduction from 2018.

IMB also reported 39 per cent reduction in piracy and armed robbery incidents in the Gulf of Guinea (GoG).
The latest figures came on the back of the launch of the Integrated National Security and Waterways Protection Infrastructure, also called the Deep Blue Project, on June 10 by President Muhammadu Buhari.

IMB said, “The Gulf of Guinea region recorded 28 incidents of piracy and armed robbery in the first nine months of 2021, in comparison to 46 for the same period in 2020. Crew kidnappings in the region have dropped with only one crew member kidnapped in Q3 2021, compared to 31 crew members taken in five separate incidents during Q3 2020. All Q3 incidents in 2021 were also against vessels at port anchorages whilst the average successful kidnapping location in Q3 2020 was approximately 100NM from land.”

IMB added, “The overall reduction of piracy and armed robbery incidents in the region is a testament to enhanced maritime security and response coordination measures adopted by regional and national authorities.”

“We welcome the decrease of piracy and armed robbery attacks in the Gulf of Guinea and the efforts taken by maritime authorities in the region. However, there needs to be sustained efforts to ensure the continued safety of seafarers as they transport essential goods throughout the region. Coastal States must redouble their coordination and security measures to ensure that piracy and armed robbery incidents continue to decline,” said IMB Director, Michael Howlett.

Commenting, Jamoh said the Agency had put in place measures to sustain the current momentum of security in the country’s waters.

“We are delighted by this latest news from the IMB and the trend of progressive reduction in piracy and related incidents in our waters, but we cannot afford to be complacent about our commitment to the security of our maritime domain. We will continue to strive for more effective measures to keep Nigerian waters safe and secure, ”Jamoh said.

Speaking at the third Seminar of the Atlantic Center in Lisbon Portugal, Jamoh sought support of Nigeria’s friends to vote for the country into the council of IMO in the election that comes up in few weeks time.

He said: “We ask for your vote and count on your continued confidence in the efforts of Nigeria to work in partnership with other nation states in the Gulf of Guinea to continue keeping our corridor of the Atlantic Ocean a safe passage for seafarers, their vessels and the vital supplies they transport for our common sustenance.”

The DG who also requested removal of Nigeria by the global shipping community from designation as a war risk zone which causes increased insurance premium, also explained recent efforts by the Federal Government to make the country’s waters safer for crew members, vessels and cargoes.

He added that deployment of security vessels on waters adjoining the Atlantic Ocean should be in line with international laws without undermining the national sovereignty of countries within West and Central Africa.

Jamoh said “In 2018, Nigeria initiated a project known as Integrated National Security and Waterways Protection Infrastructure (Deep Blue Project), as a robust tool to combat piracy, armed robbery, and other maritime crimes within Nigeria’s territorial waters and by extension the Gulf of Guinea (GoG).

“To further bolster Nigeria’s effort in fighting crimes at sea, the government signed into law the Suppression of Piracy and Other Maritime Offences Act, (SPOMO) 2019. This piece of legislation gave effect in Nigeria to the provisions of the U.N. Convention on the Law of the Sea (UNCLOS) 1982 on piracy and the International Convention on the Suppression of Unlawful Acts against Safety of Navigation (SUA), 1998 and its protocol. Since the law came into effect, convictions of at least 20 pirates have been secured under the Act with offenders currently serving various jail terms.

“At the regional level, following the United Nations Security Council resolutions of 2011 and 2012 Calling on the countries in the ECOWAS, ECCAS, and the GoG to work together on a strategy to fight piracy, armed robbery, and other illegal activities at sea in the Gulf of Guinea, Nigeria joined other heads of States and governments to sign the Yaoundé Declaration on the 25th of June 2013 to collaborate in the fight against piracy and other crimes in their Atlantic oceans. This decoration known as the ‘Yaoundé declaration’ led to the establishment of the Inter-regional Coordination Centre (ICC Yaoundé)

“Further to this, Nigeria together with the ICC Yaoundé is engaged with the major international shipping industry and commodities groups (INTERTANKO, INTERCARGO, ICS, OCIMF, BIMCO) to develop a framework known as the Gulf of Guinea, Maritime Collaboration Forum on Shared Awareness and Deconfliction i.e. GoG-MCF/SHADE.

“The framework is a multilateral initiative involving industry stakeholders and member countries in West and Central Africa and the Gulf of Guinea on Information sharing and incident reporting, Cooperation at Sea, and Air De-confliction. The G7++ FOGG is another multinational collaboration with regional countries on Maritime Security in the Gulf of Guinea.”