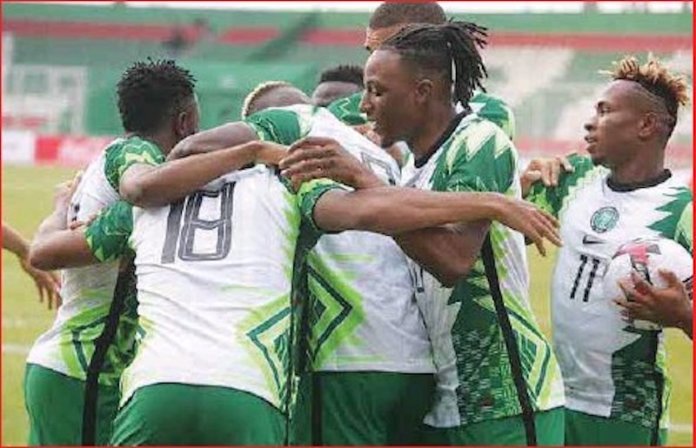 Super Eagles Taiwo Awoniyi scored once as Union Berlin were beaten 3-1 by Feyenoord in their Europa Confefence League fixture at the Stadion Feijenoord, Rotterdam.

The gangling Nigerian international Berlin’s consolatory goal in the 35th minute of the tie in the Dutch city.

Awoniyi was substituted in the 66th minute by Kevin Behrens.

The former Under-17 World Cup winner with the Golden Eaglets has now scored two goals in three appearances in the competition this season.

The Super Eagles forward has now recorded 10 goals and provided two assists in 14 appearances across all competitions for Union Berlin since linking up with the club on a permanent deal from Liverpool.

Union Berlin will host Feyenoord in the reverse fixture on November 4.

Elsewhere, Tottenham paid the price for leaving their star players at home as Dutch side Vitesse Arnhem earned a deserved 1-0 win in the Europa Conference League on Thursday evening.

Vitesse left-sided midfielder Maximilian Wittek crisply converted a volley from the edge of the area, dealing a blow to the visitors’ hopes of progressing comfortably from Group G.

With key players including Harry Kane and Son Heung-min rested, Spurs fielded a different starting XI to the one who beat Newcastle in the Premier League on Sunday and they lacked rhythm in a poor performance.