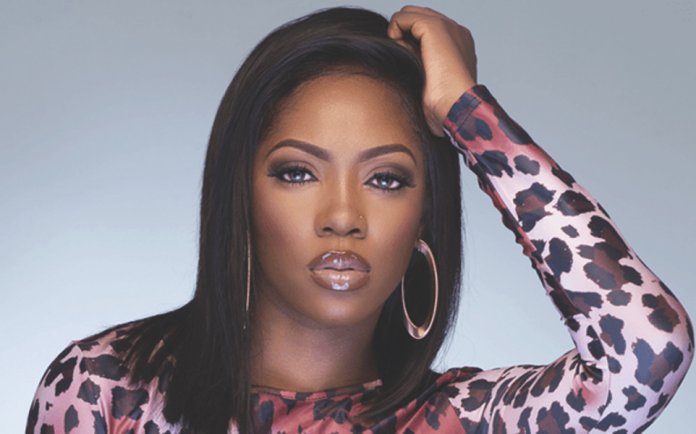 In the last couple of hours, Nigerian singer Tiwa Savage has been a hot topic on social media. A sex tape with a woman that has a striking resemblance with the singer has been making rounds on social media, suggesting that it is the sex video the singer spoke about a few days ago.

During an interview on an American radio station, Savage had revealed that someone got hold of her sex video and was blackmailing her with it. Shortly after her announcement, a fake video was shared on different social media platforms.

However, many social media users believe that the woman in the trending video is indeed the singer, although the man’s face is masked. The video has evoked different reactions from users. To some, the singer has nothing to be ashamed of while to others, it is a shameful act. Some still believe that it is a PR stunt.