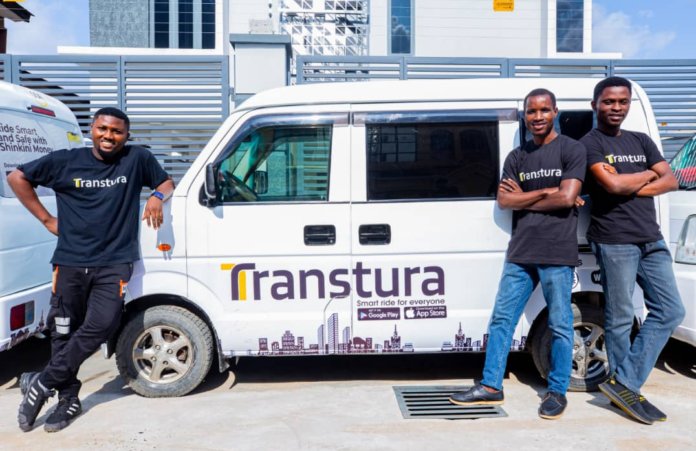 An urban mobility and on-demand courier service startup, Transtura, has launched its operations in Lagos. In a press statement by the company, the startup stated that it is on a mission to redefine intracity mobility across Africa as a viable alternative to the usual public buses.

A statement by Transtura stated that deploying a unique and tech-driven solution, Transtura operates fixed routes for a fixed flat fare at prices that are up to 75 percent cheaper than on-demand ride-hailing services.

The statement also noted that the company through its mobile app allows commuters in Lagos to reserve a seat on Transtura bus from the comfort of their home or office, “and also to order a delivery van to deliver their products and goods to customers and vendors.”

According to the statement, “Lagos is the commercial capital of Nigeria with a population of 20 million people, with over 12 million people out of the number using the public transportation system for daily commute.

“The startup solution aligns with Lagos State Government plan of easing pollution and traffic congestion in the city as it strives to improve the urban mobility characteristics and commuters experience across the state. The city has the highest density of vehicles on the road compared to other states in the country.

“Aiming to ameliorate problem of traffic congestion issues Lagos is known for, Transtura sees a big opportunity to transform a car-centric city into a bus oriented one by offering assured seat, AC environment, safe and smart commuting experience, demand adaptive routes and befitting schedules for office and other commuters.

“It would be recalled that Lagos State Government has been in ceaseless search for possible solutions for traffic and congestion issues that force millions of commuters to spend several productive hours in traffic every day as a result of limited road capacity and infrastructure.

“It was further stated that as part of its pilot operations, the company is piloting with over 20 shuttle mini buses in three major routes (Yaba to Lekki/VI, Iyana-Oworo to Lekki/VI and Ajah to CMS) through its Share Ride service while the Flex Ride and Distri Ride services cover every part of the state.

The statement hinted that the startup plans to double the scale of connecting most of the residences and offices in Lagos within a year before expanding its operations to other States.

Speaking on Transtura and its laudable innovative solutions, the Chief Executive Officer, Vincent Adeoba, said; “There is a huge demand for a safe, affordable and comfortable daily commute option for office-goers and other daily commuters in Lagos State. Our demand adaptive routes and flexible schedules align well with commuters needs who are looking for an affordable alternative way to commute around the city every day. Transtura not only offers a hassle-free intracity mobility and courier service at an affordable rate, but also create a positive impact on environment and road congestion.”

He revealed further that the buses and delivery vans are equipped with real time GPS tracking and advanced safety features.