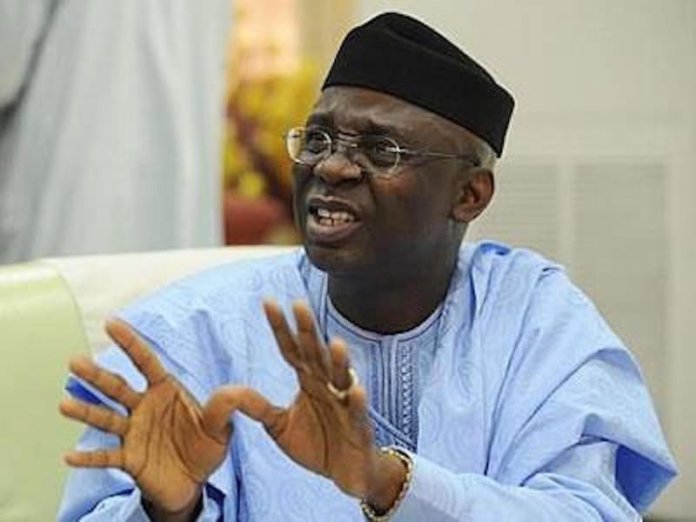 The Serving Overseer of the Citadel Global Community Church (CGCC), Pastor Tunde Bakare yesterday canvassed for electronic voting in future polls in the country, while also not ruling out the possibility of running for President come 2023, “if it is the desire of God with the support of Nigerians.”

He also declared that the controversy over rotational presidency was being fueled by political immaturity, saying the debate ought to have centred on the capacity and character of whoever would be allowed to lead the country.

Bakare, who spoke after a closed-door meeting with President Muhammadu Buhari at the State House, Abuja, was asked if he would be running for the office of the President in 2023, and he said: “Every Nigerian, who is of age and who is not disqualified by any means, is free.
“I’m a nation builder, if God wants me to do that, and the people of Nigeria will appreciate that, why not? I’m as free as anybody to do anything with my time. I’ve pastored a church for 33 years, now we raise new leaders. I want to focus on nation building.

“The Office of the President is only one office, there’re so many other things we can do as people to support whoever is there to make sure that we do not go into retrogression, but begin to make steady progress as a people. I’ve already communicated clearly, my future plans to Mr. President, and it stays between us.”

On rotational presidency, Bakare said: “It’s our immaturity, politically and otherwise, that makes us say power must either be in the North or be in the South, instead of looking for the best, the fittest, the most competent, and people of character, who love this nation.
“Listen to me, if where the president comes from will make the place he comes from to be better, the Northern part of Nigeria should be richest and should be the most progressive and the most developed because out of 61 years, the north has produced either the president or heads of state for 40 to 41 years and yet, see the retrogression in the North.

“If it’s from the South, why should a person like President Obasanjo freeze and seize the account of Lagos State in his own tenure? If it’s from South-South or South-east, why couldn’t President Jonathan use all his powers to develop South-South/South-east?
“Not where they come from, it’s what they carry and what they have to offer. May the best of the best of Nigerians rise, regardless of whether they’re from the east, or from the west, or from the north, or from the south.

“If there are agreements among politicians on rotation, a bargain is a bargain. That’s between them. But as far as this country is concerned, what we need at this stage is a man who can drive us to the Eldorado.”

Bakare also advised the National Assembly to better its record of quality legislation by working to achieve electronic voting in future polls nationwide.
He commended the National Assembly for approving electronic transmission of election results by the Independent National Electoral Commission (INEC), describing it as one of the best things the federal legislature had so far done.

On the recent approval for electronic transmission of election results by the National Assembly, he said: “Perhaps, that is one of the best things the present National Assembly has done, especially the Senate, because with that, Nigerians can vote and then results can be transmitted so easily. Not only that, part of the state of the nation address that I did on October 10, I emphasised how Nigerian youth, especially undergraduates, are disenfranchised in our country.

“22.3 million students are registered, but during election, campuses are shut, they will not be able to return there to vote, therefore disenfranchised. If we can do not just transmitting results, but to be able to vote electronically, that will be wonderful. It will deepen and enhance our democracy.

Bakare, who ran in 2011 on the same Presidential ticket as President Buhari, also said his call for restructuring of the country did not involve balkanisation, but explained that a peaceful restructuring is possible, when justice, equity and the rule of law are allowed to take hold.
According to him: “I’d said it, it’s in the open, the documents are already there. It’s not something I can cover in five minutes. We can do it without shooting any gun. The lecture after lecture after lecture, I have prepared and I’ve made copies available to Mr. President.
“We need to do it, to move this nation forward. The founding fathers of this nation; Sir Ahmadu Bello, Chief Obafemi Awolowo, Dr. Nnamdi Azikiwe, Prime Minister Tafawa Balewa, alongside with their entourage, in Lancaster House and everywhere, agreed on what type of government Nigeria should have. We must not change the goalpost in the midst of the game.
“We are better off together as a nation than going our different ways. But it must be based on equity, justice, fair play and rule of law.”