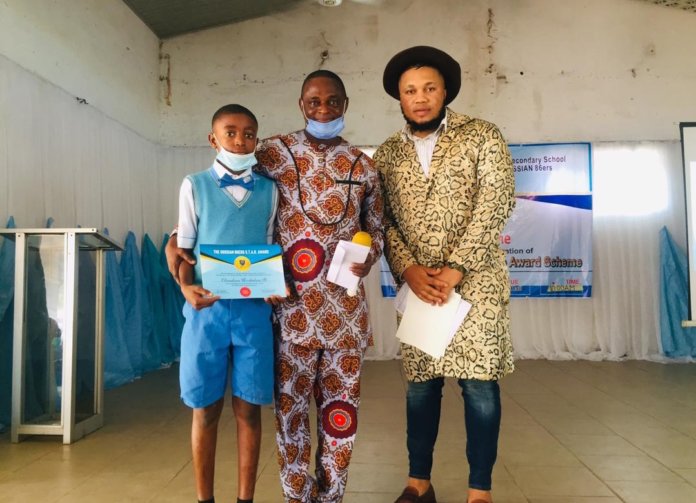 To boost investment in the nation’s education sector, renowned Scientist and Chairman, 1981 to 1986 alumni set of the Government Secondary School, Owerri (aka OGSSIAN 86ers), Onyewu­chi Okere, said its alma mater has unveiled a scholarship foundation in the school, recognising 20 students as initial beneficiaries.

Okere, an Electrical Engineer who led the OGSSIAN 86ers in the groundbreaking of the award ceremony called for more private and public synergy for funding education in the country.

He noted that education is the engine of growth of all nations, saying it not only opens one’s mind to endless possibilities, but also stimulates pro­ductive thought process­es.

Okere noted this at the inauguration of OGSSIAN 86ers S.T.A.R Schol­arship Award organised by the management of the school in collaboration with the class of 86 Alum­ni (aka OGSSIAN 86ers).

The 20 students of the school who were recognised and rewarded with the S.T.A.R Scholarship Awards and Certificates are those that per­formed excellently in their examinations during the 2020/2021 academic ses­sion.

“Education thrives on set principles and theories that are proven and steady progress in the field of ed­ucation through research and application of theories lead to inventions and in­novation,” the Chairman noted.

In a post launch interview with Emeka Mba, CEO, Beacon Premium Solution and alumnus of the Government Secondary School, Owerri, says, “The underpinning philosophy of the S.T.A.R scholarship initiative by OGSSIAN 86ers derives largely from the realisation that the biggest investment in knowledge economy is on Education. Knowledge economy is about investment in quality education, skilled training for our young population, which is antithetical to a Resource based economy”

“Through the innovative scholarship scheme, we seek to promote diversity, revamp school’s extra curriculum in collaboration with the management of Govt College Owerri through our Post Sec Education mentoring scheme,” Mba said.

“The overarching objective of the initiative by the OGSSIAN 86ers is to create a pool of human capital, on-board the identified talents and enhance their potential export competitivenesss in the human capital market. This is not a mirage. With deliberate policy framework, we can scale this initiative, expand the skills growth trajectory, reduce the twin tragedy of unemployment, employability and youth restiveness in Nigeria,” he added.