Wike: The Big Picture is More Important 10 mins ago

New Coach for Ekong, Kalu, Okoye at Watford 19 mins ago

Things Fall Apart and the Air of Nostalgia, Cultural Restitution 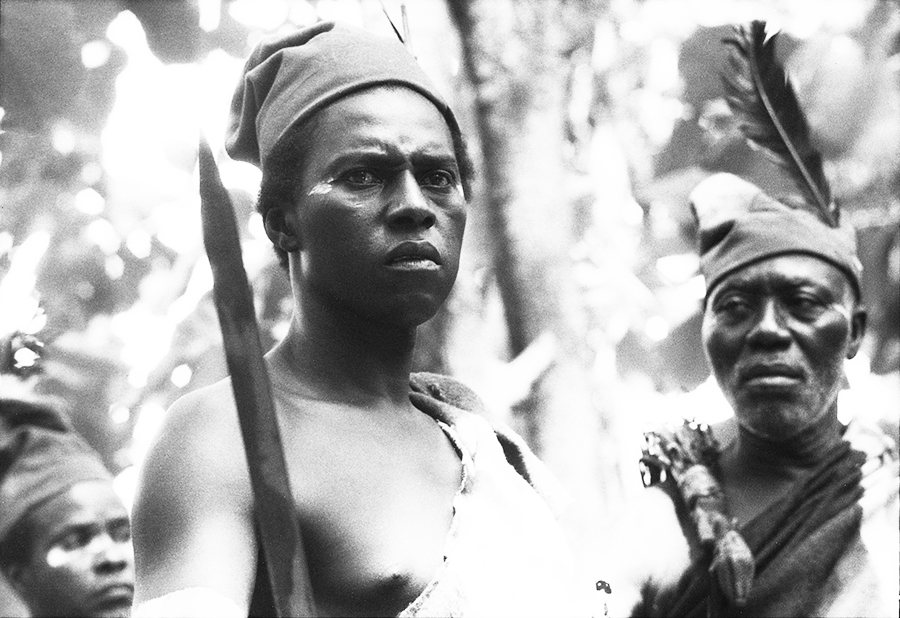 The fifty years’ anniversary of the post-civil war film Things Fall Apart (1971) was like a premiere in itself at the Nigerian Film Corporation Ikoyi – a former colonial film unit – where it was screened for the first time in Nigeria on July 31 at the Festival of Forgotten Films in Lagos. Members of the diplomatic community, culture enthusiasts and film buffs converged on the newly-renovated cinema hall to see the film co-produced by Francis Oladele, a pioneering film maker who produced the first indigenous film in Nigeria- Kongi’s Harvest (1969) which was a film adaptation of Prof. Wole Soyinka’s play of the same title.

Directed by Hans Jürgen Pohland, Things Fall Apart parades the Lagos-born Gambian-Senegalese actor Johnny Sekka (Obi Okonkwo) and Ugandan Princess, one of the first lawyers in Eastern, Central and Southern Africa, Elizabeth of Toro (Clara Okeke) in the lead roles. Also known as “Bullfrog in the Sun,” this film adaptation of Chinua Achebe’s classics blends elements from both Things Fall Apart and another of Achebe’s novels, No Longer at Ease. The Festival of Forgotten Films was an initiative of the Lagos Film Society in collaboration with Modern Art Film Archive based in Germany. Shot in Nigeria, the film was never screened in Nigeria. It rediscovered by the Deutsche Kinemathek in Berlin and curated by Didi Cheeka. Things Fall Apart had its premiere in Atlanta, USA in 1974 and was screened several times in Germany.

Obi, a UK trained journalist returns to Nigeria with his girlfriend, Clara who just completed her nursing school as well. There was nostalgia in the air as the Nigerian Airways aircraft touched down at the Murtala Mohammmed International Airport in Lagos to an atmosphere of funfair in warm reception of Okonkwo. Obi and Clara’s love story goes sour when tradition prevailed over their romance. Clara was born into the Osu caste- a clan considered as outcast in the ancient practice in Igboland. But Obi reassures Clara repeatedly of his love and promised her marriage. However, Obi’s mother’s dying wish was never to witness Obi get married to Clara. Obi decides to honour the tradition by dishonouring the woman he professed to love, even while she is pregnant for him.

Obi’s fiery passion for justice and fight against corruption puts him at loggerheads with the authorities and he is whisked away, tortured and estranged from his family. The film ends with the agony of betrayal and pain on Clara’s face as her son meets the father for the first time.

In the audience was the producer’s son, Lanre Oladele and the co-founder, Freedom Park, Iyabo Aboaba who played the supporting role of Bisi, a 23-year-old sassy lady in the film. The flood of memories evoked by the film was limitless. The audience was reminded of the period where Nigeria had a national carrier and when public transportation was still desirable for new arrivals in Nigeria. Today, Lagos is congested; with noise and air pollution occasioned by lung damaging gaseous emissions from poorly maintained commercial vehicles.

Even in the absence of drone technology, the 1971 flick has some fantastic aerial and establishing shots. Although it was gathered that some part of the films had been lost, 90% was retrieved and the economy of the storyline is still intact. Although earlier critics frowned on the portrayal of violence as a rehash of the past civil war in Nigeria, it was a movie necessary for the period and a historical testimony to the post-colonial effort of African cinema to establish and lubricate cross-cultural relations.

Still photography from the fifty-year old movie are paraded at Tinubu Square in an open-air exhibition in collaboration with LagosPhoto Festival. The outdoor exhibition which has been the cynosure of passers-by runs till September 4. LagosPhoto Festival with its motto Rapid Response Restitu¬tion backed this exhibition which shows the photographs of the legendary writer Chinua Achebe on set, the 1899 in Lagos born actor Orlando Martins – Nigeria’ first international film star – in his last role as Obierika alongside the lead and supporting actors aforementioned.

The Curator, Festival of Forgotten Films, Didi Cheeka gave the audience an insight into the background for the film screening and the festival.

“A few years back, a number of us who are film makers and film critics wanted to create a space where we can stream films that are not specifically Nollywood or commercial movies,” he said. “We wanted to create space for filmmakers who were not making commercial films. We also want to show not just films from Nigeria but we also wanted to show European cinemas.

“We were curious as to what is contained in this building that we have inherited. We decide to walk around a little bit and just behind the building, we found hundreds and hundreds of cans of films. We wondered who allowed the films to go bad. Imagine that you are a film student or a film scholar, maybe you want to make a documentary or you want to do a research, where do you go to look for these films? They don’t exist anywhere. You ask the film maker and he doesn’t have a copy.

The remaining part of Ola Balogun films are still kept in his freezer in his house. This is the tragedy of film makers and celluloids films in Nigeria. We need a place to keep them so that researchers can access.”

Citing his personal example as a film student, he was taught about film movements such as the German expressionists movie; the movies of Charlie Chaplin, Italian, American and French movies with archival materials. Unfortunately, the archives of many Nigerian old celluloid films had been destroyed or poorly maintained.

“It is not accidental that this is taking place now. In Berlin and across Europe, there is a debate about restitution. It is good to have conversations about artefacts but we should also ask about some of the movies that were made by Nigerian film makers before the era of Nollywood. Ladi Ladipo died a few weeks ago and hardly got any mention in the newspapers considering who he was and his contribution to the movie industry.”

Oyinbo Marieke Palmeira, co-founder of Modern Art Film Archive commended the effort of his Nigerian counterparts in reliving this history of film making in Nigeria. “Over 70 pictures were exhibited from the picture archives of the movie taken through the location of the movie, from over 2000 pieces found,” he said. “I was so impressed not only by the art works but the process of detailed curating done in this project. It offered us the chance to go into a dialogue with the past experiences over a shooting of a movie like this that had almost been forgotten for fifty years. Today, we have another chance. We came together to see this movie which is an adaptation of this iconic novel from Nigeria this is also the reason why the German foreign office supports this project of archiving and digitalisation of these films. The preservation of our cultural heritage is so important because once it is forgotten, then we have no chance of seeing them anymore and we then lose our roots.”